Most people probably never think about this service these days. There is a good reason for that too. It does its work out of sight and out of mind. And that work is to provide an awesomely powerful and critically indispensable element of the national defense.

This video will give you a sense of the technological sophistication and prowess of these modern behemoths that can spend as much as three months under the sea, patrolling and defending American interests at home and around the world.

You will see how the submariner of today lives and works on one of these large nuclear powered and armed submarines. The size and the power of these modern machines is mind-boggling.

These boats are incredibly sophisticated in their technological design in every way, not just in the weapons technology, but in the technologies that are needed to keep them viable and livable spaces for their crews who can spend as much as three months below the surface of the sea. For example, they have the ability to make their own fresh drinking water, even their own oxygen from seawater that they take in while submerged hundreds of feet below the surface.

The armament that these ships carry make them the most intimidating force on the planet. Each one of them can be armed with both nuclear and conventional missiles. Just one of these boats alone, when fully armed, is equivalent to the 4th, or 5th largest nuclear armed nations on earth. They can also deliver Navy Seals from the submerged submarine to do their work on shore, or at sea anywhere in the world at short notice. 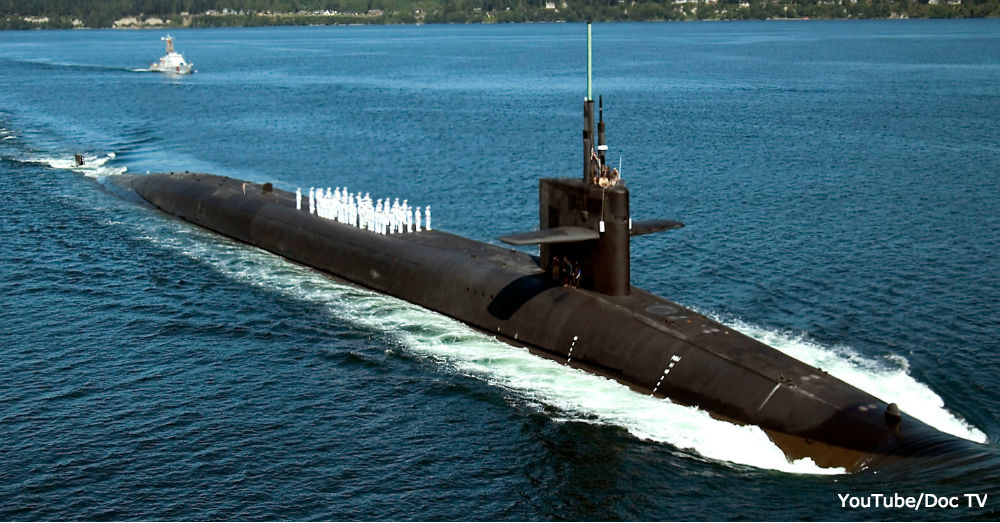 These mighty boats are on patrol running silent and running deep in the oceans around the world, providing a critical part of the national defense. The men and women who serve on them are a breed like no other. Their mental toughness, their technological expertise, their dedication to excellence is utterly unique. They are among the best in the United States Navy.

In an article from the Balance, Chief Electronics Technician (SS) William Murtha who serves aboard the SSBN 741 is quoted saying, “To be a submariner you have to be different. It takes a unique mindset to handle being isolated from people, the sun and fresh air as long as we are…We try to tell people that being submerged at 400 feet is just like sitting on your couch in the living room, but I guess they just can’t get past having that much water above their heads.”

The Veterans Site wishes to honor those who serve in Submarine Service of the United States Navy. We are in awe of your skills and your fortitude. Most of us cannot even imagine what it must take to do what you do. May you always remain Semper Fortis.