This story is just one of the thousands that arose from the fiery hell of Pearl Harbor on December 7, 1941. It is, like all of the other stories, unique. And it reveals the courage and character of those who were serving there that day.

It is a story about an airplane, an unlikely participant in the events of that day, and its crew. The plane, a JRS-1, was built by the Sikorsky Co. of Stratford, Connecticut in 1938. It was built for the Navy to be a small troop transport, a mail plane, and a platform for military photographers. Because of this, it had a particular design.

It was not a pretty plane. It was boat-hulled so that it could land and take off on water, but also had big tires to do the same on land. It was amphibious. Its broad wings housed two large propeller engines.

When all hell started to break loose the morning of the Japanese attack, Ensign Wesley Hoyt Ruth, a very skilled pilot who, according to his son, Thomas A. Ruth, “could fly anything,” was eating his breakfast at the Bachelor Officers Quarters (BOQ) mess hall on Ford Island in the middle of Pearl Harbor. He thought, like so many others did in those early moments, that it was a drill, that is, until he saw the bombs beginning to strike the ships in the harbor.

Ruth grabbed his coat and jumped into his convertible and raced to the airfield. Just as he reached the runway, the Arizona exploded in a huge ball of fire showering the area with pencil sized gunpowder pellets.

When the two waves of Japanese fighters and bombers finished their attack, Ruth was ordered to take the first plane on the strip and go find the Japanese fleet. He was joined by Emery C. “Poppy” Geise, who was his co-pilot, Oscar W. Benefeil Jr., who worked the radio, Amos P. Gallupe who was the plane captain, and two other sailors.

That “first plane” happened to be the Silorsky JRS-1 mail plane. It was no warplane. It was painted brightly with silver and orange-yellow paint, with a bright green tail that was trimmed in red. This gaudy, ungainly, mail plane took off down the runway with its cobbled-together-crew and headed North to find the Japanese fleet.

This was, of course, madness. If they found the fleet, they might have been able to radio a quick report, but they would have most likely been destroyed by the fleet’s guns, or a fighter from one of the carriers.

They searched for several hours, covered some 250 miles, but did not find the Japanese fleet. They now had to head back to Pearl and avoid being shot down by the anxious American anti-aircraft gunners on their return. Many American planes were, indeed, shot down in the crazy hours of that morning. But Ruth and his crew and their mail plane made it back safely.

Ruth was awarded a Navy Cross for what he did that day. The Citation reads, in part, “Although contact with the enemy meant almost certain destruction, Ruth’s courage, airmanship, and skill were at all times inspiring and in keeping with the highest traditions of the United States Naval Service.” 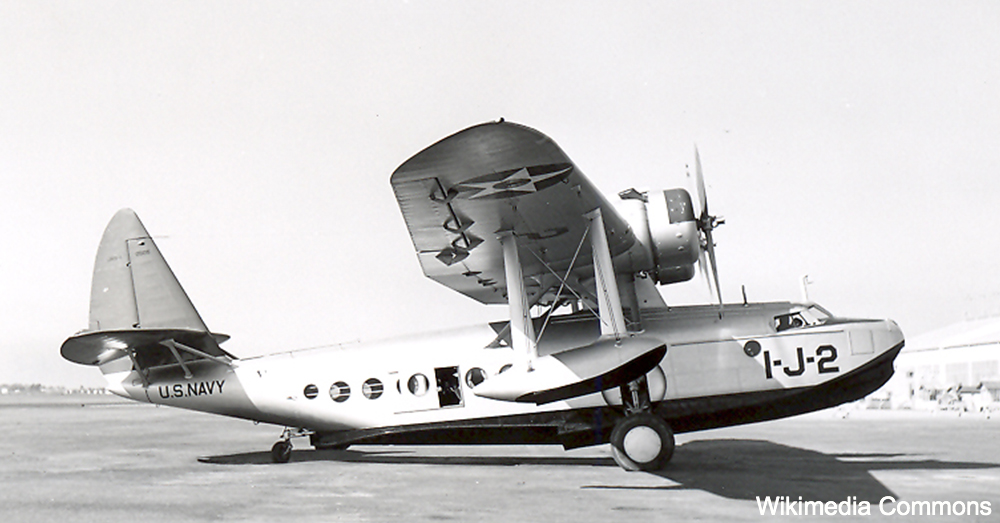 Ruth survived the war and lived to the age of 101. He died in January of 2016. Though he was unable to be at the 75th anniversary memorial celebrations last year, his plane was able to be there. It had been found and retrieved from the military storage by the Smithsonian Institute and Museum. They restored it for the 75th anniversary celebrations.

The Veterans Site honors all those who were at Pearl Harbor on that terrible day. To those who fell that day, and their families, we promise to never forget. To those few who remain with us to this day, we thank you for your service to the nation during its greatest struggle to defend freedom around the world. To the Ruth family we offer our honor and our prayers. We thank the Smithsonian for restoring the Sikorsky JRS-1 that Ensign Ruth flew that day so that we could remember its story and its part on that day.