Hero of the Battle of Shal Mountain, Afghanistan

This video is about a particular battle in the war in Afghanistan. It will give you a sense of the quality and heroism of our fighting forces there, but the efforts of one medic in this battle will blow your mind.

Spec. Jeffery Conn is the essence of a combat medic. What he did and accomplished in the battle of Shal Mountain over the course of three days is unbelievable, but true. 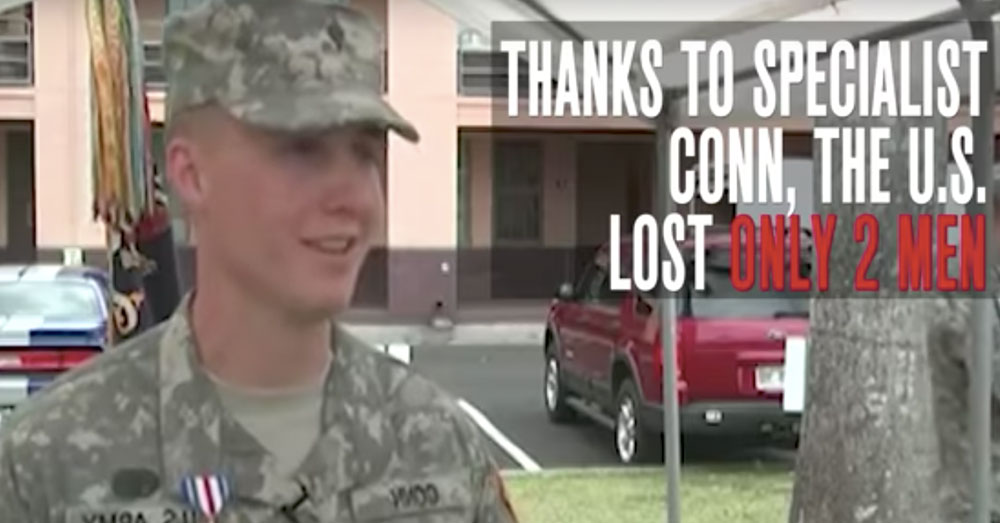 Source: YouTube/We Are The Mighty

As an infantry medic, he is also trained to fight with his men. As a medic, he is trained in the necessary skills to save the lives of his men and women when they are wounded. When the feces hits the occilating blades, and all hell breaks loose on Spec. Conn’s unit, this guy does everything from tsking care of the wounded to firing mortars, to manning the radio.

For his efforts over those three days in saving eight fellow soldiers and helping to hold off and defeat the superior numbers of Taliban insurgents, Spec. Conn received the Silver Star.

Spec. Conn is a true combat medic and an example of courage under fire.

The Veterans Site wishes to both honor and thank Sgt. Jeffery Conn for taking care of his men.