The most decorated military dog of World War I started out as a stray in Connecticut and ended up becoming the only service animal to ever be promoted through combat. Sgt. Stubby, the terrier-mix with a short stubby tail who traveled to Europe during the war with his owner, would see combat on multiple occasions, be used to sniff out mustard gas or listen for incoming shells, and also capture a number of German soldiers singlehandedly. Now the hero dog of World War I is getting his story told on the silver screen.

Sgt. Stubby: An American Hero is an animated movie being produced by Fun Academy Motion Pictures. It opens in theaters around the United States and Canada on April 13. Around 3,000 theaters will be showing the film.

The film features the voices of Logan Lerman (Percy Jackson, The Perks of Being a Wallflower), Helena Bonham Carter (Alice in Wonderland, Sweeney Todd) and Gérard Depardieu (Green Card, The Man in the Iron Mask). 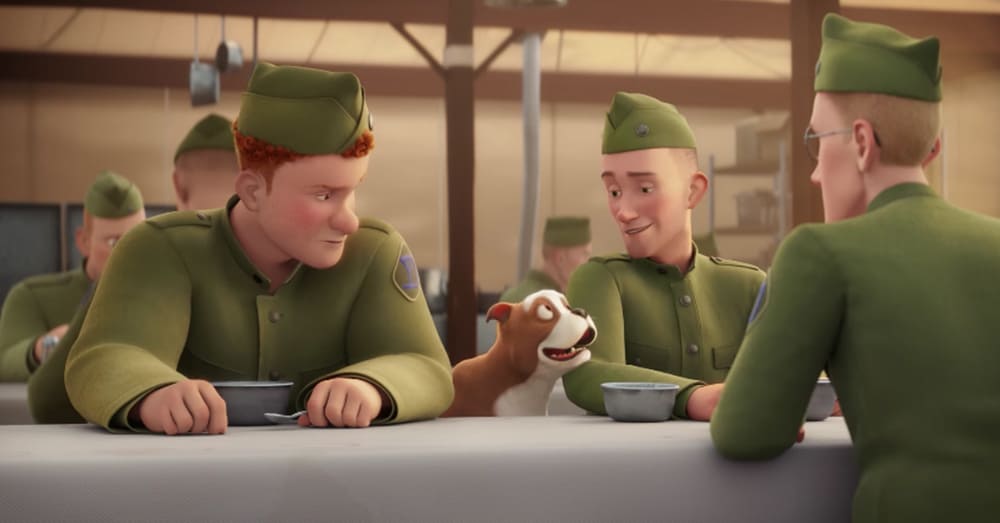 In July of 1917, Private J. Robert Conroy was training in New Haven, Connecticut, with the other members of the 102nd Infantry, 26th Yankee Division. That’s when he found a stray dog and decided to take him in, caring for him at the barracks and naming him Stubby after his tail. Stubby was friendly and gave much needed amusement and distraction for the soldiers about to leave for the war.

When they shipped out, Conroy was able to smuggle Stubby on board and bring him to France. Stubby was the unit’s mascot but also soon proved to be extremely useful as a military working dog. His heightened senses of smell and hearing allowed him to alert the soldiers to danger and save their lives on multiple occasions. He found wounded men on the battlefield and alerted medics. He even captured a German spy all by himself. Stubby truly was a hero. 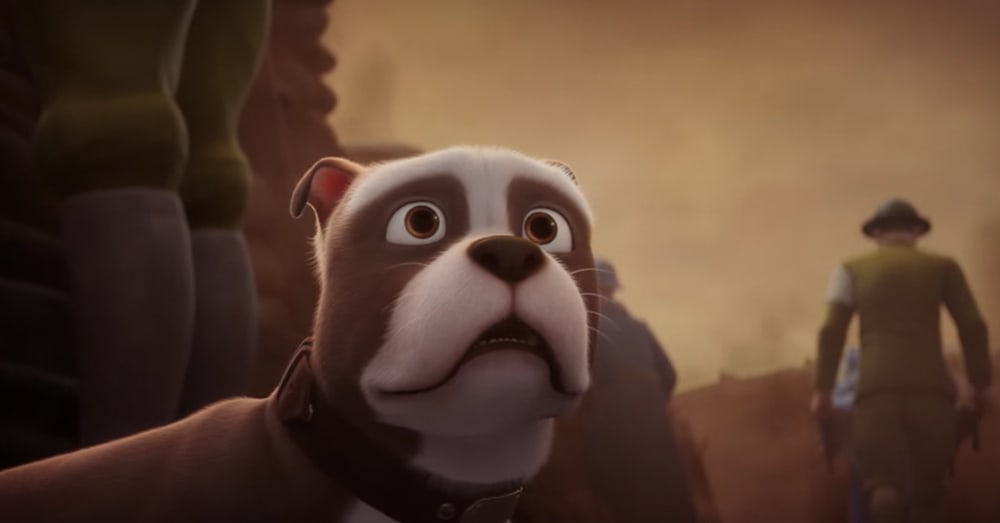 The dog’s actions didn’t go unnoticed either. After getting wounded and then returning to the front lines with Conroy, Stubby was promoted to the rank of Sergeant — making him the only military dog to be given an official rank by the United States Armed Forces. He even out-ranked his owner at that point!

Directed by Richard Lanni, Sgt. Stubby: An American Hero is a family-friendly animated film about the incredible life and service of Sgt. Stubby, along with Conroy and the other soldiers he fought with during World War I. You can search local theaters’ websites to find where the movie will be showing closest to you. More information about the movie — and fun downloads for children — can be found at www.stubbymovie.com.

Watch the trailer for Sgt. Stubby: An American Hero!

Learn more about Sgt. Stubby and his amazing service on the next page!