When Cpl. Daniel Tennant returned to Austin, Texas after his time with the Marine Corps, he had a difficult time adjusting. He was not comfortable in crowds of people, and often refused to leave his house for fear of getting himself into an unfavorable situation.

This is not an uncommon situation for members of the military when they return from war. Many have veterans have problems adjusting to civilian life after serving in the military and tours of duty overseas. Others come home and face a new fight with PTSD, depression and anxiety.

That was the case for Tennant, who immediately began having trouble with his post-military life. Thankfully, a solution on four legs was on her way. 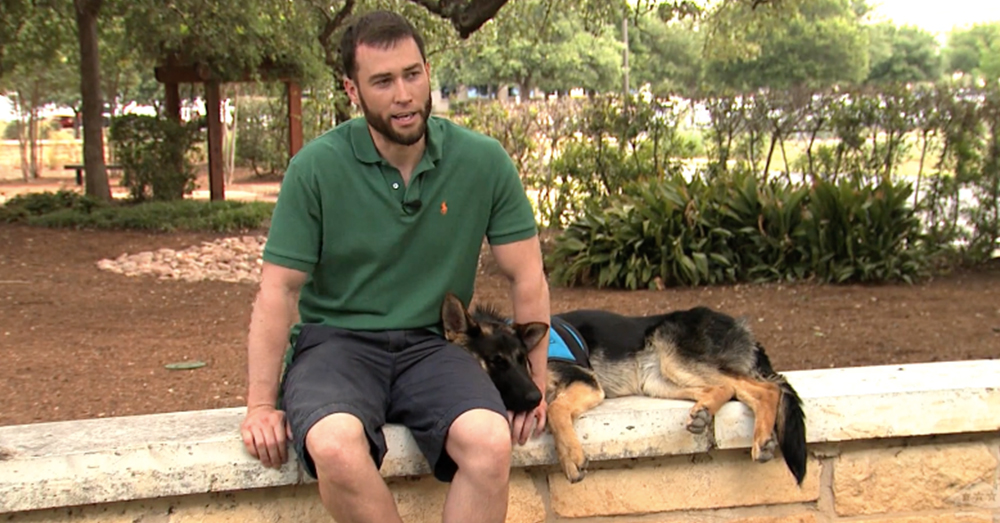 Cpl. Daniel Tennant served in the United States Marine Corps. He was part of a counter-intelligence unit operating in the combat zone of Fallujah, Iraq. After his service in the Marine Corps, Tennant began showing the signs of post-traumatic stress disorder (PTSD), as well as social anxiety, night terrors, and other issues.

“Stores are a big thing for me because I don’t like people behind me, especially if I don’t know who they are,” Tennant said.

To his surprise, Veterans United employees took it upon themselves to pay for the high cost of the service dog for Tennant. 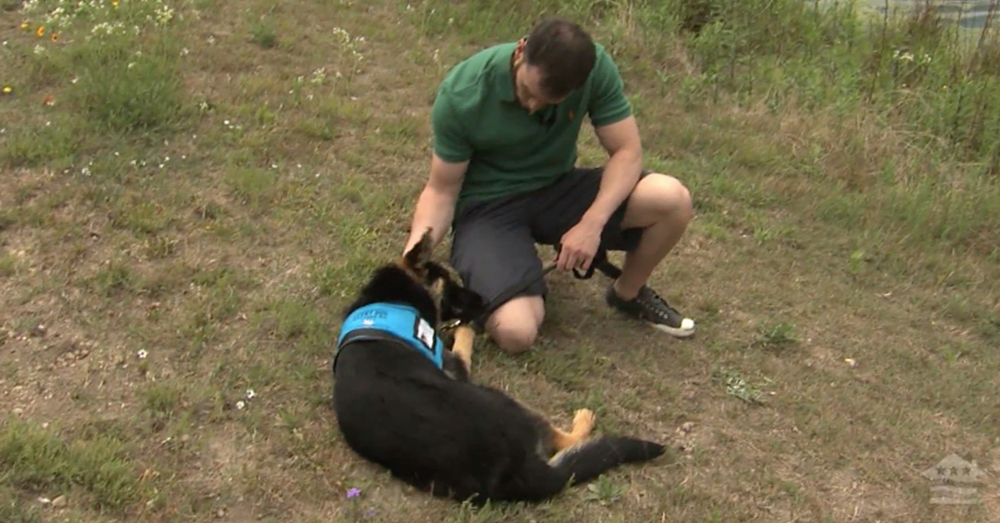 That’s when Missy came along and changed his world. Missy, a 10-month-old German Shepherd, is trained to help Daniel deal with everyday situations, and help him cope with his new life outside of the military and dealing with PTSD. After just a short period, Tennant says he is already much more outgoing and comfortable than he was before, able to leave his house and deal with crowded areas.

Dogs like Missy are helping thousands of military men and women use live their lives once they have finished their tours of duty and are going back to their regular lives. Trained service dogs are able to provide physical, psychological, and emotional support for their veteran owners.

“Not every person or disability is the same. We believe that not every service dog should be trained in the same way,” Service Dogs for Independence says on their website. The service dogs they provide are each specially trained to fit the needs of the individual who will be receiving that service dog. For Daniel, Missy is specifically trained to keep people at a comfortable distance for Tennant as he adjust to becoming more comfortable, social, and at ease with his life as a civilian back here at home.

Learn more about Daniel and Missy in the great video below!