4 Military Holidays In September That Shouldn’t Be Missed!

There are several days during the month of September that provide us opportunities to give thanks to all who have served the country in military uniform from the beginning of our history to the present.

Fighting Under The Stars And Stripes: September 3rd

On September 3rd, Arlington National Cemetery remembers the first time that American soldiers fought under the Stars and Stripes.

It was on September 3, 1777 that troops of the Continental Army went into battle against British and Hessian forces beneath the newly created flag of the United States. Only three months earlier, on June 14, 1777, the Continental Congress had adopted a resolution declaring that, “The flag of the United States be thirteen alternate stripes red and white” and that “the Union be thirteen stars, white in a blue field, representing a new constellation.” 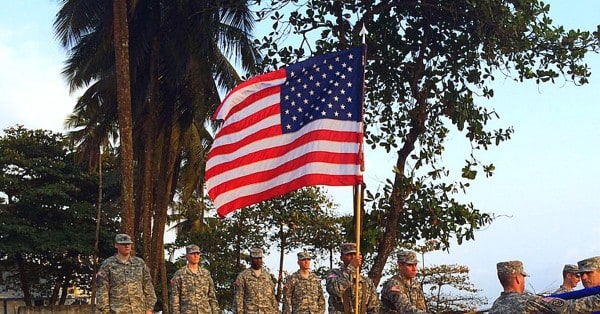 It was at a skirmish near Cooch’s Bridge, Delaware, also known as the Battle of Iron Hill. A detachment of infantry and cavalry troops under General William Maxwell were the first to fight and to die under the American flag. 1000 Americans faced a force of 1300 British infantry with 450 Hessians. 20 Americans were killed in action and 20 were wounded.

Patriot Day is a holiday to remember the events of September 11, 2001. It remembers those who fell that day at the Twin Towers, the Pentagon, and a lonely field in Pennsylvania. We remember the First Responders; all those innocents who died in that terrorist attack.

Though this is not a federal holiday, a bill was passed by Congress to memorialize the events of that day. The flag will fly at half mast at the White House and citizens are encouraged to show the colors at their own homes. While schools will not be closed, the nation is encouraged to observe a moment of silence beginning at 8:46 a.m. when the attacks began on September 11th. 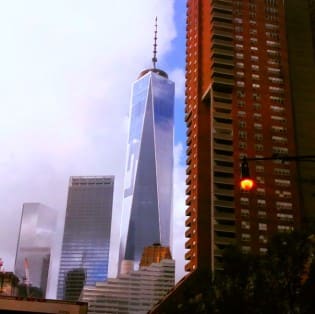 Another day that is celebrated in the month of September is Constitution Day. This holiday falls on the 3rd Friday of the month. Those who have served in the military will remember the opening words to the oath that we took on our induction into the service:

“I _______, swear (or affirm) that I will support and defend the Constitution of the United States against all enemies, foreign and domestic; that I will bear true faith and allegiance to the same…”

The Constitution enshrined the liberties, rights and privileges of all Americans. The first words in the Constitution, as we all know, are, “We The People.” Those three words are both the source and the goal of the Constitution. When we put on the uniforms of our military services, we swore to support and defend what the Constitution represents, and to pay whatever price would be necessary to do so. 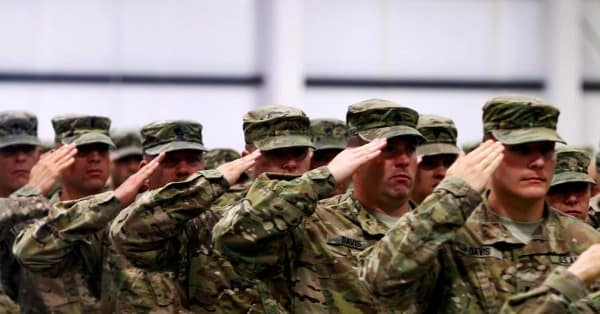 Via The Oregon National Guard

That same day is also National POW/MIA Recognition Day in the United States. On that day we are asked to reflect on and to remember those who, while serving in the military, suffered as prisoners of war, or who went missing and never returned home in all of the wars of our history as a nation.

We still have over 1700 who are listed on the rolls of the Missing in Action. About 90% of these are from the Vietnam War.

All military installations fly the National League of Families POW/MIA flag, which has become a widely recognized symbol of remembrance. Many states will hold veteran rallies and prayers will be said across the nation for those who have experienced being POW’s and those who went missing in action. National POW/MIA posters will be displayed on many college campuses and public buildings to promote the day. Remembrance ceremonies will be held at the Pentagon, at war memorials and museums across the country as well. 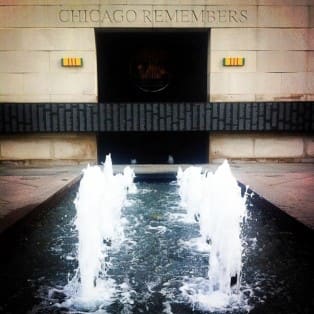 There is a great deal of national history for us to reflect on, to study, and to remember during this coming month. Let us never forget the costs that have been paid for our freedom. Take time on these various days during the month to remember, to honor, or to thank those who have served and who are currently serving.

Remember those who committed themselves to the duties and responsibilities of military service. They were the ones who were willing to bear whatever burdens and to pay whatever price might be necessary in order to protect, to support, and to defend the Constitution of the United States and the freedoms it enshrined in the name of “We the People.”

Remember, too, those veterans this site serves, those who are currently homeless and hungry.

Thank you for your faithful visits to this site to help us in our endeavor to serve those who have, for whatever reason, have temporarily fallen between the cracks.