This video is a reenactment of an actual event experienced by a compound of Navy Seals and other Special Ops troops in Afghanistan. It gives a good sense of the value of a well-trained K-9 soldier in an area and a war like the one in the deserts and mountains there.

On this particular day, Chopper, the K-9 partner of Navy Seal Trevor Maroshek, proved himself to be a very valuable asset for his Navy Seal companions. On hearing that some Taliban were headed in the direction of the Seal compound, Maroshek and another Seal took Chopper out on a reconnaissance patrol to see if they could spot the enemy movement.

As they went they came upon an abandoned motorbike. Knowing that one of the Taliban’s favorite weapons was IEDs and booby-trapped items like this, they sent Chopper to sniff it out. 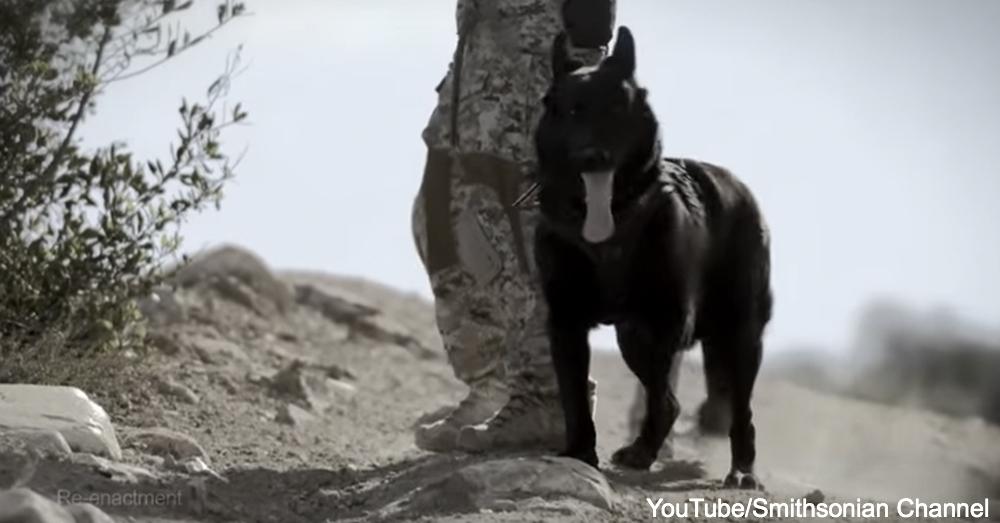 As it turned out, the bike was still warm so they knew someone must be in the area. Again, Chopper did what he was trained to do. He went ahead of the two Seals and when he got a whiff of the Taliban hiding in some bushes, he went straight for them and flushed them out into the open. They were heavily armed, but seem to have been surprised by Chopper. When they came out, with Chopper latched on to one of them, Maroshek and his partner took care of business.

Later, the Seals, who had only recently come to this compound, discovered that the Taliban had planted several hundred pounds of explosives around the area. The Seals believe that the two Taliban that Chopper flushed out of hiding earlier may have been coming to detonate those explosives. Chopper’s skills and instincts may very well have prevented the deaths and injury of the 60 Seals and Special Ops troops in that compound.


These K-9 soldiers have proven their value many times over in the War on Terrorism. The climates, terrains, and geographical locations have made their unique skill and instincts very valuable. They have been extremely useful in detecting hidden IEDs. Those who work with them, know them as fellow warriors, and that they are. They are beloved members of their teams.

The Veterans Site honors the work, the skills, and the bravery of these K-9 warriors. Many have given their lives, or been wounded severely as they fought alongside their handlers.