Three weeks before his scheduled exit out of Afghanistan, United States Air Force Captain Hyrum Bronson managed to find his way to a family vacation that was supposed to be happening without him.

Little did his wife and children know that he wasn’t missing out on anything — he was actually planning one of the biggest surprises of their lives.

The Bronson family was vacationing in Okinawa Island, Japan when wife Bethany and four children decided to go for a swim in the Pacific Ocean. Missing the military husband/father, the family decided they would still share the moment with him by taking a video of themselves. Capt. Bronson was just in time to surprise them, and in the most epic way imaginable!

Military homecoming videos are always great to watch! There is often the element of surprise (our service members like to be sneaky at times!), heartwarming emotions, and inescapable joy from everyone when a member of the military comes home safe and sound. This video, however, goes from being surprising to down right epic. 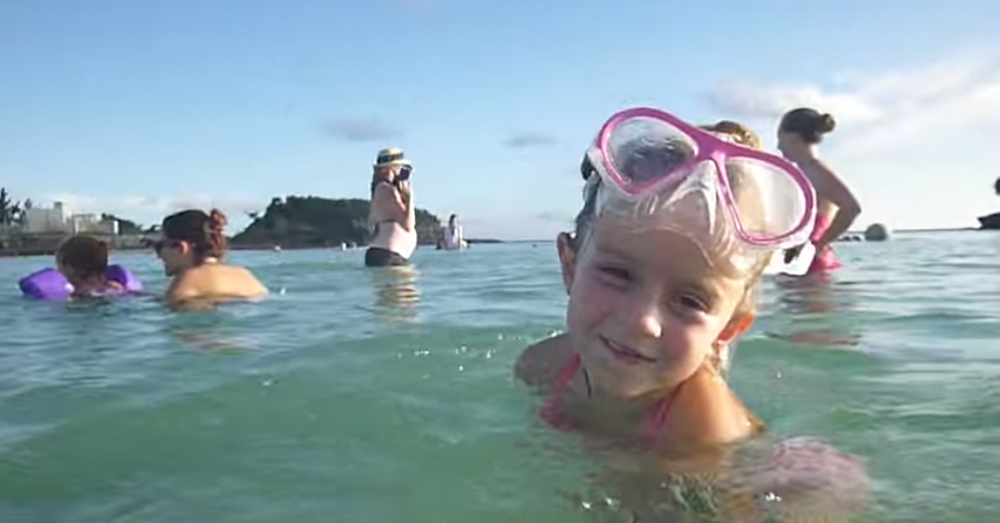 A family friend who was with the Bronsons on their vacation suggested that they make a video of themselves having fun in the water to send to their Airman. They didn’t know, of course, that the family friend was in on the surprise the whole time!

“What would you say to your daddy if he was here now?” the family friend asks the children and wife. After they all say they love him, the friend can be heard saying he’s going to send the video via Facebook right then. That’s Capt. Bronson’s cue!

While the children were recording a video to send to their dad via Facebook, Hyrum was slowly but surely sneaking up on them with the aid of a full scuba gear. Like a shark stalking its prey, he came up on them without a single sign and maneuvered himself into the perfect position to give his lovely family quite a shock! 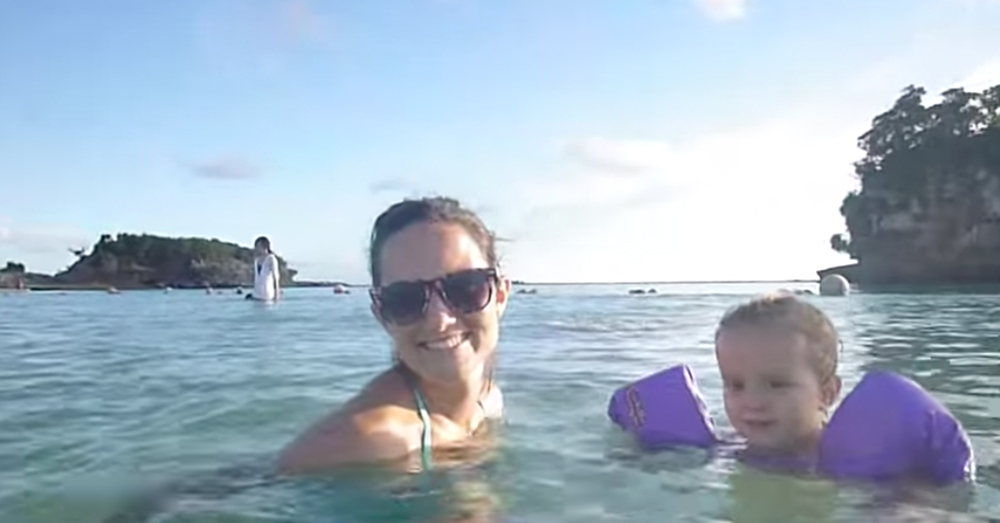 As soon as he stands up in the water behind his wife and daughter, they can hardly believe their eyes!

Bethany wrote on the YouTube post, “After being in Afghanistan for 6 months and 3 months of training in the States before that with only a short month home in between, he is finally home! We thought he was coming home 3 weeks from now, but he is sneaky. We can’t believe he is finally back home with us!”

Check out the video below and see the family’s wonderful reaction.