U.S. Army Chief Warrant Officer 2 Rod Goss has sacrificed a lot of time away from his family during his 31-year career as a soldier. According to Monroe News, Goss has been deployed to 46 countries during 12 tours of duty so far. Most recently he was deployed to the Baltic States in Eastern Europe.

He was supposed to be deployed for several months, away from his wife and daughters from January until August. However, Rod Goss was able to return home early — something his wife, Laurie, was very excited to hear.

Laurie Goss didn’t tell their two daughters, Lyndsey and Alyssa, however. Instead, she got help from the girls’ schools and friends to create unforgettable homecoming surprises for the daughters and their Army dad.

“As soon as he said he was coming home early, I wanted to have the surprises at school,” Laurie told Monroe News. “The schools have supported us so much.” 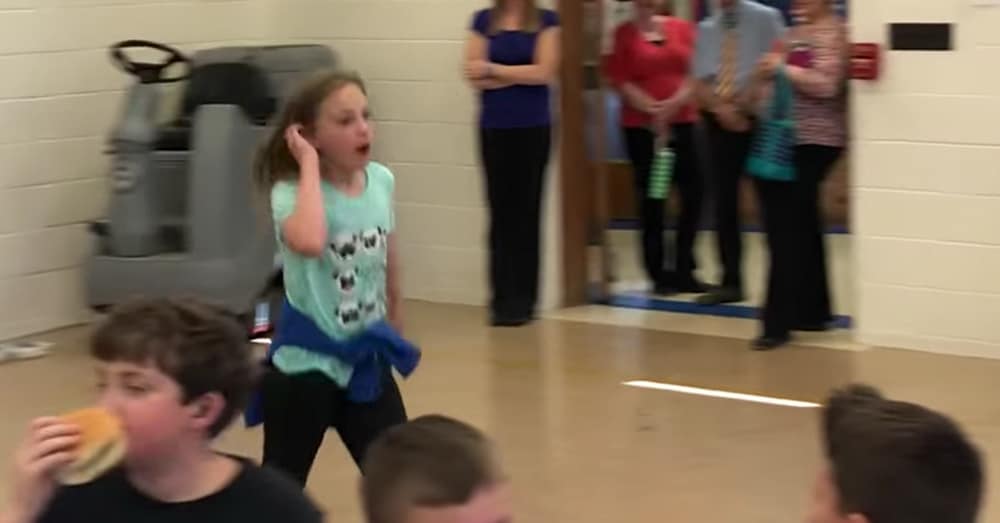 Chief Warrant Officer 2 Rod Goss first surprised his 13-year-old daughter Alyssa at her middle school. Two friends — who were in on the secret — asked Alyssa to accompany them to the restroom from the cafeteria. When they returned, Alyssa saw that someone was sitting in her seat at lunch.

That “someone” was her father, home from deployment months earlier than expected.

Of course Alyssa was ecstatic to see her dad and was completely surprised that he was home! 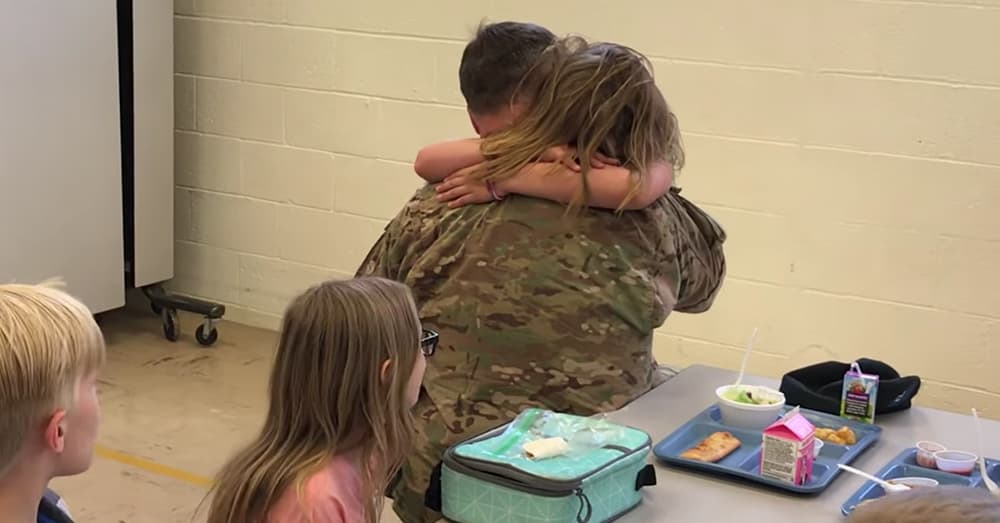 Next CW2 Rod Goss went to the elementary school where his daughter was about to eat lunch. The school let Goss into the cafeteria before lunch began, and he sat in the spot where fourth-grader Lyndsey Goss usually sits. As soon as she entered the cafeteria she saw her dad sitting there.

That surprise was captured on video, and you can see the moment Lyndsey spots her father and starts running towards him, throwing her arms around her dad that was finally back home!

Watch this perfect homecoming surprise below!

Boy Being Bullied For Wearing His Brother’s Navy Uniform Gets A Huge Surprise: Click “Next” below!