This year’s Stanley Cup has a special place in the hearts of some San Jose veterans. As action heated up for the Sharks in Game 4 of the tournament, around two dozen U.S. vets, some homeless, some showing the marks of their service, played it cool in the City of San Jose’s box at the SAP Center, guests of Mayor Sam Liccardo.

“It really is a fantastic opportunity,” Steve Vincent, one of the veterans invited, told The Mercury News. “I’ve only seen the games on TV, and that’s what I’d be doing without this. I really do appreciate it.” 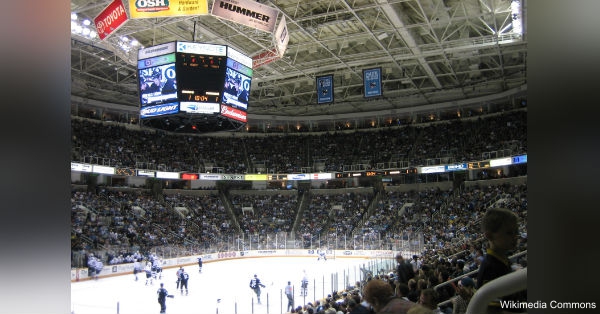 Game 4 of the Stanely Cup Finals took place in the SAP Arena in San Jose, Calif.

The event was made possible by a partnership between public and private entities linked with Destination: Home’s All the Way Home campaign, which Mayor Liccardo and Santa Clara County Supervisor Dave Cortese launched last Veterans Day. The campaign seeks to house the more than 700 homeless veterans in Santa Clara County.

While Vincent and his fellow vets enjoyed Metallica’s rendition of the national anthem, and later mourned the Sharks’ defeat at the hands of the Pittsburgh Penguins, more hope is needed by those who remain on the streets of San Jose. According to Destination: Home, among the homeless veterans in the county, 46 percent are considered chronically homeless, and only 37 percent of them have shelter. 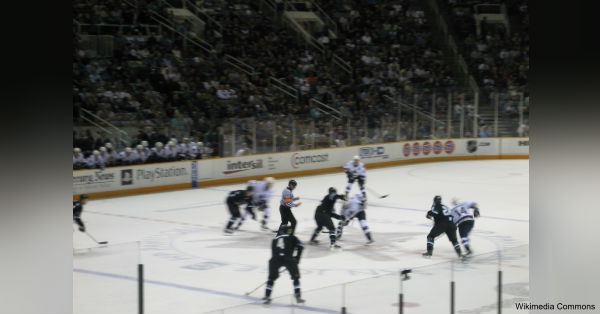 With the All the Way Home campaign, the City of San Jose has promised to commit up to $6 million for new housing opportunities that could serve more than 100 veterans. Additionally, the city’s board of supervisors authorized $1.5 million a year more in housing and services for homeless veterans.

The Federal Housing Authority has almost $7.5 million available each year through Veterans Affairs (federally funded) Supportive Housing (VASH) Vouchers. And the number of veterans searching for housing though VASH vouchers has dropped in recent years, according to The Mercury News, signifying a positive trend. 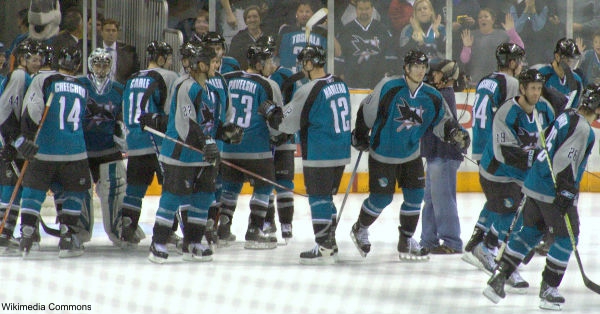 The Sharks lost game 4 of the finals.

“This is a nice opportunity to say ‘thank you’ to the men and women of our armed forces, particularly those who faced and overcame challenges after returning home from their service,” said Mayor Liccardo. “However, there’s still much more work to do. We have a moral obligation to ensure that everyone who faithfully served our country has a roof over their heads.”

Over 60,000 soldiers are currently abandoned on the streets of the United States, where some have been robbed, beaten, and even lost their lives. Often all that stands between them and a home of their own is the deposit. But as most chronically homeless veterans do not have jobs or income to cover that required cost, they remain on the streets. Follow this link to find out how you can help.