Why Is Saint Michael So Important To Airborne Troops?

Nearly every profession, and many in the military, has its own patron saint. These figures are steeped in religious tradition and prose, but if the saying, “There are no atheists in foxholes,” has any truth to it, they can be called on by anyone in moments of extreme stress.

For airborne troops, Saint Michael is the name spoken during those times.

Saint Michael is a prominent figure in the Christian Bible, the Hebrew Bible, and the Quran. In the Hebrew language, the name Michael roughly translates to a question, “Who is like God?” This question is rhetorical, and backed by Saint Michael’s sword, the answer is explained throughout the world’s most revered and ancient texts: no one. 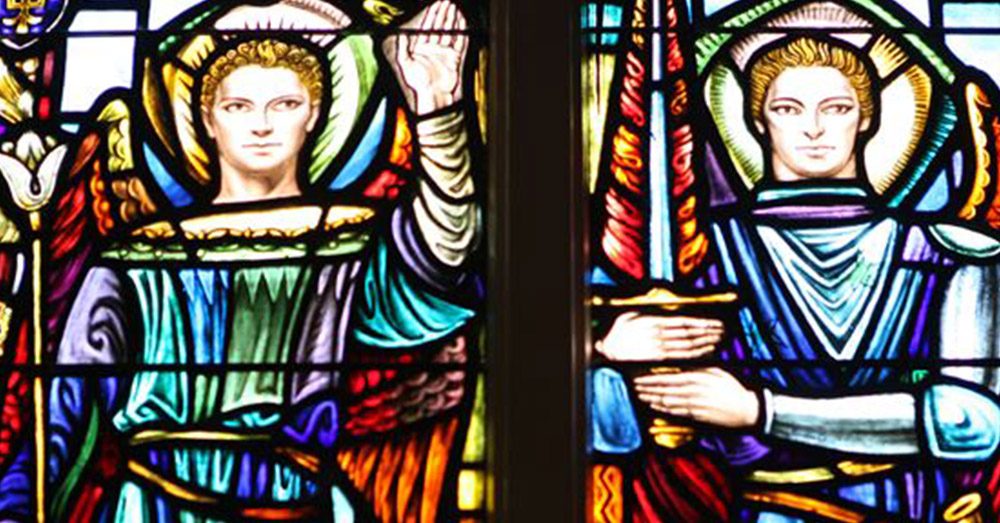 Source: U.S. Marines
St. Gabriel and St. Michael along with a host of other saints adorn the windows of St. Francis Xavier Catholic Chapel aboard Marine Corps Base Camp Lejeune.

In the Christian Old Testament, the archangel Michael is the protector of Israel. Later on, in the Book of Revelation, Michael leads the armies of heaven against the fallen angel, Satan. In Islam, Michael, sometimes spelled Mīkāl or Mīkāʾīl, is the archangel of mercy, feeding the infirm, while commanding rain and thunder, as well as his angelic legions.

In an Interpretation of the Christian Bible’s Book of Daniel, in which Saint Michael is first mentioned, Theodoret of Cyr (393-466) wrote, “We are taught that each one of us is entrusted to the care of an individual angel to guard and protect us, and to deliver us from the snares of evil demons. Archangels are entrusted with the tasks of guarding nations, as the Blessed Moses taught, and with those remarks the Blessed Daniel is in accord; for he himself speaks of ‘the chief of the Kingdom of the Persians,’ and a little later of ‘the chief of the Greeks,’ while he calls Michael the chief of Israel.'” 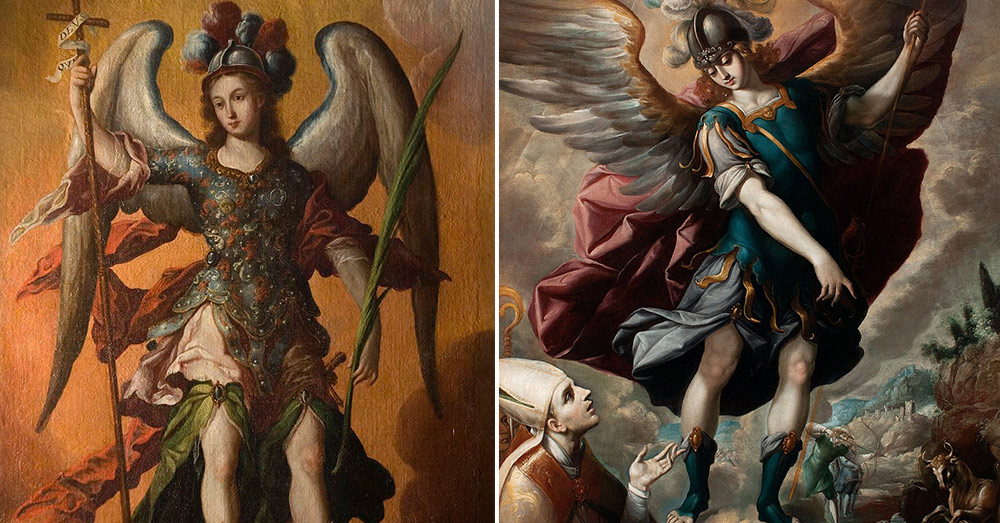 Saint Michael was named “Prince of all the Angels” by St. Basil of Caesarea and other early architects of the Eastern Orthodox Church, and his name has been invoked for protection in countless occasions since. Primarily depicted as a warrior clad in armor, it’s obvious why members of the military would speak his name, or hold tokens bearing his face for protection. 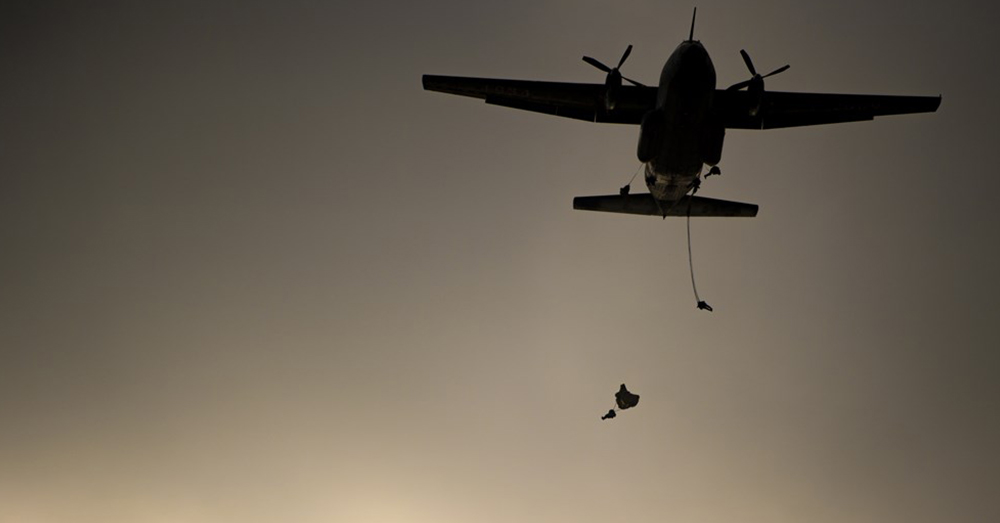 The Chaplain’s Corner at Joint Base Elmendorf-Richardson points to a line in John Milton’s “Paradise Lost,” as illustration of this saint’s relationship to airborne battle.

“… but the Sword
Of Michael from the Armorie of God
Was giv’n him tempered so, that neither keen
Nor solid might resist the edge: it met
The sword of Satan with steep force to smite
Descending, in half cut sheere, nor staid,
But with swift wheele reverse, deep entering shar’d
All his right side; then Satan knew first pain …” 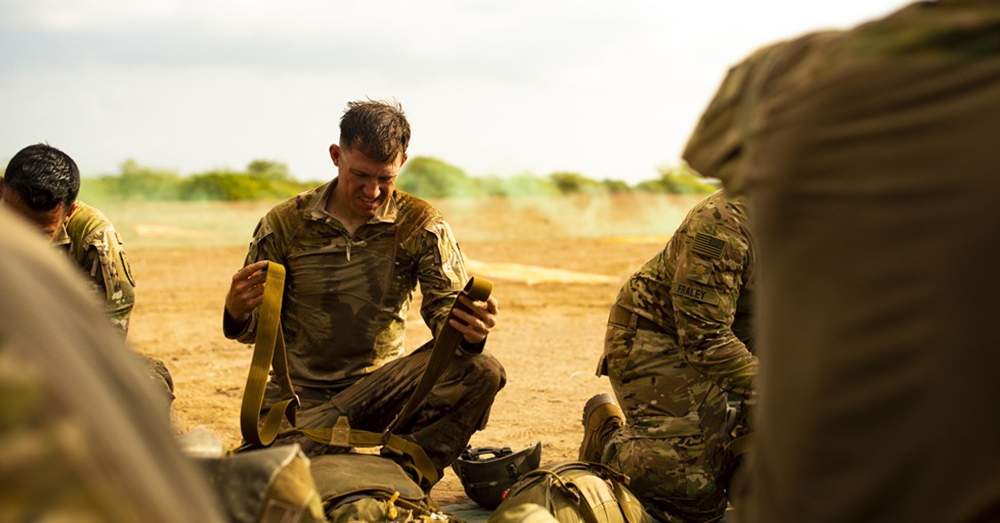 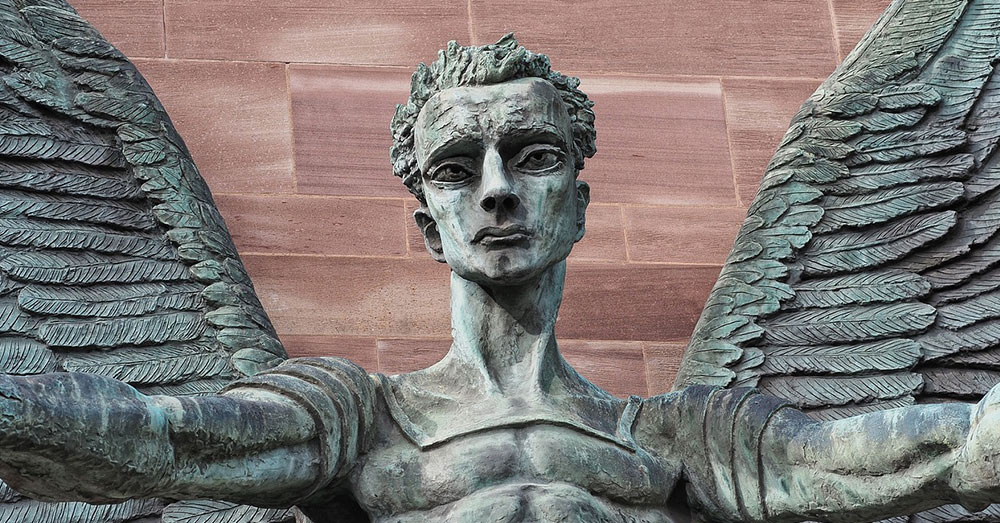 Source: Pixabay
A statue of St. Michael outside of Coventry Cathedral in Coventry, in Coventry, West Midlands, England.

Saint Michael is essentially God’s general in Christianity, Judaism, and Islam, and the liaison between humans and the omniscient. In the frenzy of war, with death imminent, it’s easy to see why a paratrooper would want to keep such a powerful friend close at hand.

To honor their patron saint, paratroopers from the 82nd Airborne Division make a yearly jump at Fort Bragg. Watch them descend from the heavens in the video below!

Veteran Reunited With Support Dog After Nearly Losing His Life: Click “Next” below!