The U.S. Navy, the entire military community, and the nation as a whole is in a state of mourning as the Navy confirmed Sunday night that seven Sailors aboard the USS Fitzgerald guided-missile destroyer were killed following a collision with a container ship off the coast of Japan. The collision between the USS Fitzgerald and the Philippine-flagged container ship, ACX Crystal took place in the early hours of Saturday, June 17. The cause of the collision is still unknown, and the Navy is commissioning a full investigation.

Originally, a number of Sailors were thought to be missing from the crew of nearly 300, and a rapid search was conducted while other crew members were treated for injuries. Three crew members, including the Fitzgerald’s commanding officer Commander Bryce Benson, were medevaced by helicopter from the destroyer to a nearby naval hospital. On Sunday, however, the Navy confirmed that seven Sailors were found dead in flooded berthing compartments on the destroyer.

The Sailors who lost their lives are: 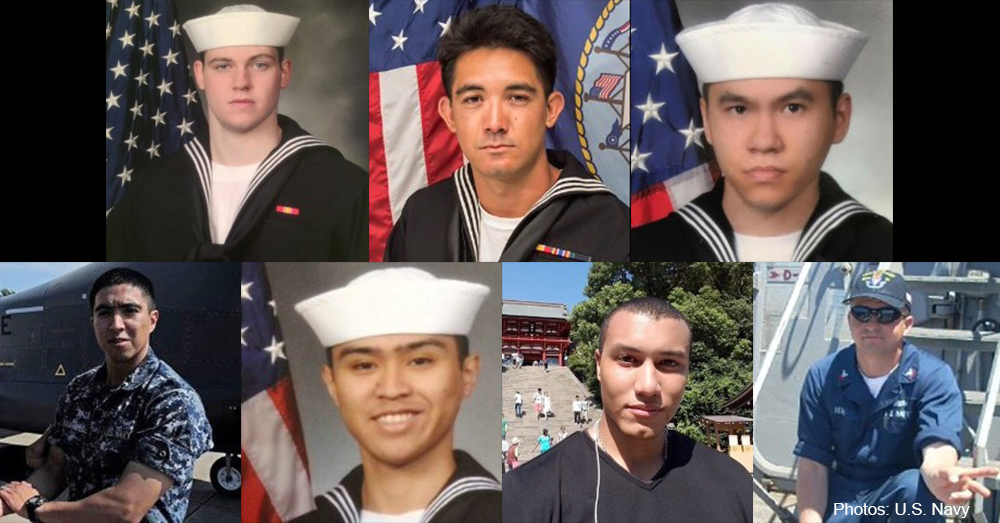 “We are all deeply saddened by the tragic loss of our fellow shipmates as a result of Friday’s collision between USS Fitzgerald and a commercial container ship, and our thoughts and prayers are with their families,” said Acting Secretary of the Navy, Sean Stackley in a statement. “As details emerge, we can all be proud of the heroic effort by the crew to tend to the needs of those injured and save the ship from further damage while returning safely to port. The Navy family comes together during tragic events such as this and I want to thank those who continue to provide around-the-clock assistance to the affected families during these difficult days.”

It is unclear at this time what caused the container ship to collide with the Navy destroyer or why the much faster and more agile destroyer was unable to take evasive maneuvers to avoid the wreck. The ACX Crystal was en route to the extremely busy Tokyo Bay while the USS Fitzgerald was conducting routine operations. In the collision between the two ships, the Fitzgerald suffered extensive damage to its starboard side with a gash cut in the hull of the ship, flooding the berthing compartments. The captain’s cabin was also destroyed, leading to his evacuation from the ship for a head injury. The ACX Crystal, which is around three times larger than the destroyer with a crew of 20, sustained damage to its port side bow. No injuries were reported from the Crystal’s crew.

The Japanese Coast Guard was the first to respond to the wreck, helping the the medevac of Sailors as well as assisting the Fitzgerald’s crew in getting the ship to the port at Yokosuka Naval Base in Japan. The actions of the Sailors aboard the Fitzgerald, most of whom were asleep when the two vessels collided, kept the ship from sinking. 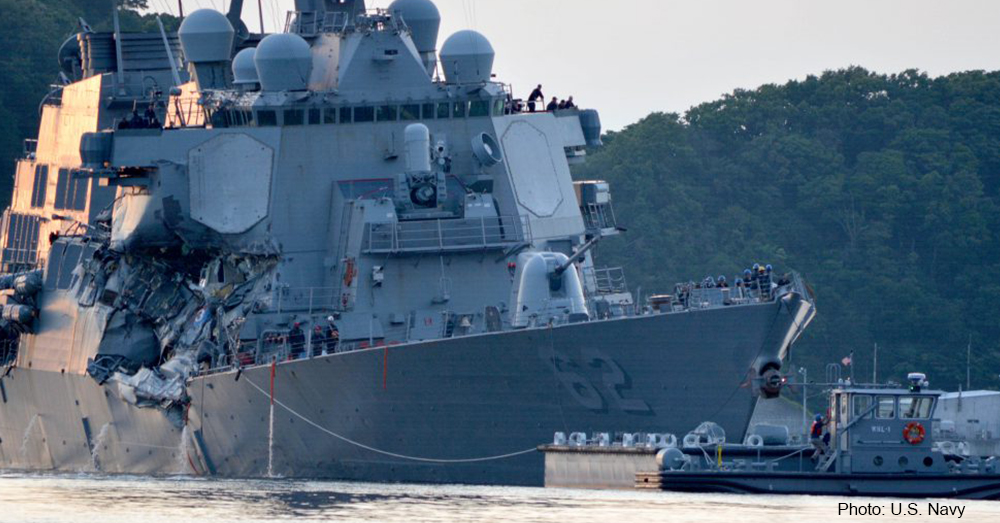 “The crew’s response was swift and effective, and I want to point out — as we stand by the ship — how proud I am of them,” said Vice Admiral, Joseph Aucoin at a press conference in front of the USS Fitzgerald on Sunday. “Heroic efforts prevented the flooding from catastrophically spreading which could have caused the ship to founder or sink. It could have been much worse.”

While some conjecture as to the cause of the collision is already being offered by commentators, it is simply too early to speculate as to what caused this tragic incident. For the sake of the family members, that information will hopefully come soon.

The Veterans Site joins the Navy and that nation in mourning the loss of these seven brave Sailors. Our thoughts and prayers and with their family, friends, and fellow Sailors.

Non sibi sed patriae — Not for self but for country.