One of the most iconic photographs ever taken, sometimes called the “kiss heard round the world,” was taken on August 14, 1945. The photograph depicted a sailor spontaneously kissing a nurse in Time’s Square after hearing the news that Japan had surrendered, bringing World War II to an end. The two were Navy Quartermaster 1st Class George Mendonsa and nurse Greta Zimmer Freeman, and they were photographed in the embrace by both Life Magazine photographer Alfred Eisenstaedt and Navy photographer Lt. Victor Jorgensen.

Mendonsa just celebrated his 95th birthday with his wife, Rita. Ironically, George and Rita were on a date in New York when VJ-Day was announced and the celebration began, and while he may have kissed a girl he never met that day in 1945, George has been married to Rita now for 71 years.

However iconic the photograph is — and was since it was first printed — it wasn’t until 2005 that George and Greta were officially identified as the pair kissing.

That’s because neither photographer wrote down their names in all of the excitement, and there was a lot of kissing taking place at the time. 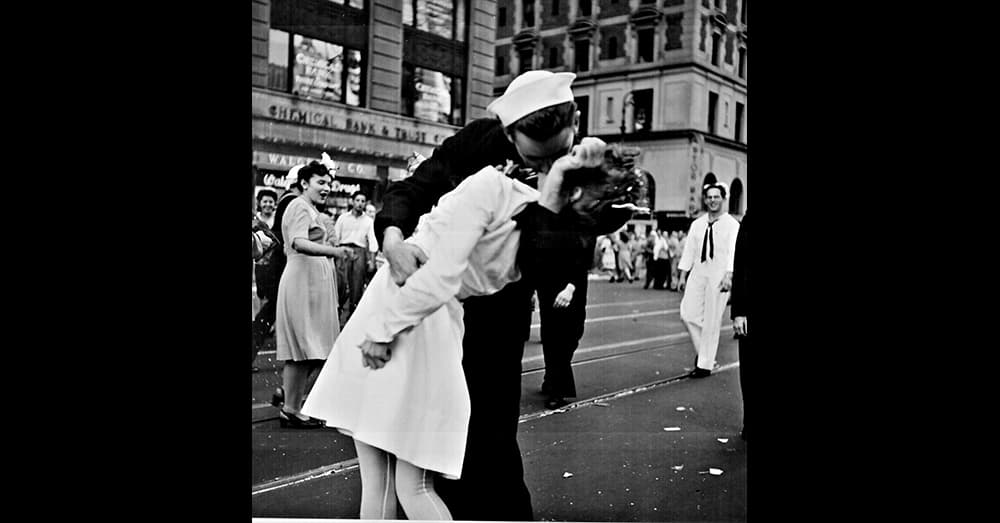 The story of the photograph itself is a great one. Mendonsa was a professional sailor and fisherman with his family’s business before WWII began. He enlisted in the Navy and would go on to see some of the worst battles of the war, including the Battle of Okinawa on board The Sullivans destroyer when the aircraft carrier Bunker Hill was attacked by Kamikaze pilots.

Mendonsa and the crew of The Sullivans rescued 166 sailors from the Bunker Hill and transported them to the hospital ship Bountiful. It was then that Mendonsa saw the nurses on board care for the wounded sailors — something which stuck with him.

Only a few months later, George was on leave and met Rita through his sister’s in-laws. They were on a date at Radio City Music Hall in New York City when news of the Japanese surrender was announced. Celebration broke out in the streets; people were drinking, cheering and kissing. George saw a nurse, and all the emotions of the war came rushing up. The rest is history, captured in black and white on a photographer’s film. 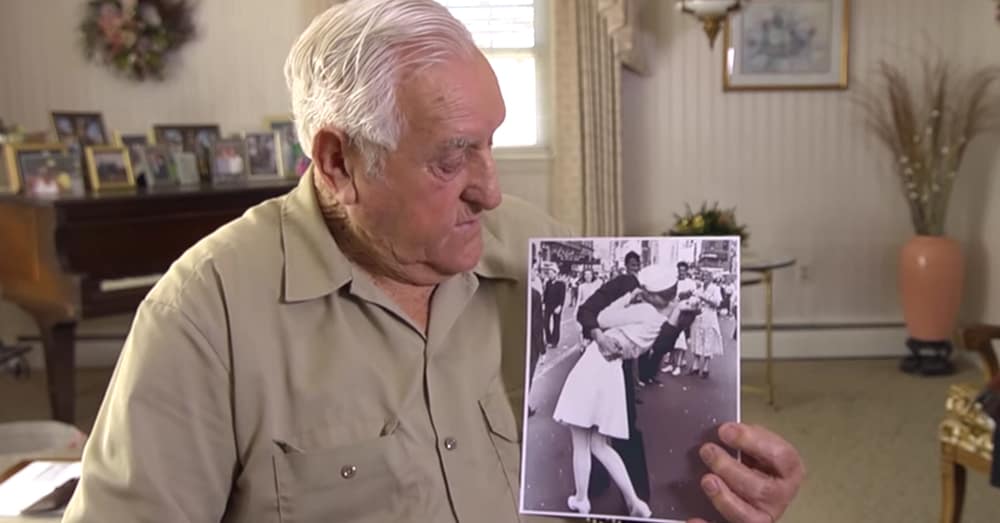 “It was a real brief moment, honestly, and all my memories of the wounded being cared for by those nurses came back,” George Mendonsa said in an interview in 2005.

With the war ended, George went back to sailing and fishing, marrying Rita — the girl he was on a date with when the iconic kiss with Greta Freeman was photographed. Greta also married after the war, and the pair never met again until they were identified in 2005, and then again in 2012 when they met at Time’s Square to recreate the famous kiss.

Sadly, Greta Freeman passed away in 2016.

The Veterans Site sends celebratory birthday wishes to George Mendonsa, now 95 years old, and is thankful for his service and the service of all veterans!

Watch this interview with George Mendonsa about his service leading up to that famous kiss!

Click on the next page to read about another WWII veteran who recently celebrated her 100th birthday!