Rosie The Riveter Was An American Icon, But She Wasn’t Just One Person

As far as mascots for the collective effort, working grit, and fighting spirit of America during World War II, Rosie the Riveter is just about as good and iconic a mascot as one could find. With the simple motto of “We Can Do It!,” Rosie the Riveter’s message was full of determination and optimism. Rosie, however, wasn’t a real person — or more accurately, she wasn’t just one person. She was the embodiment of more than 310,000 women who joined the aircraft industry during the height of World War II to build military aircraft and munitions.

These women were known collectively as “Rosies,” and the tremendous work done by them dramatically improved wartime production and allowed more men to serve in the military instead of staying at home working in the factories. The willingness of so many strong women to take on the hard labor jobs — many of whom had no prior experience in such work — was praised the nation over, and the image of Rosie the Riveter soon became an icon.

Rosie the Riveter has continued to be a symbol of strength and empowerment for women in life and in the workforce ever since WWII.

One of the original Rosie the Riveters was Sarah Blanche Mahrle of Plymouth, Michigan. She lived to the ripe old age of 93. 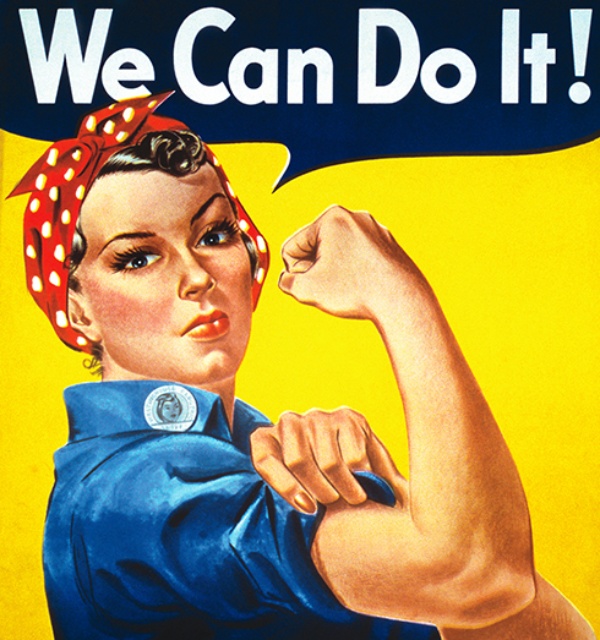 Sarah Blanche Mahrle was a Riveter at Willow Run Airport in Michigan during World War II. There, she helped build B-24 bombers for the military. Along with her work during WWII, her nephew, Dale Mahrle, told the Detroit Free Press that she was “a great family lady.” Her family arranged a funeral for her at Christ Our Savior Lutheran Church in Livonia.

Mahrle’s work, and the work of all the other Riveters, cannot be understated in helping win the war for the Allies. The Ford Motor Company was contracted by the federal government in 1940 to build B-24 Liberator bombers. Henry Ford used a farm field he owned as the construction site of the Ford Willow Run B-24 Liberty Bomber Plant. It was the largest assembly plant in the world, with 3.5 million square feet of factory space, a one-mile-long assembly line, and six runways. 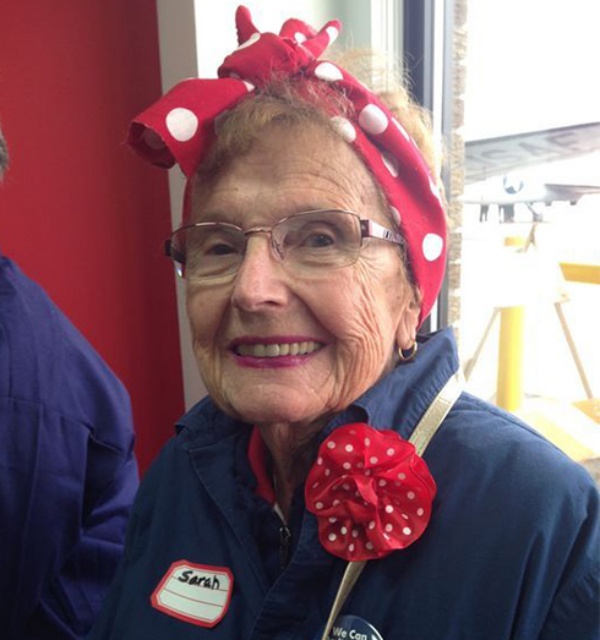 During the height of the war, the factory was producing one B-24 bomber per hour and operated 24 hours a day, seven days a week. While the Ford Motor Company was originally contracted to build 1,200 B-24 bombers, by the end of World War II, the Riveters and other workers at Willow Run had completed a total of 8,685 planes.

After World War II, the Ford Willow Run B-24 Liberty Bomber Plant continued operations under different owners, building everything from airplanes to automobiles, until it was finally closed in 2010. Today there is an effort by the Yankee Air Museum to restore the structure and make it the new home for the museum, honoring the work of the Rosies. 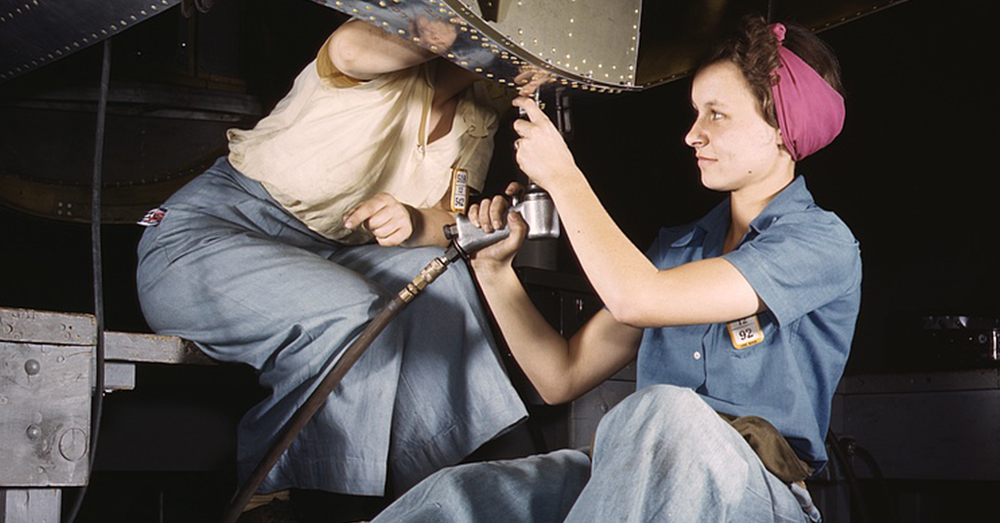 Photo: Library of Congress — Rosie the Riveters work on the construction of a World War II bomber in 1942.

Willow Run, where Sarah Blanche Mahrle worked, was also where the original inspiration for the Rosie the Riveter character, Rose Will Monroe, worked during WWII. The B-24 bomber plant had 42,000 workers, a third of whom were the female Rosies. During the war, they were paid the same wages as the men in the factory, helping to break down barriers in the workplace, which has continued to this day.

According to the Detroit Free Press, “Mrs. Mahrle was one of about 30 women on an honor flight to Washington, D.C., in March 2016, where they were recognized for their service.”

The Veterans Site is grateful to Sarah Blanche Mahrle’s work and the work of all the Rosie the Riveters during World War II.