This ‘Good Marine’ Was So Good, He Came Back From The Dead

Recently, I posted a story about a photograph taken at Khe Sanh during the siege by a young freelance photographer for Newsweek Magazine. The photo showed some Marines carrying the body of a 20 year old 2nd Lt. who had been killed in an ambush. That picture was of a mere handful of the 45 men from 3rd Platoon, Bravo Co. of 1st Bn. of the 26th Marines who survived a fierce and overwhelming ambush by units of the 304th NVA Division. This story is about that event too, and about one of the survivors of that patrol, which has ever since been known as the “Ghost Patrol.”

On Feb. 25, 1968, during the middle of the siege at Khe Sanh, 3rd Platoon of Bravo Co. 1/26, under the leadership of 20 year old 2nd Lt. Donald Jacques, was given the assignment to go out a ways from the perimeter of their section of the base to try to assess the numbers and locations of the nearby enemy, and possibly bring back a prisoner. But what happened to them that day still rubs a raw wound in the memories of those who went through the siege together almost 50 years ago now. It was a terrible disaster for those men who went out that day and for their brother 26th Marines who were unable to go out and retrieve their bodies for the next six weeks. 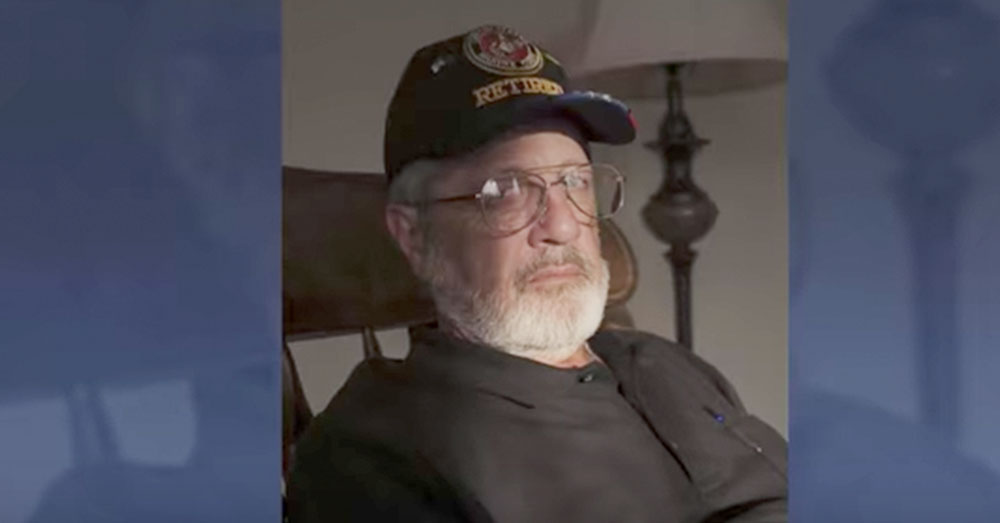 On that fog-shrouded morning, the patrol was drawn into a massive ambush. They were quite literally cut to pieces by the superior forces of the NVA and only 18 of the original 45 members of the patrol were able to escape and make it back to the base with the body of the young 2nd Lt. Jacques. The rest of the patrol was killed in the action, or so it was thought. Their brother Marines could look out from the base with binoculars and see some of their dead comrades lying out there, but the decision was made by the command on base not to send more Marines out to recover the bodies because it was clear that it would be too dangerous and too costly. They did not want to lose any more personnel given that our numbers were already so low in relation to the 20-40 thousand NVA that had us surrounded at that time. That was unbelievably painful for the 1/26 Marines on base to take.

One of the members of that “Ghost Patrol” was an 18-year-old Pfc. by the name of Ronald L. Ridgeway. Like the others, he was listed among the KIAs of the 3rd platoon of Bravo Co. 1/26 that day. 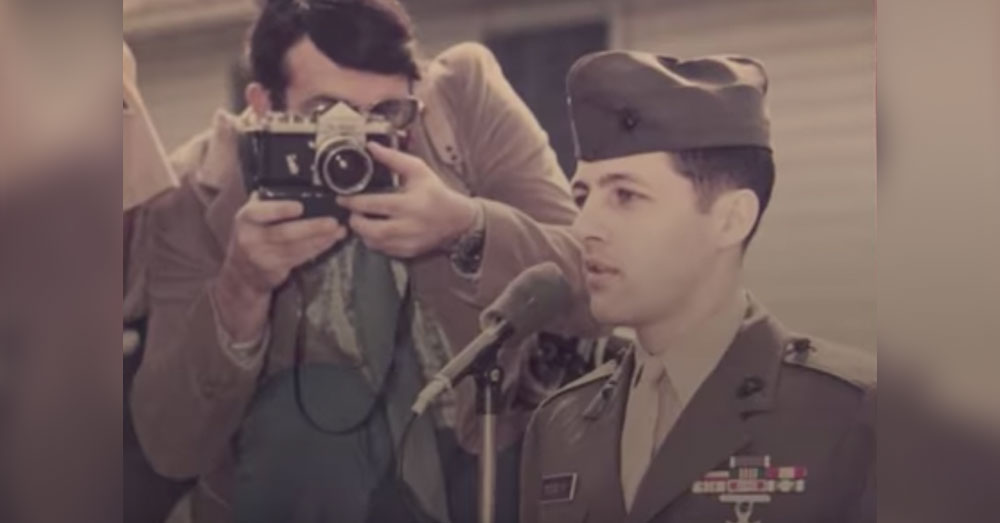 The Marines were not able to go out and retrieve the remains of their brothers until the siege broke. When they did, they were able only to find bones, bits of clothing and dog tags. They were able to identify all but nine of the bodies. Ridgeway was among the unidentified nine. His family was notified that he was missing and presumed dead, and on Sept. 10, 1968, he and the eight others were ceremonially “buried” in a national cemetery in St. Louis under a stone with their names on it. His family had to live on with the loss of their young son, and with the terrible fact that there was only a stone with his name over an empty grave.

But Pfc. Ronald Ridgeway was not dead.

In a way he was a real ghost for the next six years. He was alive, but the only ones who knew that were his NVA captors and his fellow POWs.

Ridgeway had been wounded in the shoulder during the fierce firefight of that ambush in the jungle that February morning in 1968. He had passed out several times, and on one occasion he saw the bodies of all of his fellow squad members and others in the platoon. He also saw the NVA moving through them putting bullets into each one of them to make sure that they were dead. Ridgeway played dead, and they shot a couple of rounds at his body too. One bullet hit near his head and the other nicked his butt, which made his body twitch. Thinking he was dead, the NVA moved on. 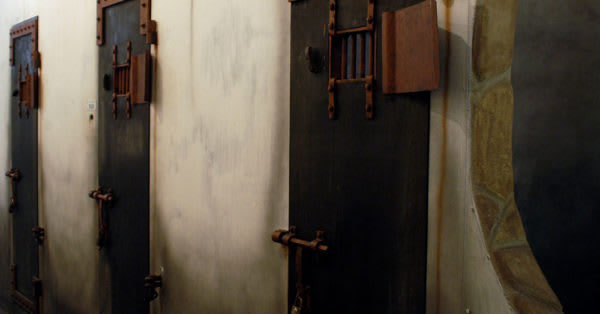 Source: US Air Force
Prison Cells in the “Hanoi Hilton.”

Ridgeway passed out again, but awoke when he felt someone pulling his arm. It was an NVA soldier trying to take his watch. The NVA soldier stepped back to shoot Ridgeway, but held back. Instead, Ridgeway became a prisoner of war that day.

While there, he was not a cooperative prisoner. This lowly Pfc. Marine gave his captors the blues. He wore the typical pink-and-gray-striped pajamas and rubber sandals of POWs under the NVA, and when he was released he would bring those things home with him. But while captive, he lied to his interrogators, pretended he was so new that he had never fired his rifle before and gave them false military information. He, like all of his POW comrades would endure beatings and being tied up by incredibly cruel interrogators. He refused to cooperate and found ways to frustrate his captors, while they began to think of him as a “diehard reactionary.” 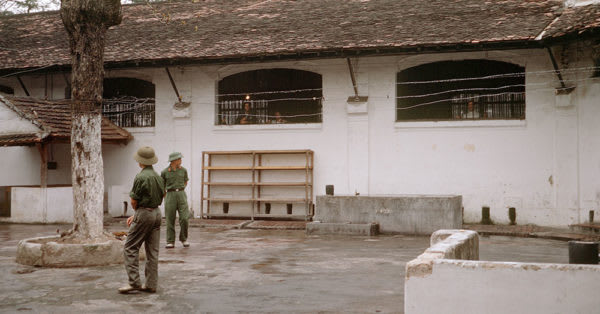 Source: Wikimedia Commons
The “Hanoi Hilton” during the Vietnam War.

He was a good Marine. In fact, he was so good, the NVA captors started to think all Marines must be “animals.” Any Devil Dog Marine would take that as a compliment.

Ridgeway was released from his POW captivity on March 16, 1973. According to an article in the Washington Post, “he came home, got married and went to college.” Ridgeway is quoted as saying, “I came back in basically one piece. I came back able to live my life. We went over with a job to do. We did it to the best of our ability. We were lucky enough to come back.”

Pfc. Ronald Ridgeway was a ghost for a while but he came back from the dead. We can only imagine the joy that his family experienced when in January of 1973 a list of the prisoners being held in Hanoi was released and they saw his name there.

Ridgeway has been able to live a long and productive life since his “return from the dead.” He, of course, has the memories of that February day 50 years ago when he lost so many of his friends in that ambush outside the wire at Khe Sanh. He endured six years as a POW and has those memories as well. But he made his civilian life as honorable as he did his life as a Marine during the Vietnam War.

The Veterans Site sends its respect and thanks to Ronald Ridgeway for the example he gave to all of us as a Marine and as a family man. We thank him for his service and we say, with a certain amount of awe, “Welcome Home, Marine!”