Some Gave All: The Unique Medal of Honor Story of Capt. Humber Roque “Rocky” Versace

His name was Capt. Humbert Roque “Rocky” Versace. He was a young man full of promise, who thought about going into the seminary after getting out of the military to become a priest in Vietnam, where he wished to work with orphans.

He was a young man of great character and of deep faith, who loved his country and served it with intelligence and courage enough to be eventually awarded the Medal of Honor (MOH) posthumously.

Born in Hawaii of Puerto Rican and Italian parents, Humbert Roque Versace would be raised in the Catholic school system. Upon graduation from Gonzaga College High School in Washington, D.C. he attended the U.S. Military Academy at West Point, just as his father had done before him. He was commissioned a 2nd Lieutenant upon graduating the Academy in 1959. 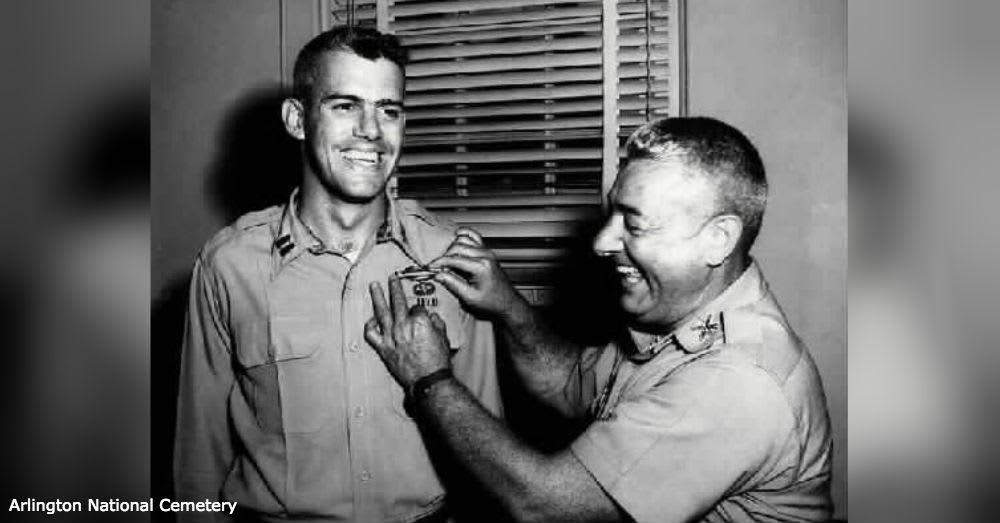 Versace was not one to rest on his laurels. He entered the Ranger class 4-60 right away and was awarded his Ranger Tab on Dec. 18, 1959. That wasn’t enough. He then attended Airborne School and received his parachutist badge.

Versace volunteered for Vietnam and was sent to the Military Assistance Institute intelligence course at Fort Holabird, MD. After that he attended the Vietnamese Language Course at the Presidio of Monterey in California. His first tour in Vietnam began as one of the intelligence advisors sent by President John F. Kennedy to aid the South Vietnamese government in their struggle against a growing rebellion by communist rebels known as the Viet Cong.

Versace arrived in Vietnam on May 12, 1962. He would eventually ask to extend his tour by six months.

According to War History Online, less than two weeks before his extended tour was up, Versace visited a friend and West Point classmate in the Mekong Delta. He volunteered to go into the field with several companies of South Vietnamese Civilian Irregular Defense (CIDG) troops. They were ambushed by a large Viet Cong force and found themselves quickly overwhelmed.

Versace, though wounded, put up a fierce level of covering fire, allowing the CIDG forces to retreat out of the killing zone, but the Captain was captured by the VC along with two other Americans, Lt. Nick Rowe and Sgt. Dan Pitzer. They were taken to a POW camp deep in the jungle, where Capt. Versace’s character and valor would be tested to the extreme.

Capt. Versace took command of the POW’s immediately. As the obvious leader, the VC would give the lion’s share of their attention to breaking Versace down, trying to get intelligence information from him. He responded as he was taught by giving only name, rank and serial number and by insulting his captors in their own language during their “indoctrination sessions.” He constantly reminded them of the rules of the Geneva Convention, much to their frustration.”

Eventually separated from the other prisoners, Capt. Versace was put into an isolation hutch. Fellow POWs who survived the war told of how Capt. Versace conducted himself. They revealed that the last thing they heard from him was his voice loudly singing “God Bless America.”

The VC executed Capt. Versace and even announced the execution over their own “Liberation Radio” network. 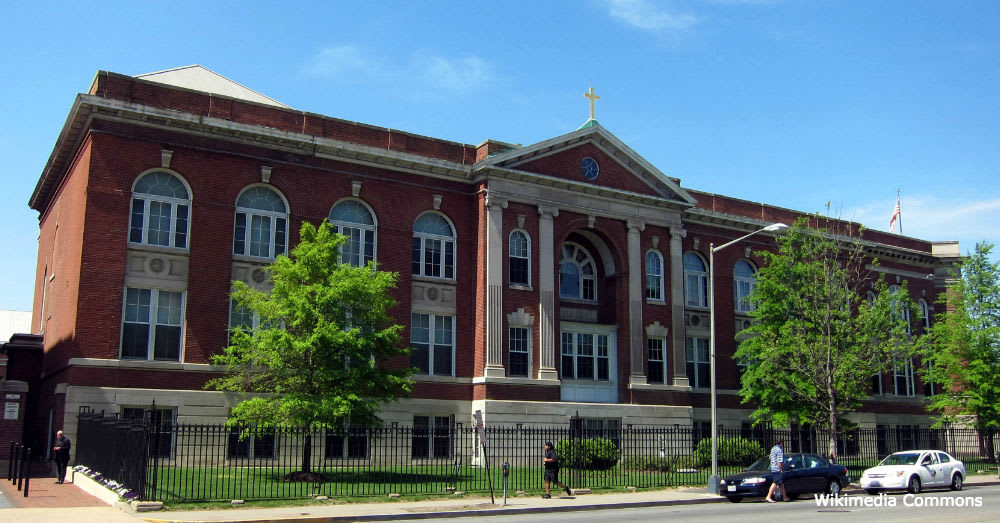 Gonzaga High School, where Capt. Versace was educated before joining the military.

A grave marker stands over Capt. Versace’s empty coffin in Arlington National Cemetery. His remains were never recovered. He was originally awarded the Silver Star posthumously, but nominations to award him the MOH began in 1969. It languished for three decades until a group calling themselves “Friends of Rocky Versace” began the efforts again in 1999.

Capt. Humbert Roque “Rocky” Versace was finally awarded the MOH on July 8, 2002 in a ceremony held in the East Room of the White House. President George W. Bush was able to give the medal to the surviving members of his family that day after the passing of the 2002 Defense Authorization Act, which ended the standoff.

The Veterans Site wishes to extend its highest respect and regard to the family of Capt. Versace. His personal character, his valor, and his commitment to the honor of his country was tested in the most mentally, spiritually, and physically challenging of situations as a prisoner of war. He did not bend. His personal courage and the depth of character could not be broken by his captors. The way he lived and conducted himself in the most trying of circumstances is an example of the kind of honor the Medal of Honor represents.