When a Navy veteran named Christopher lost his companion animal of 12 years, he was buried in grief, and understandably so. Losing a close friend is always hard, no matter what species they are.

Christopher’s Boxer, Kronk, was as steadfast as they come, which is just what a husband and father of two needed while working in the San Diego shipyards.

According to Pets for Patriots, the former Navy chief had spent 22 years in the service, retiring in 2017. He thought he could resume life as a civilian, not an insurmountable challenge. Life without Kronk, however, was another story.

Before long, the veteran and his wife were looking for a new dog. But not just any dog would do.

“When we were ready,” Christopher told Pets for Patriots, “we decided to visit our local animal shelter and found Murphy. He is a seven year-old Boxer and [we] wanted to give him a home to spend his senior dog years.”

The couple adopted their senior dog from the County of San Diego Department of Animal Services, where veterans receive a discount on adoption fees.

Along with his advanced age, Murphy held the scars of a painful past. Rescuers found him struggling on the streets, with visible injuries and no apparent home. Now, all of those problems solved, Murphy belongs to a loving family.

But the story doesn’t stop there.

“We also wanted to provide him with a loving and safe environment to spend his senior years,” Christopher said.

Though they are older, Murphy and Rocky are playing a critical role in the Navy veteran’s life. Kronk’s passing left a Boxer sized hole in his family, and the senior dogs are filling it with love.

“[I] wanted to help rescue an older dog and ended up getting two!” Christopher said.

Christopher was grief-stricken when he and his wife lost their beloved Boxer Kronk after nearly 12 years. Yet following in their pet’s paw steps would be not one, but two senior dogs who would find love and solace in this Navy veteran’s home. bit.ly/pfp-christopher-murphy-rocky #navy #usn #pets4vets #petsforpatriots #sandiego #boxersofinstagram #shelterdogsofinstagram #beapetshero #seniordogs #olddogsrule #homeatlast 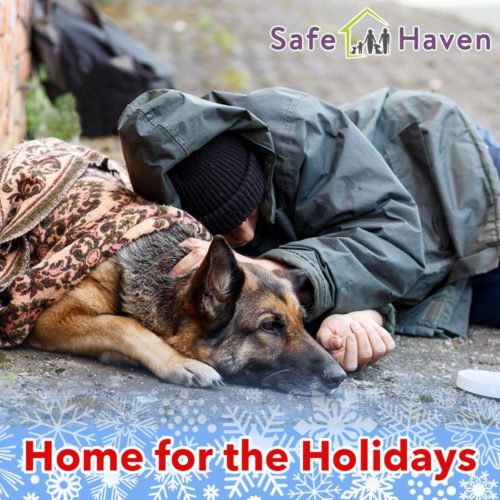