Marines have a reputation for being tough, but this Marine takes that reputation to an entirely new level.

Lt. Col. William Rankin, on a hot summer day in 1959, was flying his F-8 Crusader over North Carolina, only minutes away from beginning his descent into the Marine air base at Cherry Point, NC. Suddenly, everything went south. His engines failed and all of the needles on his control panel went to orange. He had to eject at 47,000 feet. 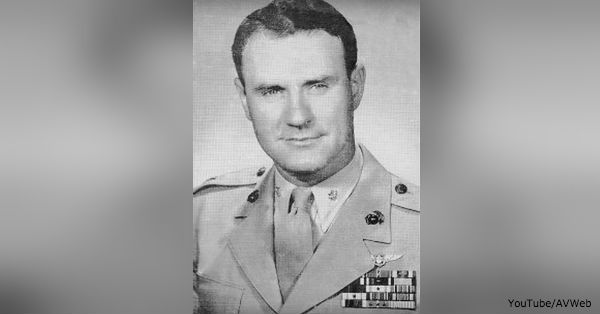 At the time that this event took place, Rankin was already a veteran pilot of both WWII and Korea. He had already been through several harrowing experiences. In Korea, the fighter plane he was flying was hit and he had to eject from it and float down beneath his canopy under enemy fire. But this emergency ejection would be like no other. In this case, everything that could go wrong did so, and more. Fate grabbed him by the collar and took him for one hell of a ride.

Huge cumulonimbus clouds began to form and mount quickly along the Atlantic seaboard. Thunder and lightning spread fiercely over the land. The winds began to whip and hail fell, along with heavy rain. Rankin was above one of these rising thunderstorms when his plane experienced catastrophic malfunctions and he had to eject. He knew that such a high altitude ejection was going to offer its own set of problems, but there was no other choice for him. It had to be done. He knew, too, that he would have to keep his wits about him.

He checked his watch just before ejecting. It was 6 p.m. When he ejected, the canopy, his seat, and much of the cockpit shattered as it was blasted by the jet stream winds, while his left glove was ripped off. Rankin was nine miles above the earth where the air is thin with very little oxygen. He had his emergency oxygen mask on, but the -50 degree air immediately began to freeze his left hand and numb all of his limbs. He would have to freefall for over three minutes before reaching breathable air, and before he could deploy his parachute.

And that was the least of his problems. Rankin was falling into the middle of a huge thunderstorm. 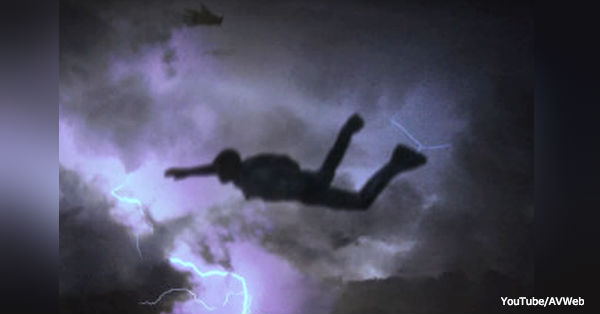 Given the power of one of these storms, Rankin’s survival chances on any imaginable scale of measurement should have been slim to none. He was battered about by powerful downdrafts, then whipped back up into the massive cloud along with the forming hail by even more powerful updrafts. His hand was frostbitten, and the rest of his limbs were numb. He was being pelted by hailstones, and the rain was so dense and heavy that he felt as though he might actually drown in the sky. As if that were not enough, huge sheets of lightning were flashing all around in every direction. He could feel the thunder in his body.

Inside the storm, Rankin’s pressure gauge suddenly deployed his chute. Suspended underneath it, his ride took on whole new dimension. At one point he found himself enveloped in the chute but just as suddenly, descended into warmer air and his limbs began to loosen up. He had fallen out of the cloud and was now below the storm. Rankin was floating down to the ground in the middle of a summer’s rain.

The wild ride was not yet over. As he drew near to the ground a sudden draft of wind caught Rankin’s parachute and carried him into the tree line. He extricated himself and climbed down, battered, bloodied, and feeling the effects of the frostbite. He checked his watch. It read 6:40 p.m. He had ejected at 6 p.m. He had been on that ride, through that thunderstorm, for an amazing 40 minutes.

Rankin had landed in a rural countryside, some 65 miles away from where he had ejected. As exhausted and battered as he was, he followed his training and found a small country road where he tried to flag down one of the few passing cars. Several passed him without stopping, most likely because of the way he looked, all battered, disheveled, and bloody. One finally stopped and took Rankin to a country store in Ahoskie, NC, where he used a phone to call for an ambulance.

Rankin would spend time in the hospital recovering from the effects of his ordeal. He would live another 50 years from that fateful summer day in 1959 and would write a book about the experience called, “The Man Who Rode The Thunder.” Lt. Col. William Rankin died on July 6, 2009.

The Veterans Site wishes to express its respect for this example of Marine Corps skill, courage and tenacity. We say, OoRah to Lt. Col. William Rankin! Thank you for your great service to the nation. You were a great example of the Marine Corps’ motto!