There are many reasons why I trust James Mattis, the current Secretary of Defense.

From beginning to end, trust is a matter of character. Character is not a word that is frivolously attached to a person because of his or her position, or social status, or economic wealth. Character transcends such transient and ever-changing things. Rather, it is related to more permanent, universal, and ultimately meaningful things. 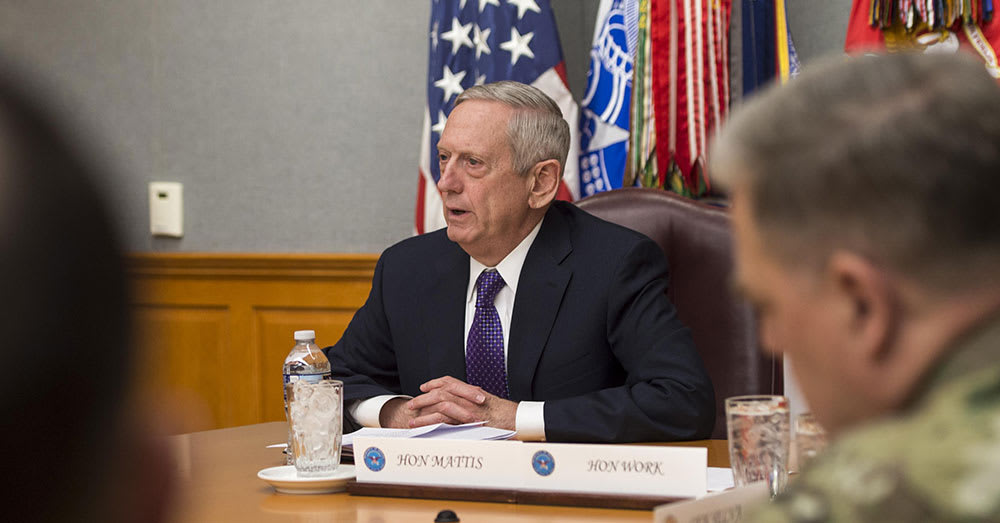 James Mattis’ long career in the Marine Corps is a matter of record. He has a well-earned reputation for courage and thoughtful fairness. He enjoyed the admiration and the loyalty of his Marines because he was right there with them. He is known as the warrior monk because he has made himself into a scholar of both war fighting and the human condition. And even though he has seen more than his share of the darker sides of humanity, from what I have seen and read about him, he is a remarkably optimistic man.

In his current position, he carries on his duties without bombast, and with characteristic calm. He seems to be one of those rare individuals who can be called both a realist and an optimist. 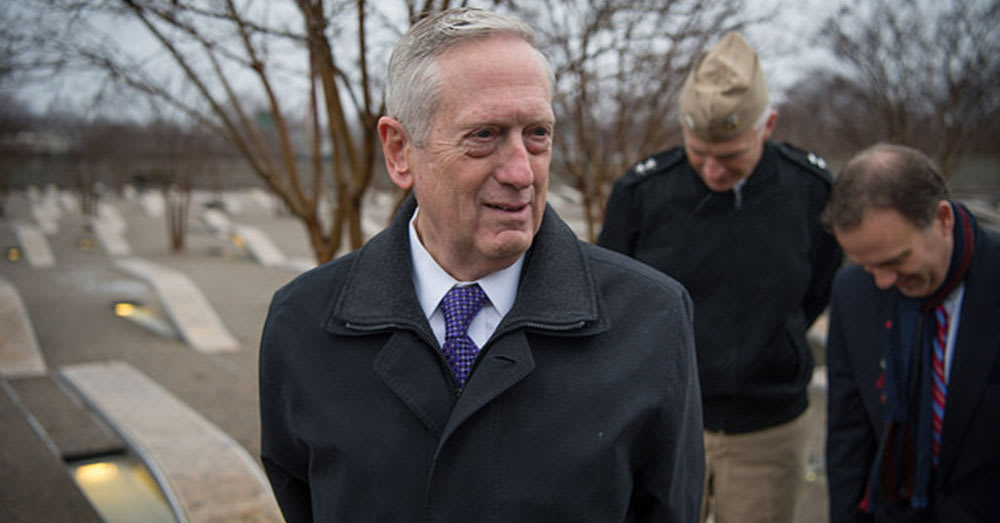 He understands the power of “togetherness” that is so important to a successful military. He told a group of sailors that he visited before Christmas last year, “I bring this up to you, my fine young sailors, because I want you to remember that on our worst day, we’re still the best going, and we’re counting on you to take us to the next level. We’ve never been satisfied with where America’s at. We’re always prone to looking at the bad things, the things that aren’t working right. That’s good. It’s healthy, so long as we then roll up our sleeves and work together, together, together, to make it better.” 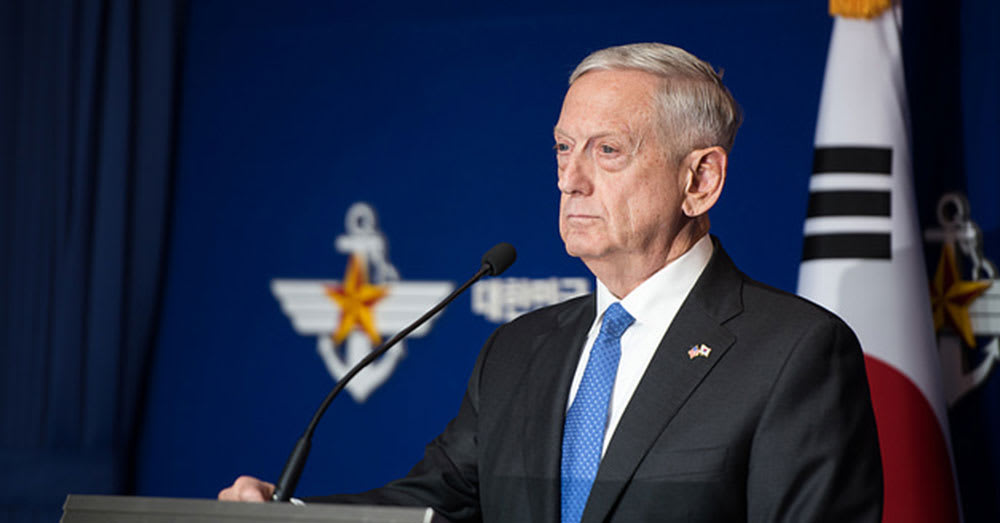 I particularly like this last part. This is a good message, not just for our troops, but for all of us.

It is certainly good and healthy for us to see what isn’t right and not like it. But it is healthy only insofar as we each recognize our personal responsibility to come together and to work together to make it better, rather than simply complain. 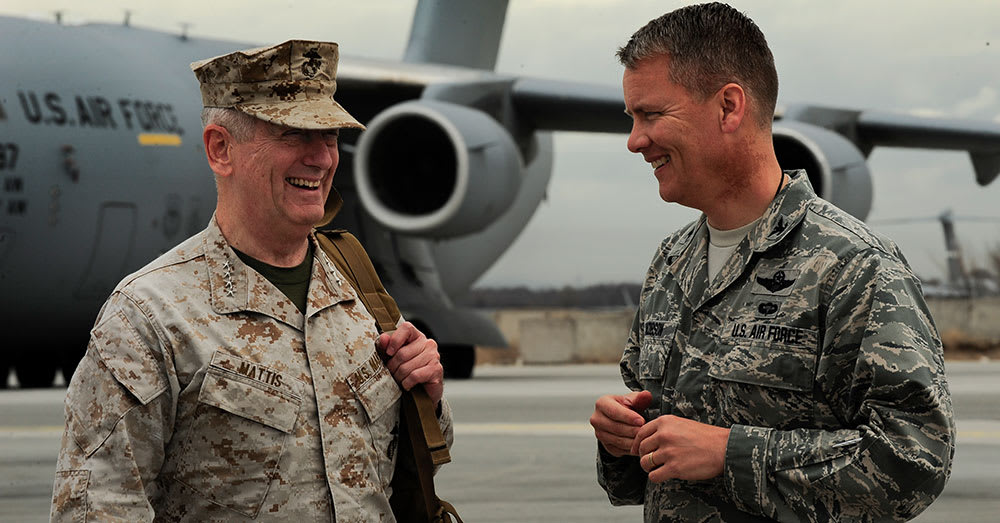 This is the great strength of the military. Military culture introduces young men and women into the powerful experience of working together in focused, disciplined and skilled ways on order to accomplish huge goals. This is good advice for the nation at this time that seems to be so fractured with partisan fighting at all levels.

As a realist, Mattis sees the reality of this very unpredictable world, but he also sees the nobility of those who fight to protect the ideals of this country. He knows that in the reality of today’s world every military member needs to ready to fight at a moment’s notice. 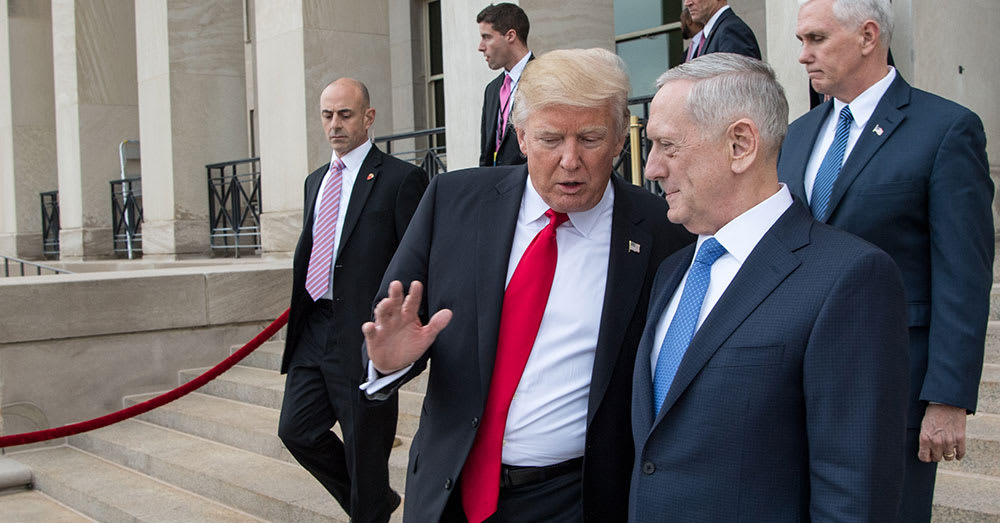 But he knows that they must also maintain the moral high ground even in the midst of the fog of war, too.

James Mattis is no stranger to such realities. He has seen his share of war. For example, he was in command of Task Force 58, a special group of fighters that were flown into Kandahar on helicopters off of Navy ships in the Arabian Sea and were among the first to enter into combat with the Taliban in 2001, not long after 9/11.

Over his long career, Mattis rose to the highest ranks in the Marine Corps because of his recognized leadership skills and his courage. 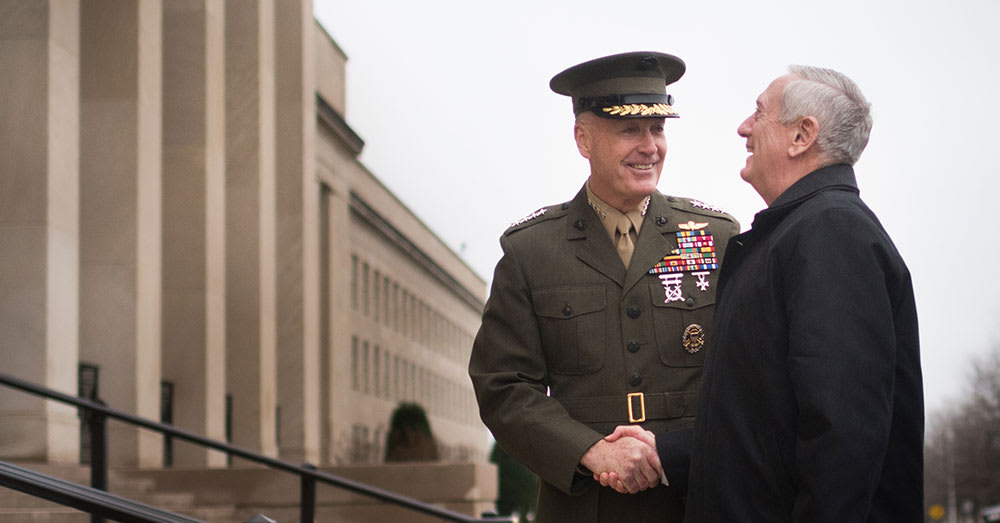 In the opinion of this writer, he brings to his current job the traits of a man of true character. He is humble, yet knows his duty and possesses the confidence to carry it out. He is affirming in the way he deals with those under his charge and gets the best out of them. He is one of the most thoughtful military and, now, civilian leaders we have at this time. He appears to be a man of his convictions.

This is what character is all about. And there is nothing more important at this time in our history than to have a man of real character and conviction in his position.

Secretary of Defense James Mattis has had an impact on so many lives, one military veteran, in particular, who ran into the “warrior monk” on a solemn holiday.

Click the link below to learn more about the Secretary of Defense.