That’s a lot of tradition in one family, and a lot of military pride running in the blood.

So when Christian told his grandfather, Jeffrey B. Anderson Sr., that he was thinking of joining the Marine Corps himself, the old Marine couldn’t be prouder.

Unfortunately, when it came time for Christian to graduate from boot camp, his grandfather was unable to attend the graduation ceremony.

Christian immediately took on the Marine mantra of “improvise, adapt, and overcome,” and did something absolutely amazing. 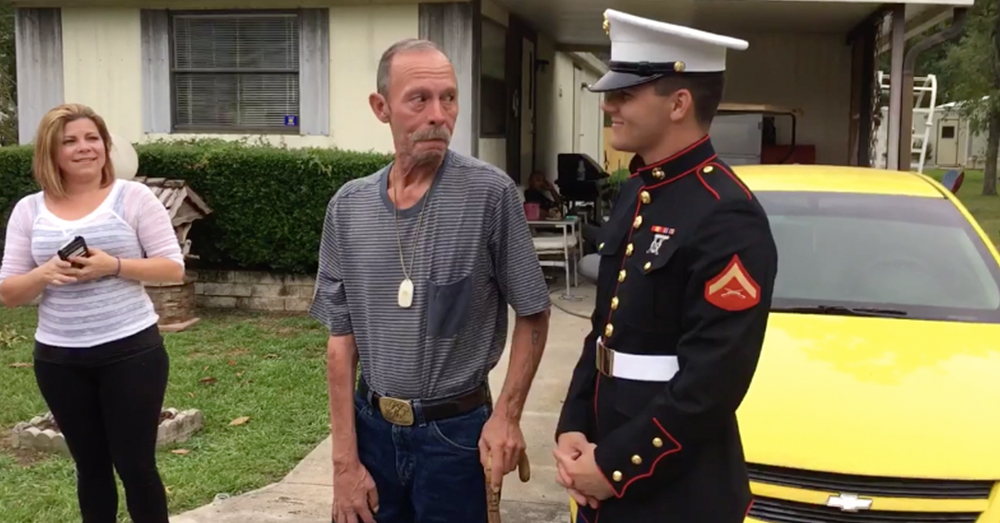 “My grandfather… is the entire reason I joined the Marine Corps. He is the proudest man I know and was absolutely delighted when I told him I was thinking about joining,” Christian wrote on imgur.

On his grandfather’s birthday, with the entire family surrounding the Vietnam veteran, the freshly graduated Marine surprised his grandfather in one of the most emotional homecomings ever caught on video. While his grandfather is looking the other way, Christian walks up behind him and waits for him to turn around. When he does, the reaction is nothing short of heart-wrenching and wonderful. 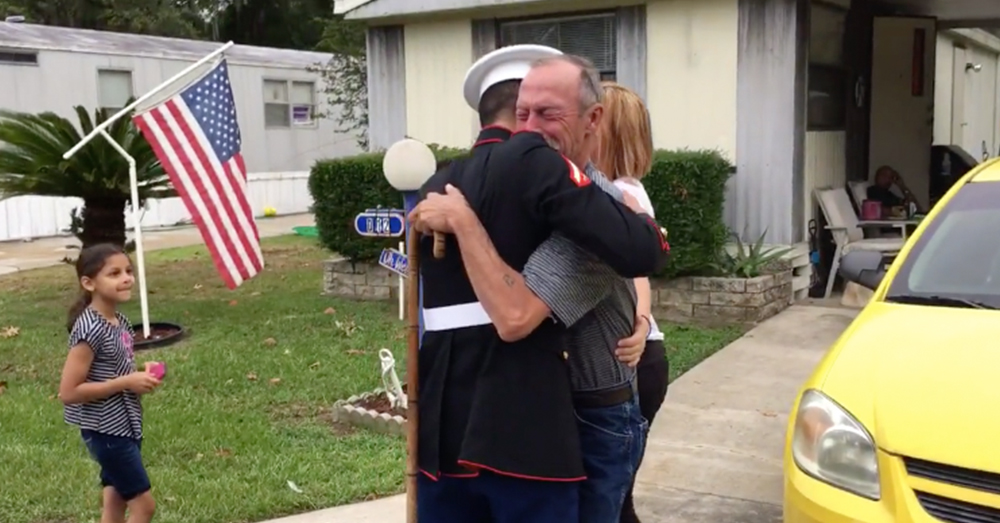 Christian wrote afterwards, “I always told him when I was little, I’d make him proud one day, and seeing his smile when I showed up in my blues absolutely thrilled me. I couldn’t have asked for more.”

Watch this amazing surprise homecoming in the video below! Don’t forget to have the tissues ready!