Girl Is Surprised In Epic Fashion By Soldier

When Army First Sgt. Charles Porter gave the order to send more than 100 military police officers on leave to see their families, he intended to do the exact same. But while many of the other soldiers’ families knew their loved ones were coming home, Porter’s daughter didn’t have a clue.

That gave him the perfect opportunity to surprise her with a visit to her high school’s Friday night football game.

Morgan Porter, a freshman and member of the Blue Valley Northwest dance team, was busy dancing with her teammates on the sidelines during the football game. Little did she know that her dad was secretly waiting in the stands, hidden in the crowd of cheering fans, parents, and schoolmates.

“She’s my world and I want to talk to her and obviously see what she’s done since I’ve been gone, so I’m excited,” Porter told the local news about seeing his daughter. 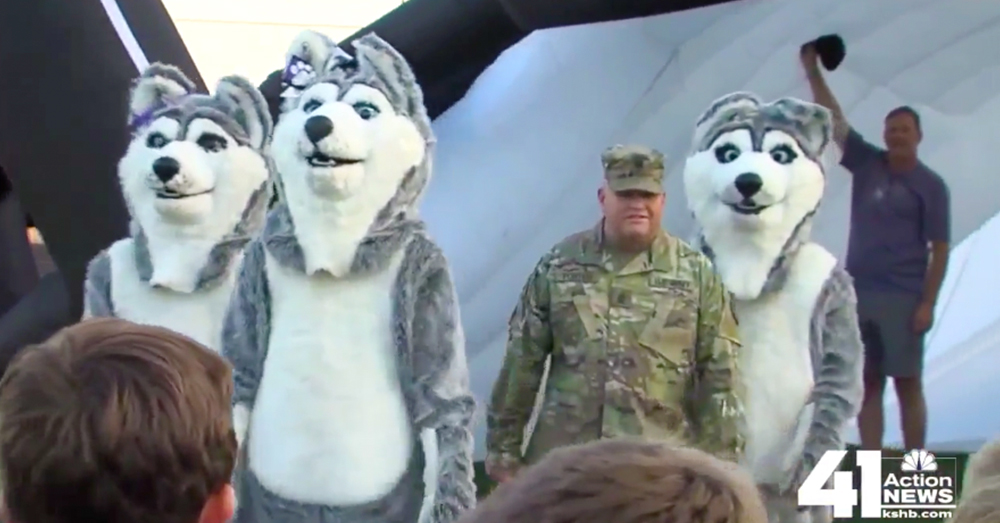 First Sgt. Porter hadn’t seen his family in quite a while. That’s because he was stationed at Guantanamo Bay in Cuba, guarding some of the world’s most dangerous prisoners with his fellow soldiers. Being so far from home and serving such an important detail with the military, it’s no wonder that he was eager to see his daughter and catch up on lost time.

Before the game had started, Porter hid with the players for the pregame entrance. Hiding behind the school’s mascots, Porter emerged onto the football field in his Army fatigues where his daughter could see him. Morgan immediately came running towards her dad to give him a huge hug! 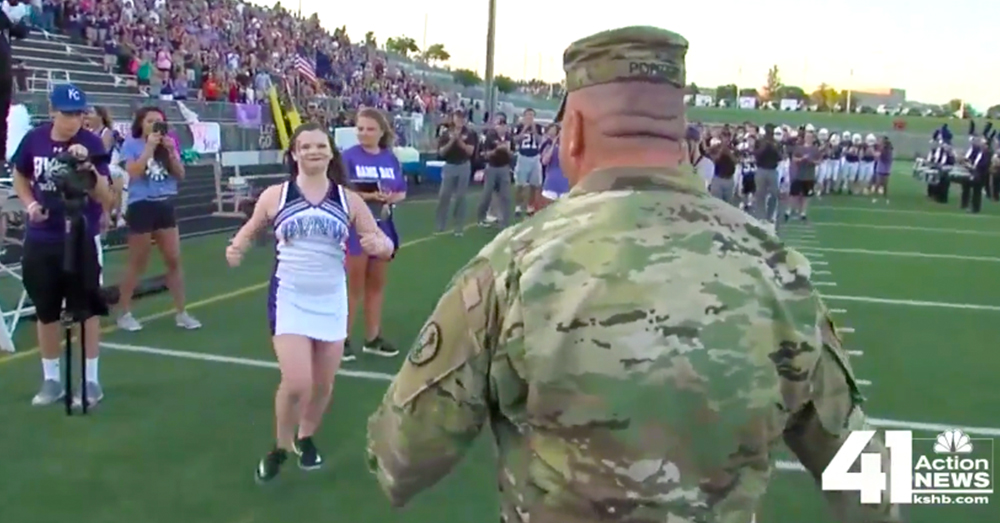 Photo: 41 KSHB screenshot — Morgan came running as soon as she saw her dad on the football field.

As the crowds in the stands cheered on, the Army father and his daughter got a long-awaited reunion with a big hug and kiss on the cheek.

Service members sacrifice so much for our country — sometimes giving the ultimate sacrifice for freedom — but their family members and loved ones make sacrifices, too, with time spent apart, worry and anxiety, and separation. Every time a service member comes home safe and sound is a great moment, and surprise homecomings like this one are just amazing to see!

“I always watch videos of it and I always wonder how that would feel,” Morgan said of the surprise homecoming. “It’s good.”

Watch this great surprise homecoming in the video below!