Jeff Grimm was turning 50 years old, and for his milestone birthday, he didn’t want a cake or party or presents. There was something much more special that he wished for — to have his children all together with him. The problem, however, was that his two sons were in the United States Air Force and Marine Corps.

In fact, Jeff Grimm hadn’t had all of his children together with him in nearly two years.

His daughter, Shelby, was away at college. One of his sons was serving multiple deployments overseas while the other was stationed in Italy. And a father with his children so far away can find it hard to celebrate a birthday, which was clearly seen in the video below.

So instead of a grand celebration, the military dad went out to lunch with his daughter and wife, Melanie, for a low-key meal. What he didn’t know, though, was that his kids had already worked up a big surprise that would make his 50th birthday one he would never forget! 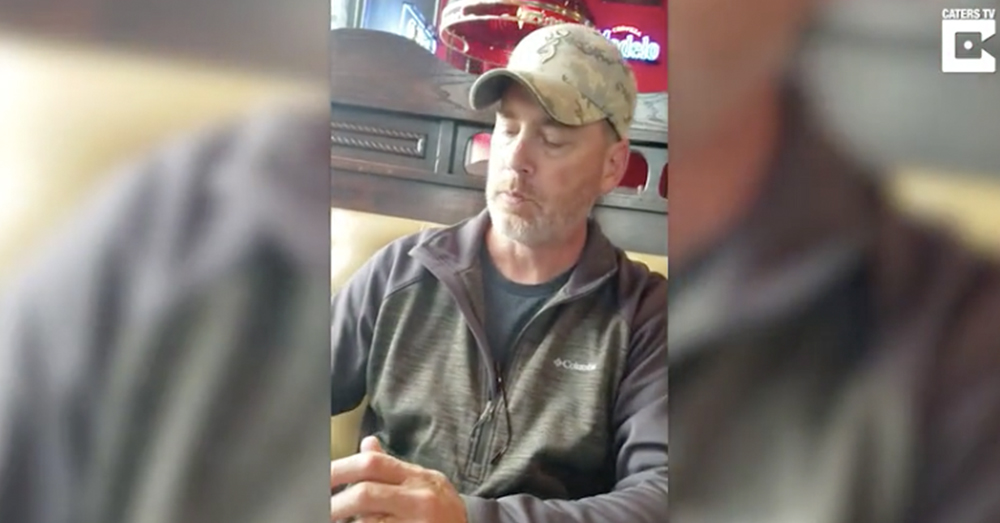 Jeff Grimm’s two sons are Dane and Drew. Dane, 26, is a United States Marine and served multiple deployments overseas. Drew, 22, is serving in the United States Air Force and is stationed in Italy. Between the two of them serving so far away, the whole family hadn’t been together for almost two whole years.

What Jeff didn’t know, though, as his wife and daughter secretly filmed him sitting across from them in the restaurant, was that both the young men had been able to come home and were there to surprise their father for this big birthday. As the pair sit in the restaurant, drolly chit-chatting at the beginning of the video, the brothers sneak in and approach their father in full uniform! 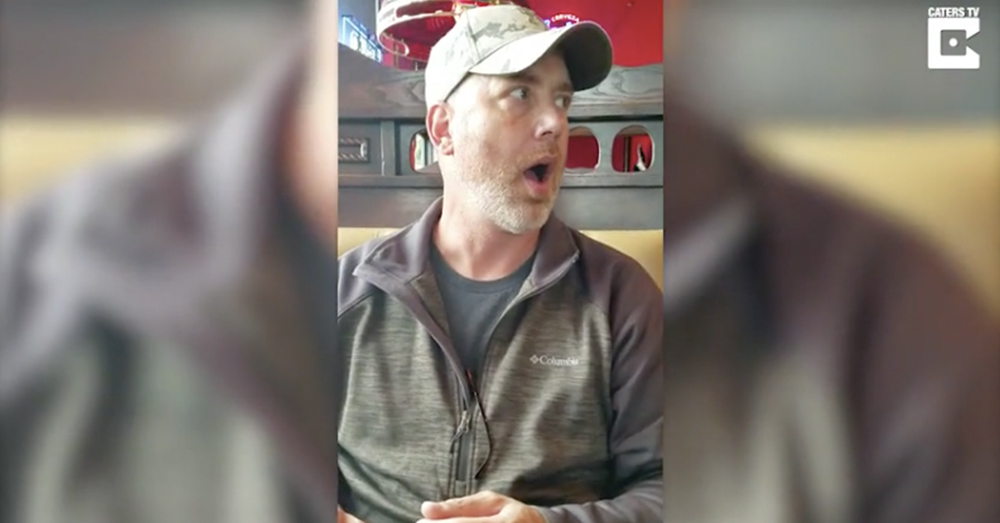 Their dad’s reaction is incredible to watch as he goes from complete shock and disbelief to holding back tears of joy as he is overcome with emotion at seeing both of his sons. In what was surely a long-awaited moment, Jeff hugs both of his sons, who seem just as happy to see him as he is to see them. The whole surprise is amazing to see.

“After a number of very stressful setbacks and several weeks thinking we wouldn’t be able to pull it off, finally both boys were given the green light to come home and we could start planning the surprise,” said Melanie.

Surprise homecomings like this are so incredible to see, and they remind us how much military families sacrifice while service members are away from home.

This is certainly one birthday surprise that Jeff Grimm won’t forget!

Watch this amazing homecoming in the video below!