The United States Military recognizes those who have been killed or wounded in battle with the Purple Heart. It’s one of the oldest awards for such service in the country, and there have been countless recipients since it was first pinned on a soldier in 1917.

But what about those whose wounds we may never see? What about those whose wounds are deep within? Over the last decade, Post-traumatic stress disorder cases among service members have increased tremendously. The Pentagon isn’t ignoring the fact either. New methods of treatment are being explored by the Department of Veterans Affairs. PTSD has gained national visibility but it’s still not recognized as a wound meriting the Purple Heart.

Part of the reason for this is because PTSD is diagnosed after the fact; usually long after the event or events that prompted the mental wound, and often after a discharge from service. The VA doesn’t have a system for relaying mental health records back to the military for the sake of awards. It’s never been done, despite studies that have shown Purple Heart recipients actually live longer than their brothers in arms. The VA studied 10,255 veterans of World War II and the Korean War and found that those awarded the Purple Heart had longer lifespans than those who didn’t. 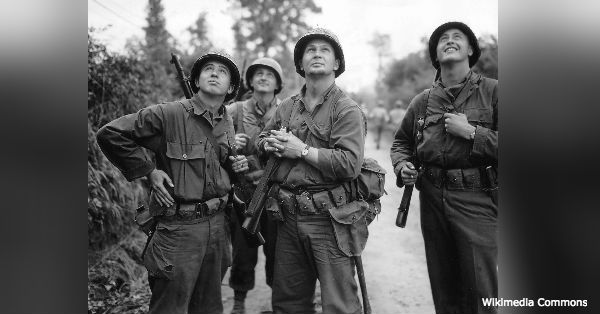 “As an organization that is composed solely of Purple Heart recipients, we have supported fully the Pentagon’s decision not to award the Purple Heart for PTSD. Obviously, we are very sympathetic to those who suffer this terrible disorder. You can hardly find anyone who has served in combat, and especially those who have been wounded in combat, that doesn’t return with some form of PTSD. In recent years, the Military and the VA have become much more aware of its effects and are expanding and improving their treatment of PTSD.”

“The criteria for this particular medal, however, is the suffering of physical wounds on the battlefield as the result of combat action by the enemies of the United States. Moreover, PTSD is a treatable disease — loss of a limb, or any combat wound for that matter, is permanent. And, what about those who feign the illness just to receive VA medical treatment; or, what about a group who witnesses a battlefield trauma together, but only one or two suffer from PTSD; should they all receive the Purple Heart?”

“The Purple Heart: Background and Issues for Congress,” by Barbara Salazar Torreon, an Analyst in Defense Budget and Military Manpower, was brought before Congress in 2015. In the report, Torreon claims that the amount of service members returning from Iraq and Afghanistan with traumatic brain injuries and post-traumatic stress issues have led the Department of Defense to revisit its Purple Heart criteria.

“DOD considers some TBIs eligible for the Purple Heart, as many of those injuries can be diagnosed using brain scans and other objective medical tests,” Torreon wrote. “However, there is continued debate on the validity of mental conditions, such as PTSD, being a part of the appropriate criteria for the Purple Heart. Congress, as well as various executive agencies and departments, is funding and conducting studies regarding PTSD.” 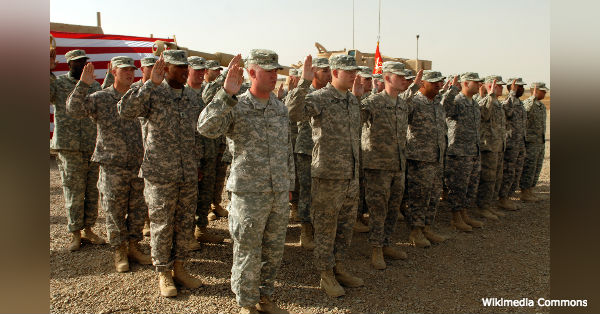 The National Alliance on Mental Illness is spearheading efforts to make veterans with PTSD eligible for the Purple Heart. The mission of the national grassroots advocacy group is to eliminate the stigma surrounding PTSD and to encourage those who suffer from it to get help.

“NAMI is drawing a line in the sand with the Department of Defense,” said NAMI Executive Director Michael J. Fitzpatrick. “Troops with invisible wounds are heroes. It’s time to honor them. It will also strike a tremendous blow against the stigma that often discourages individuals from seeking help when they need it.” 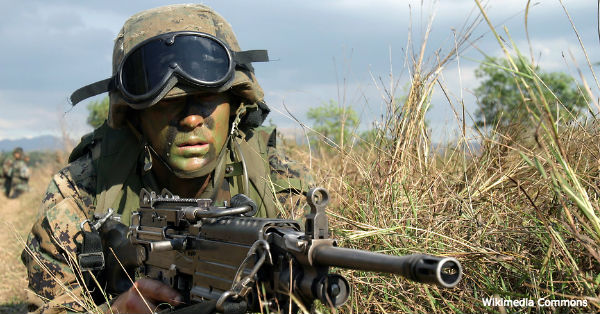 Whether they wear their awards or not, Fitzpatrick calls for respect and decency for all our veterans, and asks that Americans reach out and help them when necessary.

“Simple things make a difference,” he said. “Give veterans rides, watch their children or grant them extra time off from work in order to make it possible for them to get treatment. Our troops don’t leave wounded comrades behind. Don’t leave veterans or their families behind.”

It will take an act of Congress for veterans with PTSD to be considered for the Purple Heart, and that’s just what NAMI and other groups are putting their efforts behind precipitating. For those that have already been awarded the Purple Heart, physical scars can be painful reminders of war, and few come close to the story behind the scar on Pvt. Channing Moss’ side. Follow this link to read more about how Moss took an RPG to the stomach and lived to talk about it.