Don Osteen was a 69-year-old Army veteran who was also awarded the purple heart while he was in the military. He is being called a hero after sacrificing his life to save his grandaughter when their house in Oklahoma exploded and caught fire.

It happened in Maud, Oklahoma on Sept 19 when a propane gas explosion leveled the Osteen’s home. His 3-year-old granddaughter, Paetyen, was inside at the time.

“Not only was the fire devastating, but the entire house collapsed on them both during the fire,” family members wrote on a GoFundMe page. “Papa rushed to cover Pae with his body to save her from the collapsing house and flames.”

Brendon Osteen, his son gave an interview to a local TV station, KFOR. He said his father was lighting a candle next to the stove about 15 – 30 feet from the door when the blast occurred. “He wasn`t worried about himself at all,” he told KFOR. “I’ll leave it at that, but save her was the message he was trying to get across and he did exactly that.”

Don Osteen suffered from a collapsed lung, broken ribs, and third-degree burns over 70 percent of his body that left “flesh hanging off his body” after the blast. Even though he has sustained those serious injuries, he picked up his granddaughter and carried her 1/4 mile up the driveway to get help. 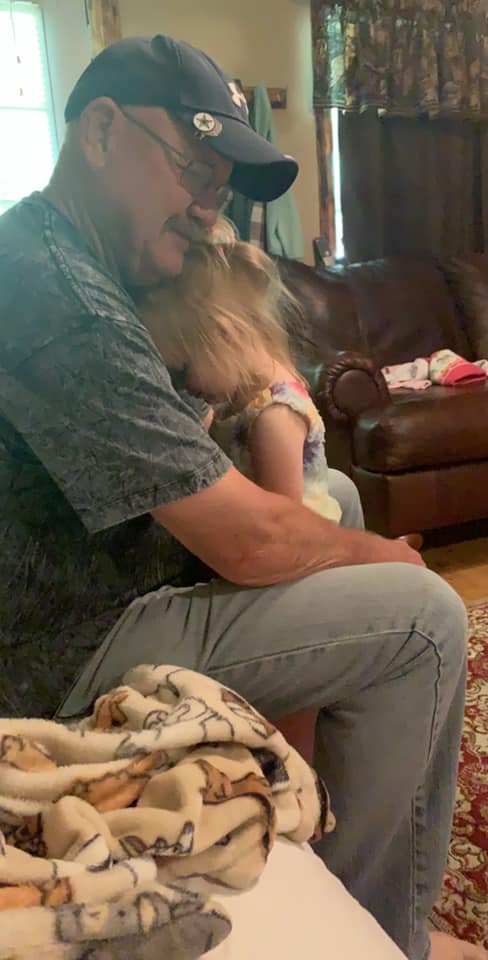 “He just got out of the house and headed straight to where he knew help was,” Brendon Osteen told KFOR-TV. “He tried to get in his truck and his keys were melted to him. His phone was exploded in his pocket.”

Both Don and his grandaughter were airlifted and placed in critical condition at the Integris Burn Center in Oklahoma City. Family members reported that he passed away due to his injuries on Sept 23. 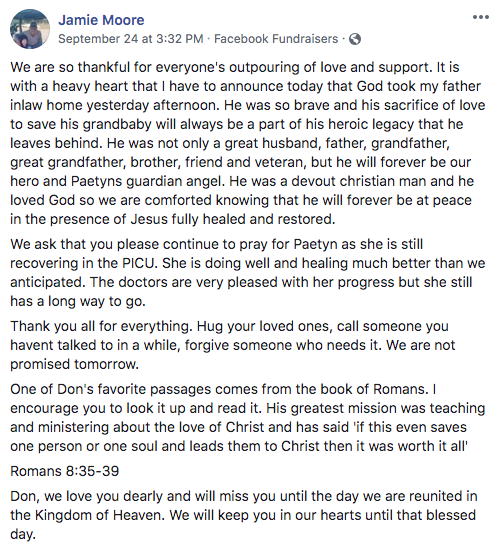 “He knew that he did his job by saving the life of his Boo Boo Chicken. He loved my daughter beyond unconditionally. And he gave it all for her to live,” Brendon wrote on Facebook. “He was a great God-fearing man who impacted so many people. And he will be missed dearly.”

Brendon referred to his father as being a very ‘Christian man’. He also called him a hero.

“He believed he should try his best to live his life to the standard of Jesus Christ and that was his first obligation every day that he woke up,” he wrote. “He lived to be like Christ, and he gave his life in sacrifice of my daughters Like Christ.”

Brendon went on Facebook to say that his daughter is ‘healing up wonderfully’ and is continuing to recover in the hospital. 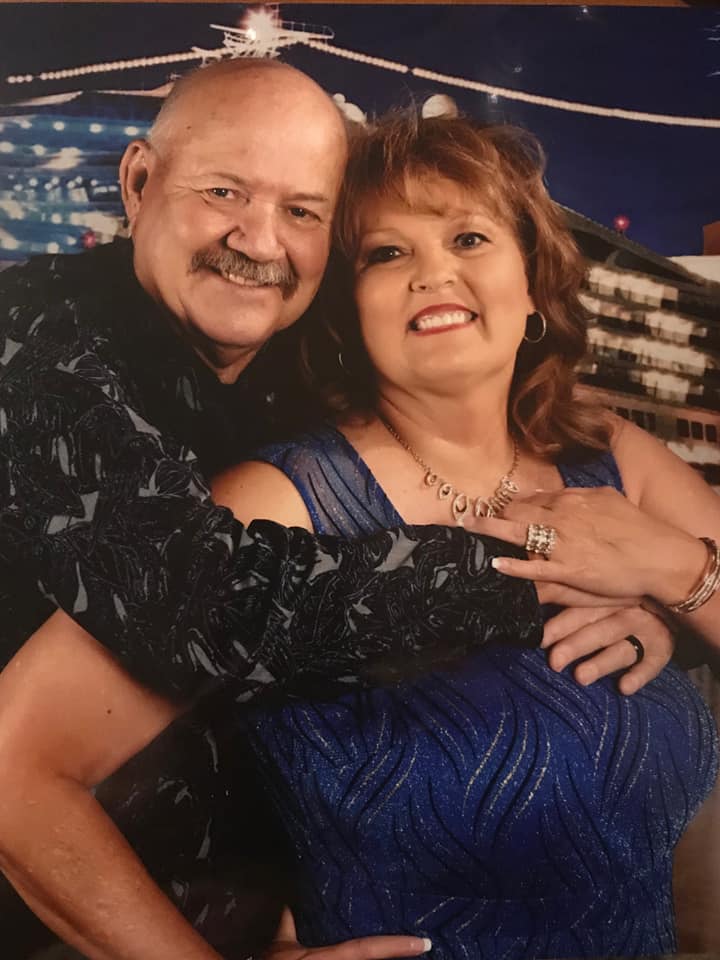 She was moved to her own room at the hospital on the pediatric floor. She was scheduled to have skin graph surgery on Thursday.

“The resilience of this little girl is more than most men I see nowadays. One proud set of parents here,” her father wrote. “We’ve got a special one for sure.”

Don Osteen will be receiving a memorial service with military honors according to the obituary It will be directed by Swearingen Funeral Home of Konowa, Oklahoma.

The 69-year-old veteran received his purple heart after being injured in Vietnam in the 70s. He also received the National Defense Medal, Vietnam Service Medal, Marksmanship Medal, and two Bronze Star Medals.