The Bureaucratic Nightmare Between Purple Heart Recipients And Their Benefits

The Purple Heart was first pinned on the uniforms of those who fought and were wounded in the Revolutionary War, when General George Washington awarded it to those in his command. In 1932, Congress ordered it recommissioned with a silhouette of Washington and designated the award to troops wounded in combat beginning in World War I.

It was given to troops who caught shrapnel in Germany, Marines who stormed the beaches of Normandy and Guadalcanal, Navy sailors who fought in the Pacific, service members who were injured in Vietnam, and the men and women who left blood behind in Iraq and Afghanistan. For more than a century, the Purple Heart has been worn by American veterans who put their lives on the line for their country, and paid a heavy price.

But who does it really belong to? 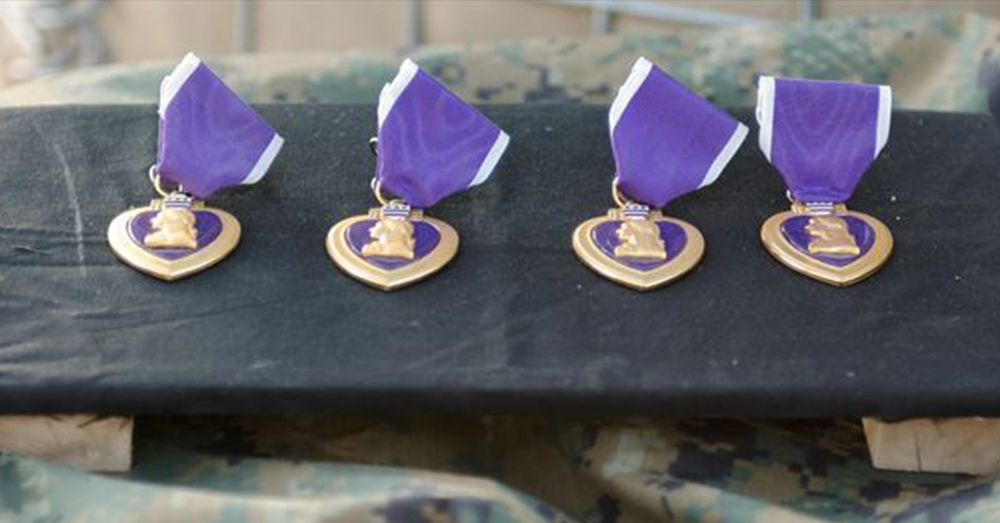 In 2009, the Order and the Foundation decided to recognize each other as separate organizations, and resolved not to interfere with each other’s proceedings. But years later the Foundation has seen funding dip into the red, and the Order has become unable to support its initiatives.

“We strongly encourage management, in light of its current strategic plan, to evaluate all of its revenue and expense sources and assess the feasibility of generating the funding necessary to support its future operations,” an auditor from an independent organization wrote in a letter obtained by the Washington Examiner. 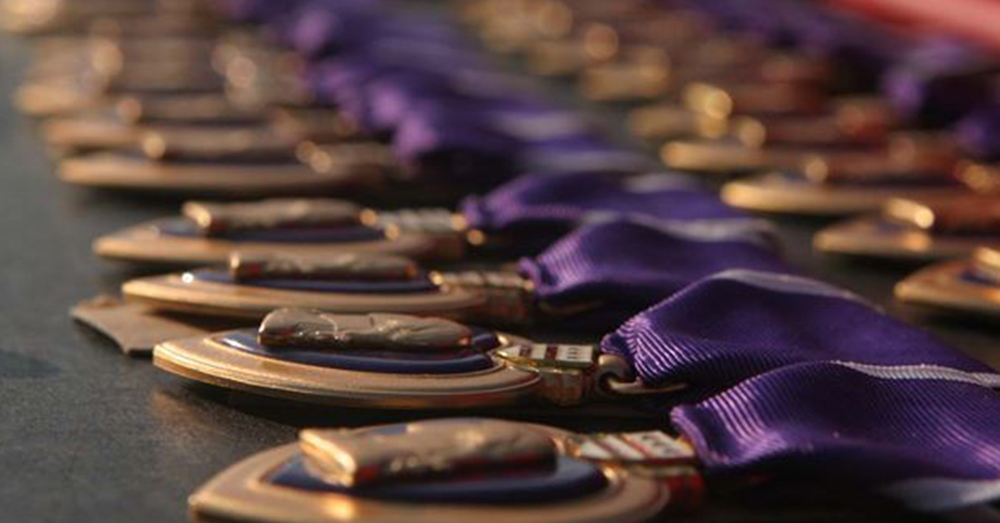 Source: U.S. Marines
The Purple Heart Medals are one of the oldest medals given out by the Marine Corps.

Douglas Greenlaw, national commander of the Order and a member of the Foundation’s board, expressed deep frustration with the Foundations’s failure to provide the full $6.4 million it had promised. The value of the foundation’s assets totaled $21.8 million in 2014. Just five years later it was running a $2.7 million deficit.

“I’m totally prepared to do this job I am doing, and I’ve witnessed many boards in my career, nonprofit and profit,” Greenlaw said. “And this is the worst-run board I’ve ever seen.” 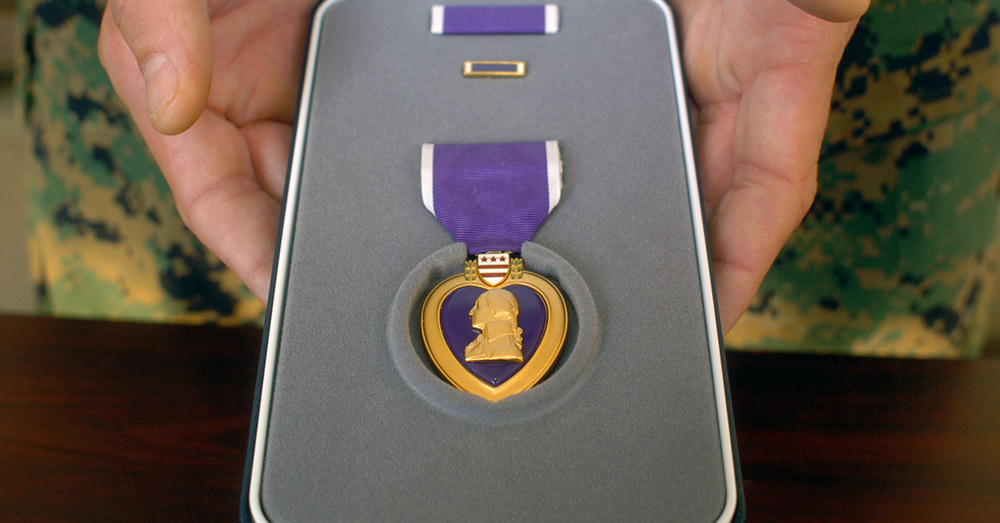 Source: Wikimedia Commons
Corporal Benjamin A. Taube displays his Purple Heart received after being injured in Iraq in 2003.

The Order has been forced to halt most of its services, laying off at least 70 officers while keeping the national adjutant and national service officer on duty; but they will not receive a paycheck.

The Order’s National Service Program helps veterans from all branches of the military file their benefits claims with the Department of Veterans Affairs. More than 12,000 VA claims were submitted in 2017 alone, leading to about $214 million in benefits for those veterans. 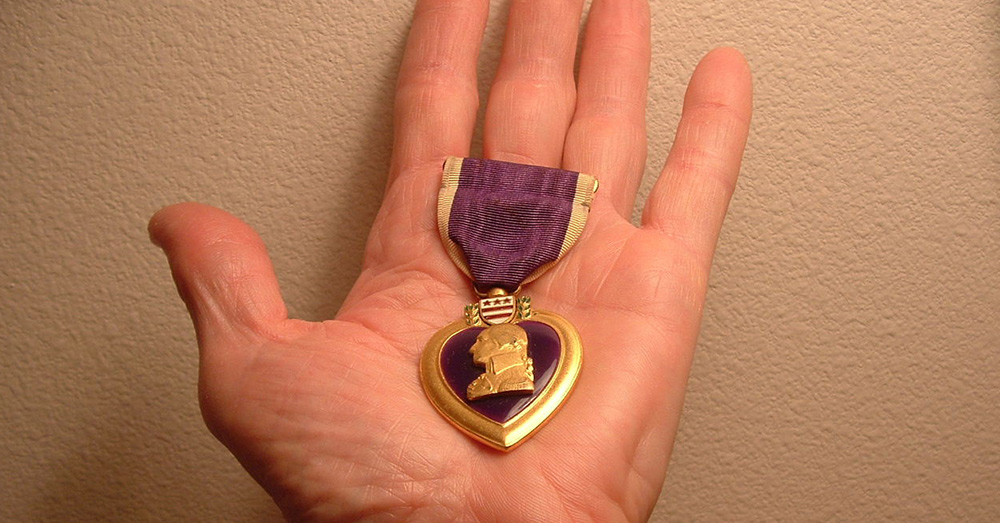 Hundreds of thousands of cases involving wounded veterans, which the Order ordinarily has a 90% success rate with, must be shelved.

“So we are now in a counter-lawsuit with our foundation,” Greenlaw said. “And we are requiring that we take all of the intellectual rights from them and put it back into the order, where it originated.”

The Foundation sees another side of the story. 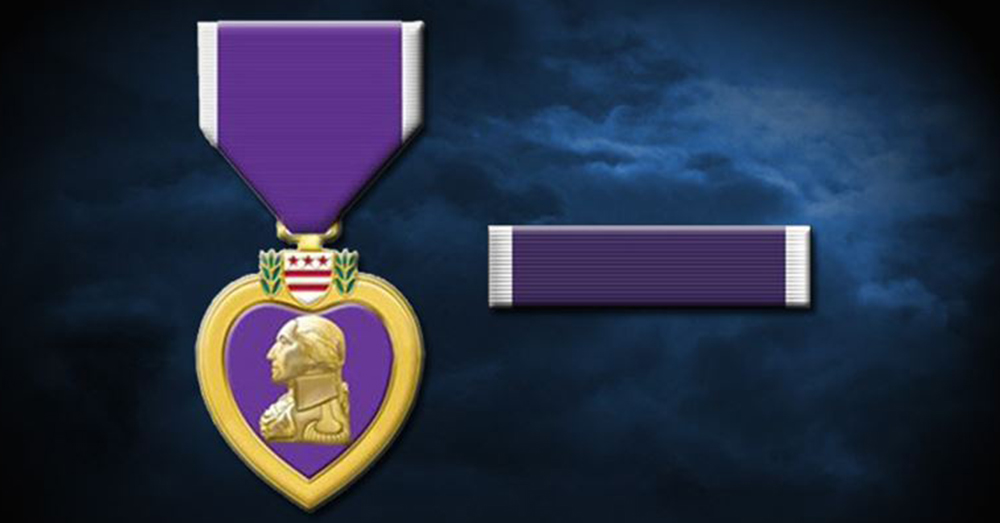 According to Stephanie Kalivas, an analyst with the American Institute of Philanthropy’s Charity Watch, the Purple Heart Foundation has consistently received a failing grade for efficiently handing donation money.

“The bottom line is they’re spending a whole lot of money on professional fundraisers, and they’ve been doing that a long time,” Kalivas told the Military Times. “They don’t have any money left for their programs.”

Greenlaw has turned down the foundation’s request to meet with a mediator. Now it’s up to the courts to decide who owns the rights to the Purple Heart trademark.

This Veteran Could Lose His Home Over A Missed $236 Payment He Didn’t Even Know About: Click “Next” below!