On August 7, 1782, George Washington created the Purple Heart to be awarded to all who were wounded or killed while serving in the armed forces in our wars. The Purple Heart honors both the valor and the sacrifice of those who receive it. Those who wear it do so with a humble and quiet pride.

As things often go in the midst of the “fog of war,” sometimes those who are due the award, never receive it for one reason or another. According to the Sioux City Journal, two families with local connections were able to receive the Purple Hearts that were due to their now deceased family members on this past Purple Heart Day, Aug. 7, the 236th anniversary of the creation of the medal, in ceremonies held in Washington, D.C. 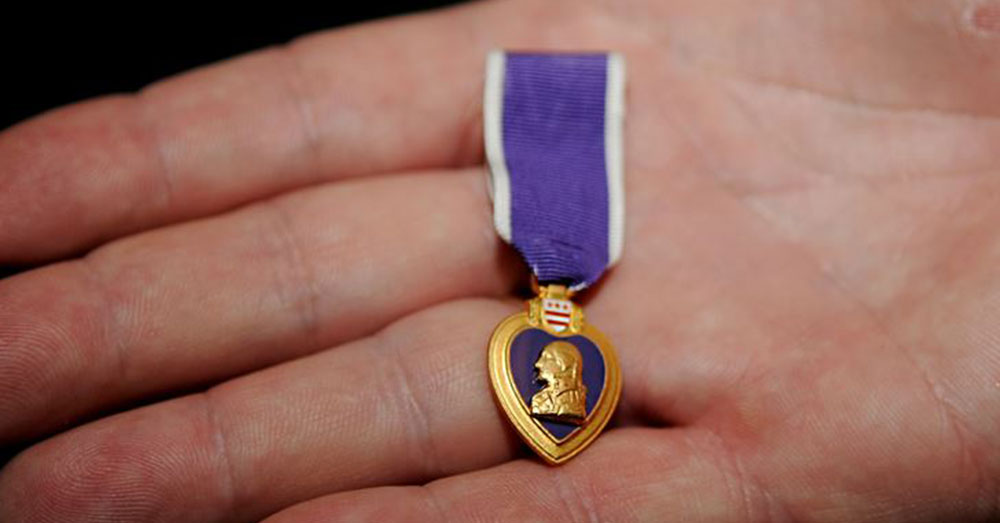 Source: U.S. Air Force
The Purple Heart is awarded to those who have been wounded in battle.

One of those families was the Hish family currently of Harlington, Neb. Joseph Hish, Jr. now 90 years of age attended those ceremonies in Washington, D.C. to receive the Purple Heart that was awarded to his father, Joseph Mark Hish, for injuries he sustained while serving with the 89th Infantry Division during the Meuse-Argonne Offensive from Sept. 29 to Nov. 11, 1918 (Armistice Day) in WWI. Hish, Sr’s injuries were the result of gas attacks.

According to his son, “The gas attack injured his lungs and ultimately led to his death.” 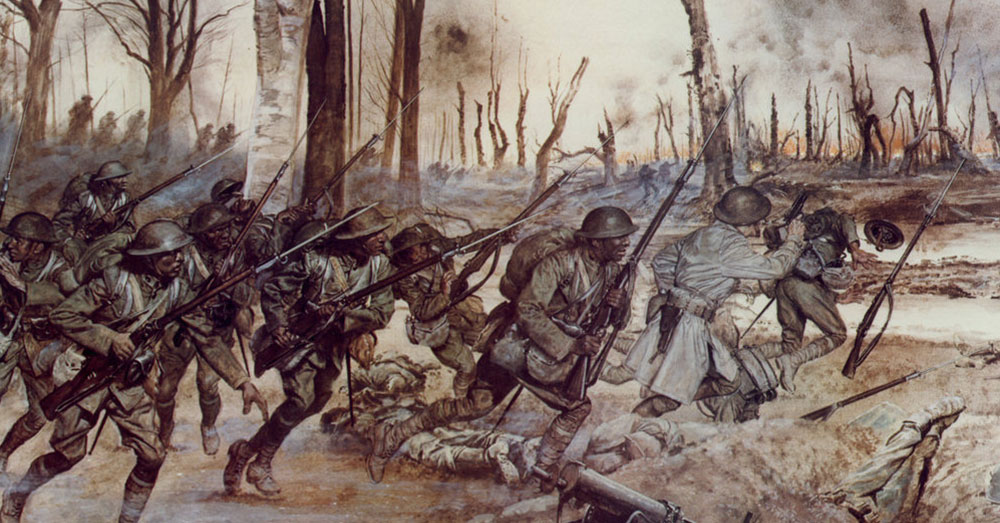 Hish, Sr. died on Dec. 29, 1963. Joseph Hish, Jr. served in the United States Air Force for 21 years. He said that receiving his father’s Purple Heart at this ceremony was, “the highlight of my military career.”
The other family who attended that Purple Heart Day ceremony this past August, was the family of Fred Mueller, of Ireton, Iowa.

Fred Mueller was killed in action during the D-Day Invasion of June 6, 1944. He was a paratrooper with the 101st Airborne Division. The plane he was in must have been hit with anti-aircraft fire. It exploded in mid-air before they were able to be delivered over their drop zone behind German lines.

Mueller is buried at the St. Laurent Cemetery, in Normandy, France. His medal was received by one of his granddaughters, Kristi Bonfigt of Chandler, Ariz. 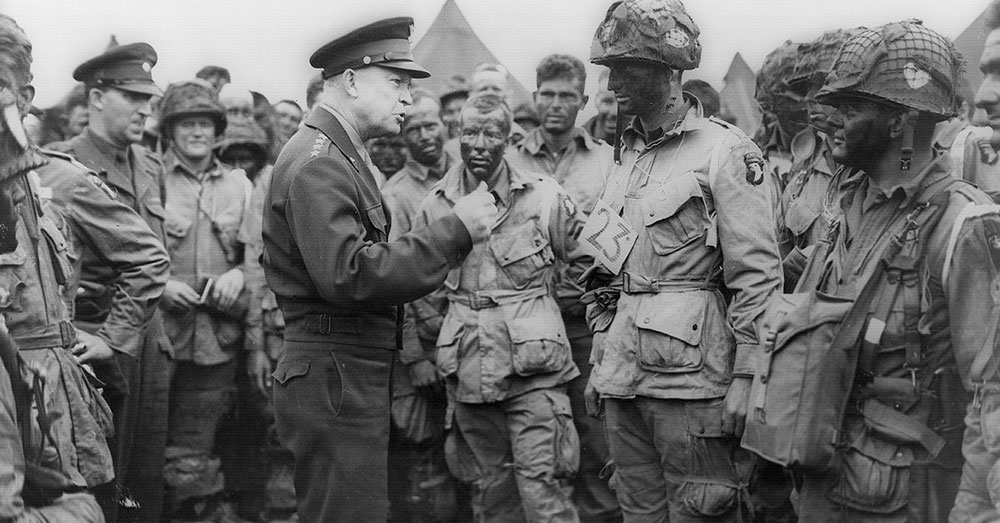 Source: Wikimedia Commons
Gen. Dwight D. Eisenhower gives the order of the Day. ‘Full victory-nothing less’ to paratroopers in England, just before they board their airplanes to participate in the first assault in the invasion of the continent of Europe.”

This year the Purple Hearts Reunited Foundation returned medals to eight families at the ceremonies held in the Kennedy Caucus Room of the Russell Senate Building. 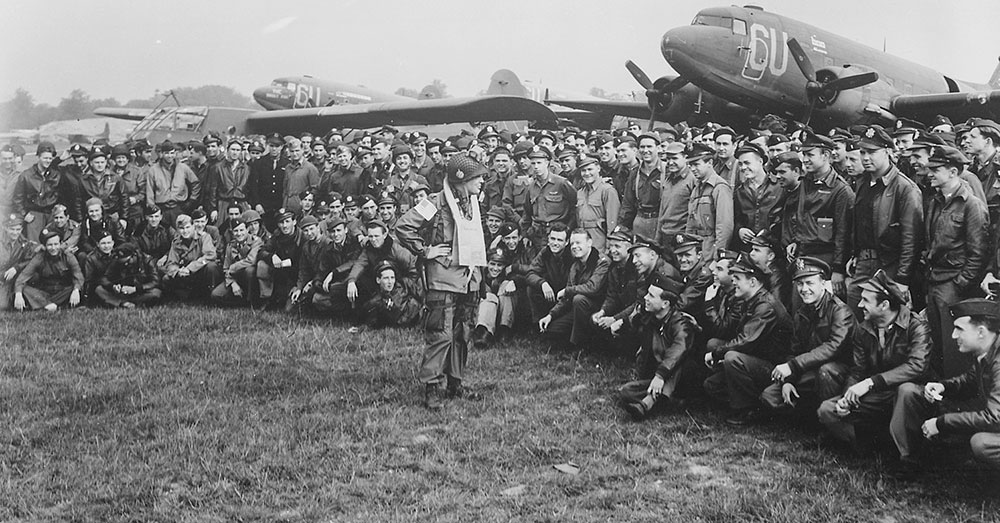 Purple Hearts Reunited is dedicated to returning Purple Hearts and other valor medals that have become separated from the original recipients or their descendants. They return medals that have been lost or stolen, or for a variety of other reasons were not received by the original recipient. If they cannot return them to family members they donate the awards to suitable organizations like museums.

Those who have served in combat know and have a great deal of respect for the Purple Heart. They know what it means and its costs. It is one of the most respected of combat awards.

The Veterans Site sends its condolences, respect and thanks to the Hish and the Meuller families. We honor the memory of Joseph Mark Hish and of Fred Mueller for the great sacrifices they both made in service to this country.

May they rest in peace.