PTSD has become a part of our language over the last 15 years since 9/11. It is now recognized as real and devastating injury. Traumatic Brain Injuries (TBI) are also now being recognized as real wounds deserving the Purple Heart.

The military services, the DOD, the Pentagon and the civilian sectors are all trying to find ways to better diagnose and treat the various symptoms of PTSD and TBI and to mitigate their effects on those who suffer from these injuries.

One of the greatest difficulties for those suffering these wounds, is accepting the need for and then seeking out the help for these injuries. They struggle against the ingrained expectations of the military/warrior culture. As a result, many who are suffering the effects of PTSD, or TBIs, assume, wrongly, that it is a sign of weakness to ask for help.


Well, there is someone who has come out of the shadows to not only to talk about his struggles with PTSD, but to encourage his fellow warriors to address their own struggles and reclaim their own sense of well-being. He is not just anyone. He is Brig. Gen. Donald C. Bolduc, a Green Beret in the Army’s Special Forces who is presently the commander of American Special Operations Forces in Africa.

According to a New York Times article from Oct. 7, 2016, written by Dionne Searcey, Bolduc is a veteran of eight combat tours. While on those tours he experienced the same things that his fellow combat veterans experienced. In Afghanistan, he survived the explosion of a 2,000-pound bomb that dropped so near his position that it killed several of his men. He survived a helicopter crash and endured countless experiences of IED and other battlefield explosions.


These kinds of experiences are commonly known by all those who have served in combat. As a result of these experiences, Bolduc began suffering many of the symptoms that are associated with PTSD and TBI injuries. He had frequent and severe headaches. He was having trouble sleeping and became more moody. One of the things he began to notice was that his balance was off. Even though he was experiencing all of these things, it took him twelve years to finally seek help. He found that he was not only suffering from the effects of PTSD, but also found that he had an actual scarred area in his brain that may have been due to the helicopter crash he survived.

For the past three years Bolduc has been getting treatment and is much better. Here is what is most interesting to me. Despite the PTSD and TBI, he remains a man of competence and action. In acknowledging his symptoms and seeking the help he needed to address and begin to overcome them, he has become even stronger and more sensitive to the realities all of his men and women are going through.

Bolduc is presently in command of the Special Operations Forces in Africa, dealing with extremist groups like ISIS, Boko Haram, and Al Shabab. He was a competent and effective leader before, and is an even better one now. He has become a bit of an evangelist in terms of getting his soldiers to see the value of seeking help for the things that they are experiencing related to PTSD and TBI. This commanding general admits openly to his troops that he is in counseling.

According to the New York Times article, Bolduc says, “The powerful thing is that I can use myself as an example. And thank goodness not everybody can do that. But I’m able to do it, so that has some sort of different type of credibility to it.” 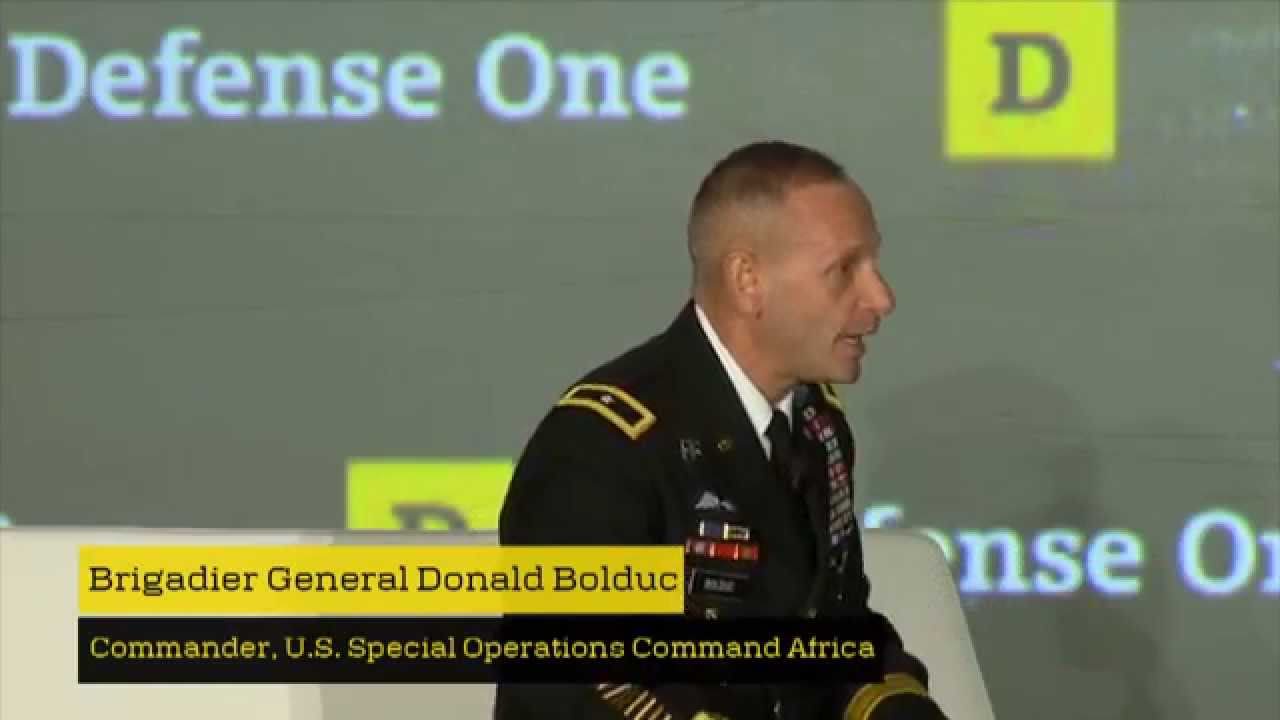 Addressing a large gathering of the people under his command, Bolduc asked them how many had been close to bomb blasts, IED and mortar explosions. Every hand went up. He then asked them how many had sought help. No hands went up. He then told them his story. Afterwards all of his men decided to get exams. One was found to have a tumor and is currently under treatment at Walter Reed Hospital.

Many of our combat veterans are struggling with the effects of the very real injuries of PTSD and TBI. Their families know it too. There is help available for those who are experiencing symptoms of sleeplessness, moodiness, anger issues, or suicidal feelings. It is not a sign of weakness to seek respite from these pressures, but one of great courage. The unbelievably high rate of suicide among veterans due to these treatable injuries is deeply concerning.

Listen to Brig. General Bolduc. He was able with the help of his wife, to take the courageous steps to seek the help he needed. It has not slowed him down in his military career. Rather it has made him stronger and more effective.

It is not a sign of weakness to ask for help. The military, the Pentagon, the DOD, and the civilian sectors have all been awakened to the real needs of those suffering from PTSD and TBI. They are offering a great variety of very competent and effective help.


As Brig. Gen. Bolduc himself models, it is a sign of courage and self care to seek the help that is there and available. There is a reason why we say, “War is Hell.” Its effects on us are both physical and psychological. What we combat veterans have experienced in terms of combat environments, being shot at, the physical effects of explosions, the images of wounded and killed brothers, all of this stays with us. When they start to affect our daily lives, or begin to prevent us from dealing with the normal realities of life, we need to seek help.

We are injured. There is no stigma. Our brothers and sisters will not look down on us for seeking help. In fact, we may be a catalyst for them to seek the help that they need. We are a brotherhood. We watch each other’s six. We take care of each other. Don’t hesitate to ask for the help you deserve, that you have earned, and that is there waiting for you. Please, ask for help. It will make all the difference, just as it did with Brig. Gen. Donald C. Bolduc.

The Veterans Site wants to express its love for all of our who are currently serving, and those veterans who have served, in the Army, Navy, Air Force, Marine Corps and Coast Guard. You are the best among us. You have done more than anyone for this country. Your service, your sacrifices, and those of your families, are ever in our thoughts and prayers. We need your strength and your experience. Talk to one another, encourage each other to seek the help. That’s what we do when all hell is breaking loose around us. Let’s keep doing it now.