This young man has been there. He knows the sound, the fury, and the smell of battle. He is a veteran of tours in Afghanistan and has a true love for those with whom he served.

He says of them, “They have put their lives on the line for their country.” And he has done the very same thing himself, though we would ordinarily think that a person of his status would not have to go into actual battle for obvious reasons.

Who is this young man? He is none other than the son of Princess Diana and Prince Charles of England, the ginger-haired, battle tested, Prince Henry of England. 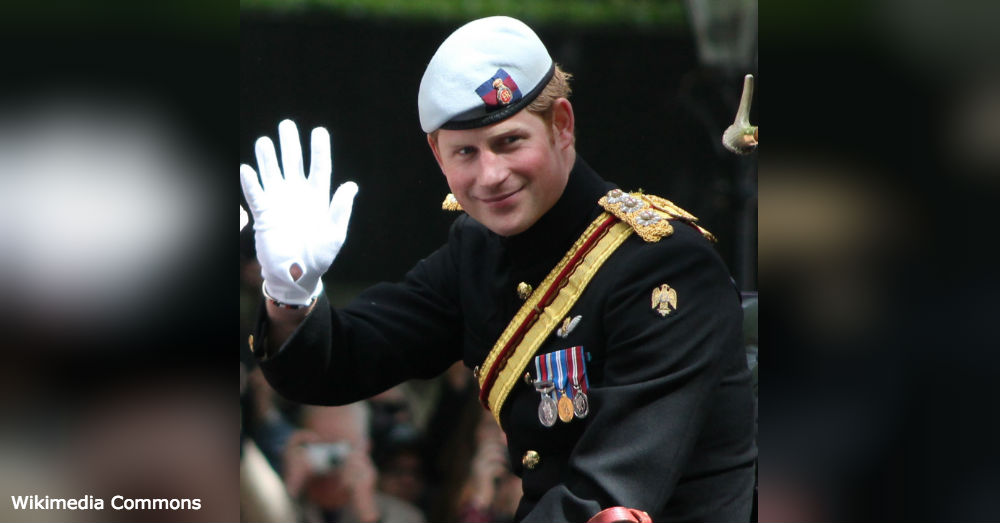 Henry even participated in a 1,000-mile walk from Scotland to London with the “Six-Strong Team” of veterans, all of whom are struggling with injuries, physical and mental, they received as a result of their service to their country. This is not just a British thing either. The group also includes some United States Marines.

The Brits and the Americans have made the same sacrifices in service to their countries in the post 9/11 wars. They have often fought side by side in the coalition forces in Afghanistan. This brotherhood of warriors transcends national borders as a result of our mutual efforts to deal with the current threats of radical terrorist forces in the world.

In an interview with The Telegraph of London, Henry was asked about his support for veterans dealing with the effects of PTSD.

“Mental health is a sensitive subject but it doesn’t have to be. We need to talk about it more, get rid of the stigma,” he said. “What better people to bring that to the forefront than these guys? They are mentally strong and they are willing to talk about it.”

Henry also remarked about how he misses parts of the army and feels a strong connection to his comrades.

We here in the United States need to address these issues for our veterans with the same kind of openness and with the same kind of high-profile support. The VA, the Department of Defense, and the military services, as well as the society in general have all fallen short on their duties to our veterans, especially those who bear the external and internal wounds and scars they received on the field of battle.

These few of us have borne the whole weight of war on our behalf, in order to preserve our security and our freedoms. They deserve our attention, our respect, and our eternal gratitude. We must not allow their needs to go unattended, we must not allow ourselves to forget them, or abandon them. We, the People, need to put pressure on our government at every level to do their due duty toward our veterans. Our veteran brothers and sisters who volunteered to do the dangerous work of confronting those who threaten all of us with their courage their dedication to duty and their faithfulness to the country, deserve our full attention and care.

Let Prince Henry’s dedication to veterans be an example to our leaders. His love for his brother and sister veterans is deep and sincere. He told The Telegraph that he wants to dedicate the rest of his life to working with ex-servicemen fighting mental health problems, as he feels lucky to have escaped Afghanistan alive. He knows what it is like to serve with these men and women.

“The military banter never goes, the dark sense of humor will always be there. We’ll get into trouble together,” he said.

That’s the kind of commitment we need from our leadership, the VA, the Department of Defense, all of the military services, and from the American people.

Thank you, Prince Henry, for your service to your nation and to your fellow veterans, both on the field of battle and at home. We thank you even more for showing us how important it is for us to care for those who have put their lives on the line for all of us.

The Veterans Site encourages readers to do what they can to help veterans. Advocate for their health care, for educational benefits, for jobs and temporary housing needs. They deserve everything we can do for them. They earned it.