All those who go to war and who face the enemy on the field of battle know the challenges of courage under fire. Most prove themselves to be up to the task and are able to accomplish things that their peers back home cannot even imagine. But there are some men who are brave beyond the speaking of it. Their heroism makes for the stuff of legend.

One of these men was Pascal Cleatus Poolow, Sr. This is his story.

Pascal Poolaw, Sr. was born into the warrior tradition of The People of the Kiowa nation in Anadarko, Okla. Most Americans may not know this, but Native Americans from all of the tribes have served in the United States armed forces in the past, and continue to do so now, at a higher rate per capita than any other group in America.

Poolaw would follow in that tradition and prove himself to be an example of a true warrior over the course of an unbelievable career in the U.S. Army, a career that would see him fighting in combat in three of the wars of the 20th century: WWII, Korea, and Vietnam. During that time, he would become the most highly decorated Native American soldier in our history, receiving some 42 medals and citations. He is a true American hero, indeed. 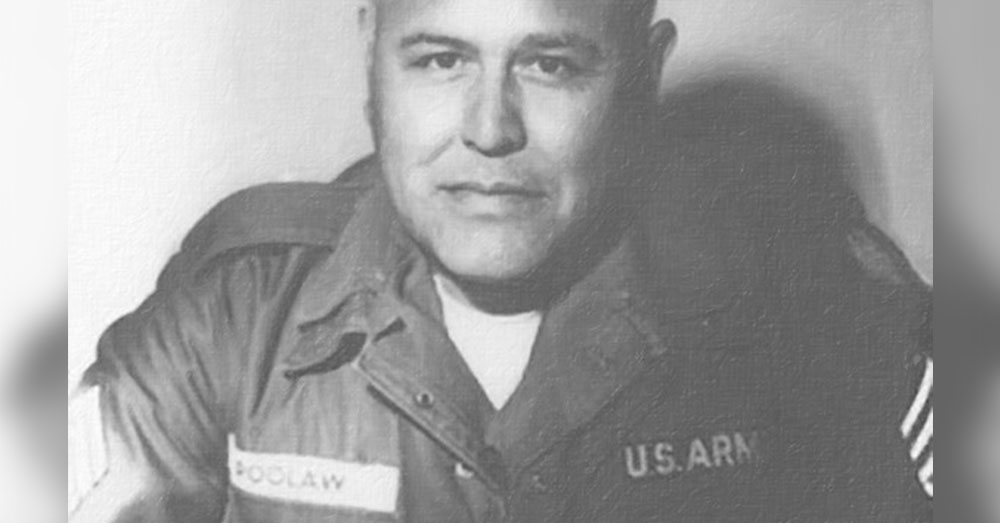 Poolaw joined the Army in 1942. His dad, Ralph Poolaw, and two of his uncles, were also serving at that time. During WWII, because of his heroic actions in combat, he would be awarded a Silver Star and a Purple Heart in battles against German forces in Europe. During the Korean War, Pascal was wounded again, received his second Purple Heart, and this time was awarded a Distinguished Service Cross for his gallantry on the field of battle.

After Korea, he retired from the Army in 1962. He would join up again in the early stages of the Vietnam War. He did so in a father’s effort of love trying to keep his four sons who were all in the military by that time, from having to go to Vietnam. His efforts to keep his sons out of combat in Vietnam were not successful, though.

Poolaw volunteered to go to Vietnam in order to keep his son, Lindy, out of it. He was depending upon the military regulations at the time, which prohibited two members of the same family from serving in combat situations at the same time without their consent. Lindy would end up receiving orders anyway and was off to war a day before Poolaw, Sr. arrived at his port of departure for Vietnam in California.

The Poolaw family had already seen one of their sons come home from Vietnam seriously wounded. That was Spc 4 Pascal Cleatus Poolow, Jr. He had lost a leg to a land mine during his tour in Vietnam. 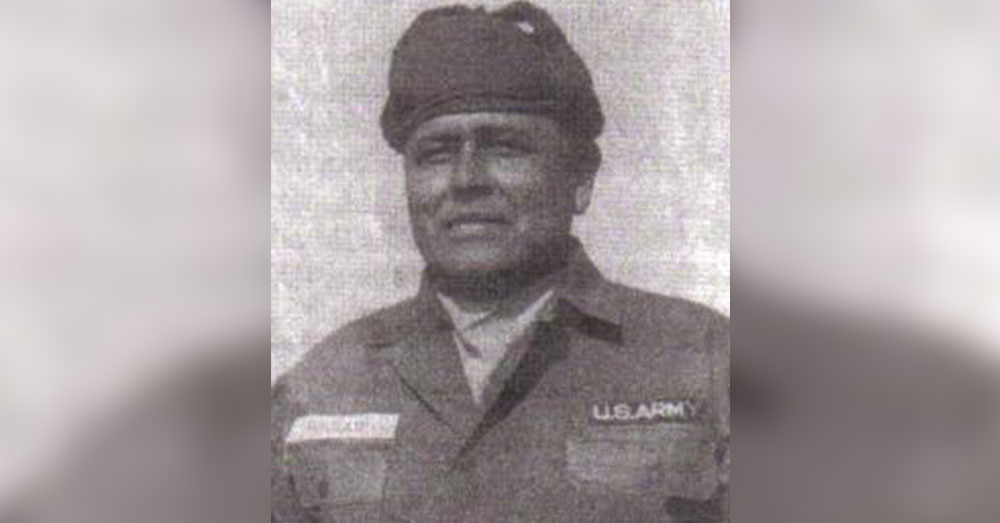 Poolaw Sr. had been in Vietnam for four months when he was again on another combat operation. He had written a letter home just before going out on this operation saying that he “rated his job there as being more important than his life.” While on this operation, his unit came under a sudden and heavy attack by a much larger force of Viet Cong.

It was during this intense battle that 1st Sgt. Poolaw’s heroism would reach unprecedented heights.

When all hell broke loose around them, Poolaw went into action. According to the Silver Star citation, “Under a hail of fire, Poolaw raced to the lead squad, exposed all the way, and deployed the squad there to lay down a base of fire.”

It was said that this action alone saved many lives in his unit that day. This was not all that he did that day though. 1st Sgt. Poolaw continued to move back and forth across the field of enemy fire to make sure all were positioned properly and getting the most effect out of their return fire. While doing this he was also pulling the wounded back to medical care. 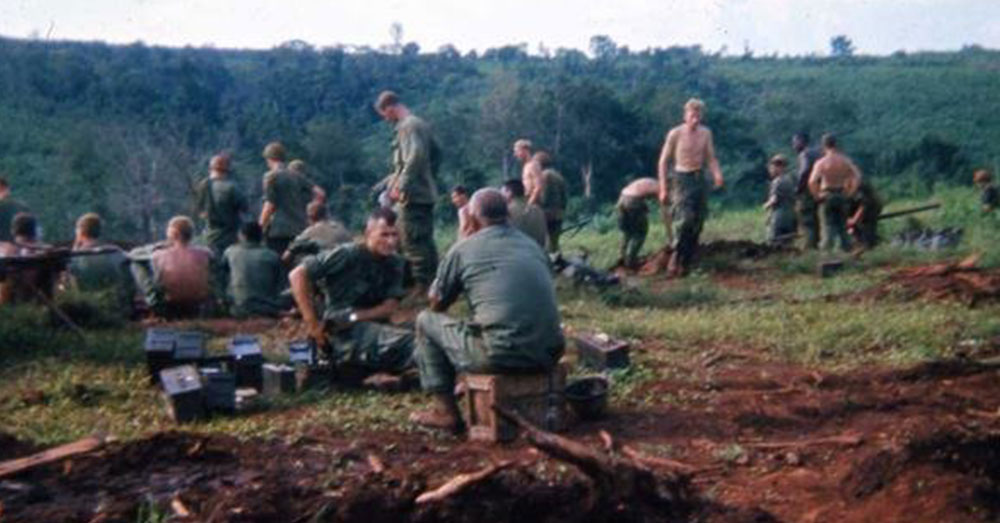 He was wounded himself by shrapnel and rifle fire during the course of these actions. He was later mortally wounded after being struck by a rocket propelled grenade while pulling yet another casualty out of the line of fire.

Over the course of Poolaw’s military career he would be awarded 42 medals and citations, including a Distinguished Service Medal, four Silver Stars, two Bronze Stars, and three Purple Hearts, as well as campaign medals from three wars.

Pascal Cleatus Poolaw, Sr. was a warrior in the fullest sense of that word. He was a warrior for his family, his people, and his country. Indeed, his heroism was defined by his love of family, of the traditions of his people, and the United States of America. To have carried this love out in service through three of the 20th century’s most bloody conflicts is a feat of heroism unlike any other. He was a humble man who dedicated his entire life to causes much larger than himself. 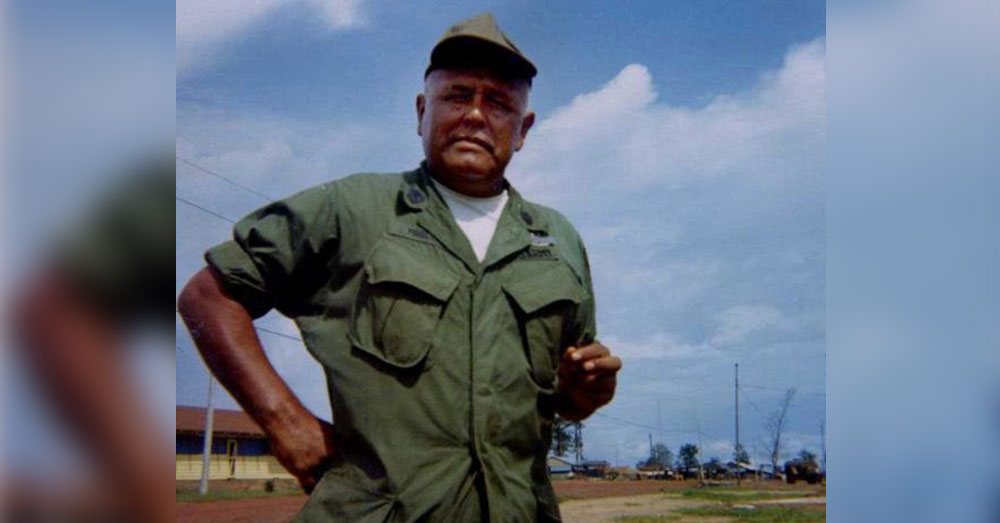 In the book, The Journey of Crazy Horse, by Joseph M. Marshall III, a fellow Lakota, saw in Crazy Horse as an example of the kind of leadership that others gladly followed in peace and in war fighting. Marshall defines the characteristics of true leadership in this way: “True leadership is exercised when someone performs a necessary or critical task and accomplishes an objective thereby setting an example. Leadership by example, then, is the truest and most effective kind.”

Pascal Poolaw, Jr. was an example of this kind of leadership character as well. He was a man of great dignity, and a warrior of great honor.

At his funeral, Poolaw’s wife Irene gave the eulogy and said of her husband, “He has followed the trail of the great chiefs. His people hold him in honor and highest esteem. He has given his life for the people and the country he loved so much.”

The Veterans Site wishes to send its deepest respect to the family of Pascal Cleatus Poolaw and to the Kiowa people of Oklahoma. You remain an example to all of us. Rest in Peace good warrior.