Woman Falls To Tears When She Hears Gift ‘Talk’

If the best holiday gifts are those that leave lasting impressions, it’s safe to say this plush ‘patrolman’ won’t be beat any time soon.

The recipient of the gift, a mother whose police officer son died in the line of duty, is beside herself when she realizes just what she’s opening.

A uniformed teddy bear brings her to tears, but that’s not even the best part. 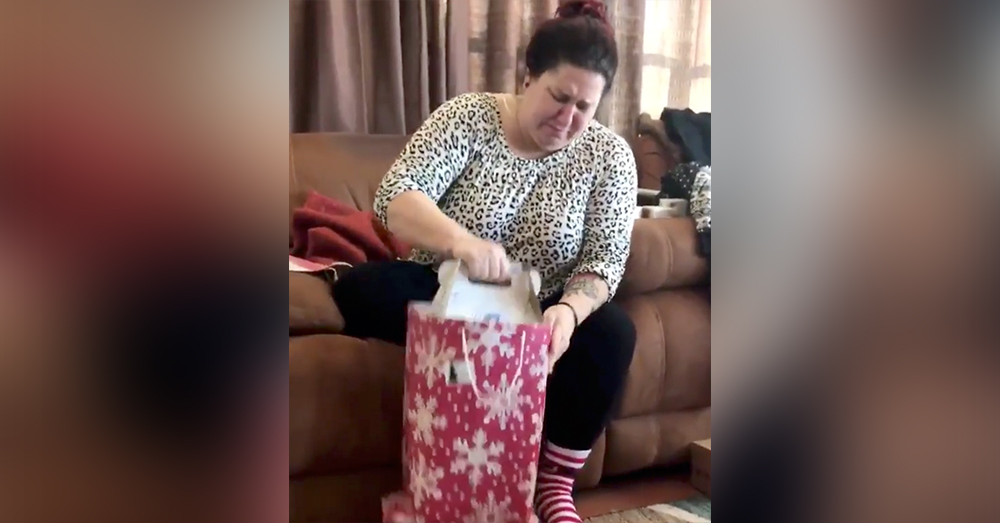 Source: Instagram/barstoolsports
The simple gift holds a lot of meaning.

As the woman presses the paw of the teddy bear, a familiar voice is heard. It’s her late son, speaking to her from a recording. She falls back into her seat, overcome with emotion. 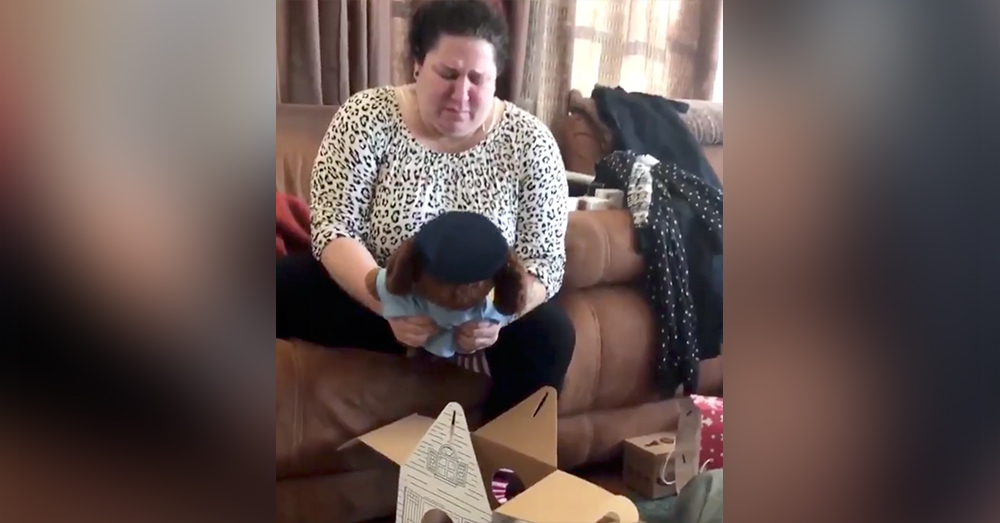 Source: Instagram/barstoolsports
The woman is overcome with emotion when she see’s the uniform.

Judging from the comments on this post, which has been seen more than 2.5 million times, the scene resonates with many others. Nearly everyone who sees this video winds up in tears! 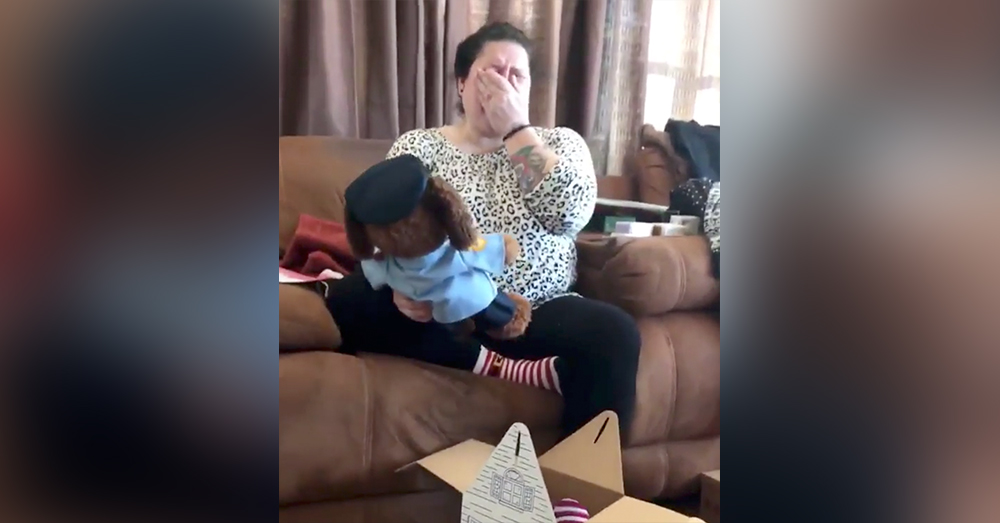 Source: Instagram/barstoolsports
Hearing the bear “talk,” she loses it completely.

Watch the emotional gift exchange below.

Mom gets surprised with a Bear with her late son’s voice built in who was a cop.

85-Year-Old Veteran Starts Crying When He Realizes Who’s At The Door: Click “Next” below!