Pokémon Go, the latest app to take hold of millions of mobile devices worldwide, directs players around the real world as they capture creatures in augmented reality. Although the app has brought many outdoors to explore their communities, it’s led some to forego manners in search of Pokéstops.

The Arlington National Cemetery and United States Holocaust Museum have asked the public to stop playing Pokémon Go while visiting their property, as it’s disrespectful to those honored there. 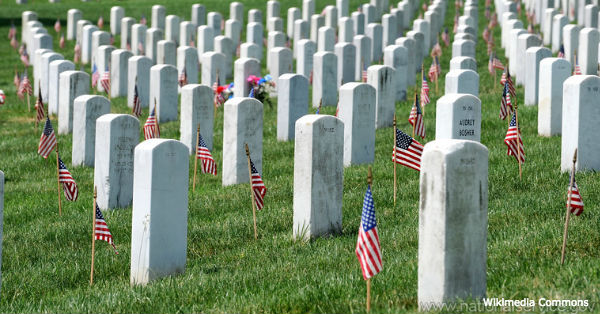 “Technology can be an important learning tool, but this game falls far outside our educational and memorial mission,” Andrew Hollinger, the United States Holocaust Memorial Museum’s communication’s director, told USA TODAY. “Playing Pokémon Go in a memorial dedicated to the victims of Nazism is extremely inappropriate. We are attempting to have the Museum removed from the game.”

We do not consider playing “Pokemon Go” to be appropriate decorum on the grounds of ANC. We ask all visitors to refrain from such activity.

Niantic, creators of the app, have asked that sensitive areas be reported to their website. According to CNN, people have also been asked to refrain from using the app at the Auschwitz museum in Poland, the Los Angeles Museum of the Holocaust, the 9/11 Memorial in New York City, and the Vietnam Veterans Memorial in Washington and monuments in national parks.

More than 400,000 veterans and their families are buried at Arlington, with 3,000 more interned each year. The cemetery has long asked people not to jog, bike, or act disrespectfully on its sacred grounds, and now includes catching Pokémon on the same list.

Pokémon Go was released July 6 and increased the valuation of video game giant Nintendo by $7.5 billion. Apart from luring players to areas where they should probably be paying more attention, the app has also come under fire for requiring a substantial amount of access to player’s Google accounts.

While not nearly as entertaining, the Veterans Health Administration is hoping women veterans will begin using a few apps developed to offer them more access to health care advice and options. Follow this link to read more about what the VHA has for download.