Service in the military can prepare you for a lot in life. For some, the GI Bill has opened doors to educational opportunities that may have previously seemed out of reach. For others, a sense of discipline and honor is the greatest reward.

Spec. Paul Steklenski learned to operate a tank in the army, and went on to find a fruitful career in IT after his discharge. His passion for animals, however, led him down a “higher” path.

For $70,000, and after learning to fly, the New York Post reports that Steklenski was able to purchase a propeller-driven Beechcraft Bonanza. He flies to crowded kill shelters, rescuing the furry residents, and bringing them to safe and loving forever homes.

“When I first started flying there were times when I wanted to quit because I didn’t think I could do it, but I kept going back,” he told the Post. “Once I became certified I thought, ‘What am I going to do now?’ A lot of pilots like to fly to restaurants or nice places and that is great, but for me I had to have a different reason to go in the air.”

The former Army Specialist’s initial approach was to drive to different kill shelters, many far away from his home in Schwenksville, PA, liberating the animals from certain death. Two years after obtaining his pilot’s license, however, Steklenski founded Flying Fur Animal Rescue and has been rounding up rescues by air ever since.

To date, Steklenski has rescued 742 animals from euthanasia at kill shelters.

“Seeing the dogs at the shelter was heartbreaking,” he said. “It was horrible to think that there were so many animals being euthanized because they’re stuck in a certain area.”

Steklenski’s travels have given him insight into pet overpopulation trends, which he says are worse in southern states.

“It is distressing,” he said, although not completely without hope. “I realized I could help make a difference by going down there, picking them up and taking them to other shelters. It’s an extremely emotional job but it’s very rewarding.”

According to the Flying Fur Animal Rescue website, Steklenski is founder, pilot, scheduler, and fur parent, and is also responsible for social media, accounting, and web design for the nonprofit. He lives with his wife Michelle and rescue dogs Tessa and Layla, and makes monthly sojourns to shelters throughout the southeast.

With a modified interior, Steklenski’s Beechcraft fits up to 23 animals at once. Many fall asleep as the plane lifts off, headed toward no-kill shelters in New Jersey and Pennsylvania.

“It’s always very quiet,” he says. “I have never had an issue. I have a feeling they know better things are going to happen for them. It’s extremely emotional, but I will do this for as long as I can afford to.”

Steklenski’s compassionate company is one of many helping hundreds of animals a year. GreaterGood.org also supports a way to fly shelter pets to safety across the country. Click the link below to learn how you can help animals in need! 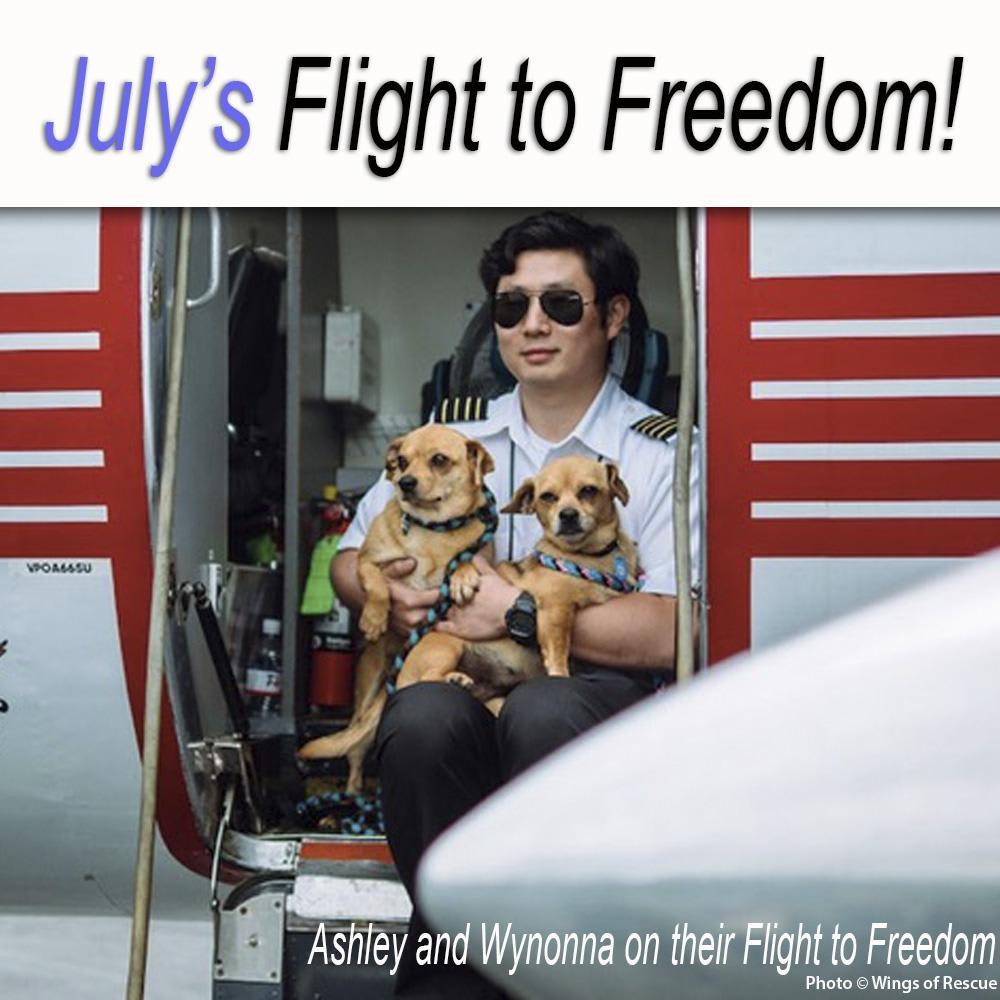 With your help, on July 10th, we flew 150 pets passengers from overcrowded shelters in Lafayette, to Colorado Springs where nearly all have been adopted already! Most of these dogs and cats wouldn’t have survived if they didn’t make the flight.
Just $5 helps cover the fuel costs of flying a pet 125 miles towards safety.
Make a difference!