Separated By 20 Years, These Army Siblings Were Brought Together By A Surprise Attack And Uncommon Valor

This is a very rare story. It is rare that two brothers twenty years apart in age would find themselves serving in the same Army division, but even rarer that both would receive Bronze Stars for separate actions they took part in while serving a tour in Afghanistan at the same time.

I recently came across their story on a website called lohud.com. It was also covered in their local newspaper.

Most Americans are completely unaware of the fact that less than 1 percent of their fellow Americans are serving in the volunteer military at this time. This has been true throughout the post 9/11 wars. That means also that less than 1 percent of American families are involved in the daily sacrifices and service that go along with our wartime military. And the war fighting and the service over the last 16 years has fallen on that 1 percent in more ways than one. 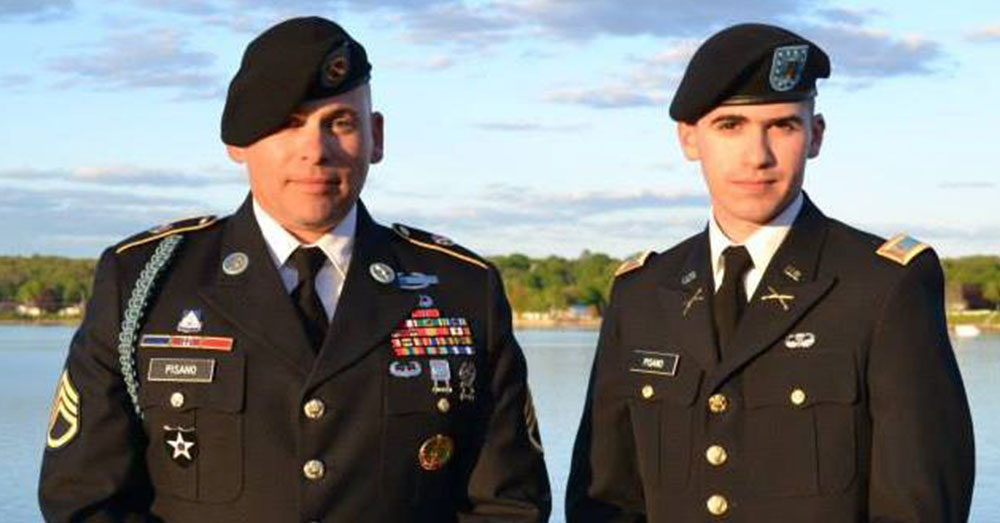 It is not unusual for that less than 1% of American families to have many of their family members, or extended family members, currently serving and taking on the duties of defending the nation.

This is part of the reason for why there is a story like this one about two brothers serving in the same Army Division. And these brothers are no different than any other American, certainly their peers, except that they have answered the call and taken on the responsibilities that come with the job of serving the nation in uniform during a time of war.

The brothers are Staff Sgt. Richard Pisano, Jr., 44, and his younger brother, 1st Lt. Nick Pisano, 24. They are from Larchmont, NY, a suburb in Westchester County, north of New York City. Richard went into the Army in 2005 beginning his service at Fort Drum in upstate New York, near the Canadian border. He had been driving for UPS for several years in his hometown, but felt unfulfilled in the job. He entered the Army thinking that he was just going to take a break from the UPS driving for a couple of years, do a tour in Iraq or Afghanistan, then go back to the old job that he knew. 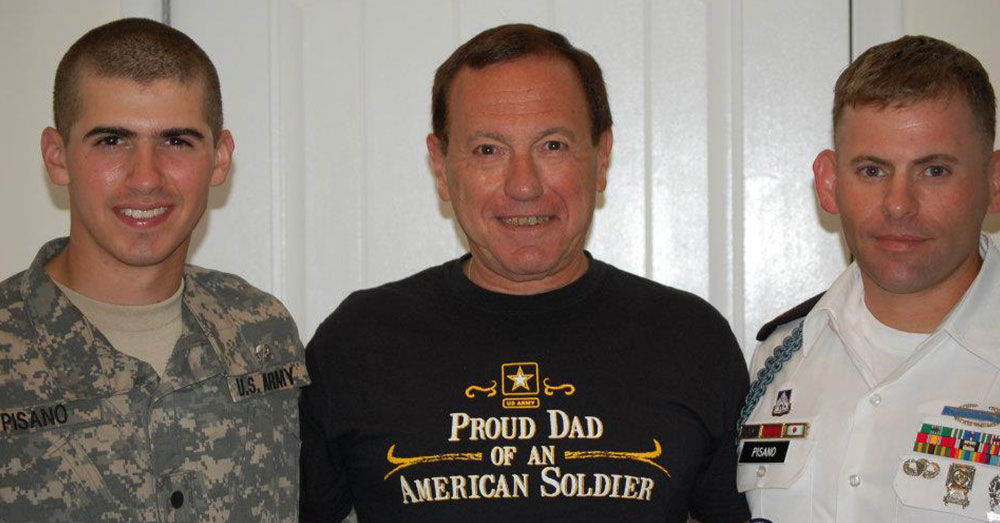 He is now a Staff Sgt., has been in for 12 years and done four deployments. His first was to Baghdad, Iraq in 2005. He was there for a year, came home in 2006, and was deployed again to Iraq. This time to Kirkuk, where he spent 15 months. On his return, he was ordered to Fort Benning, GA, where he would spend two years as a Drill Sgt.

His younger brother, Nick, went to college at Fairfield University in Fairfield, CT, where he joined the ROTC program. During his time in ROTC, he was sent to, of all places, Fort Benning, GA, for Airborne School.

For these brothers, this would just be the first time that they would find themselves serving at the same base and in the same kind of work. It would happen again when both found themselves at Joint Base Lewis-McChord (JBLM) in Washington State, south of Tacoma, WA. Older brother, Richard, was stationed there after his return from his third deployment, his first to Afghanistan. Younger brother, Nick, still in ROTC, was sent to Cadet Command’s Capstone training at JBLM. The brothers were able to spend lots of quality time together while Nick went through that program there.

Richard was next sent back to Army Base Fort Drum in New York at the end of 2013. It would only be a few months later that younger brother, Nick, now graduated from college, would be given his first active duty orders to, you guessed it, Fort Drum, NY. They lived together while stationed there. In 2015 both found themselves deployed to Afghanistan within a couple of months of each other. They were with the 10th Mountain Division and stationed within an hour’s distance of each other while there; Richard as a mortar platoon sgt. and Nick is a mortar platoon leader. 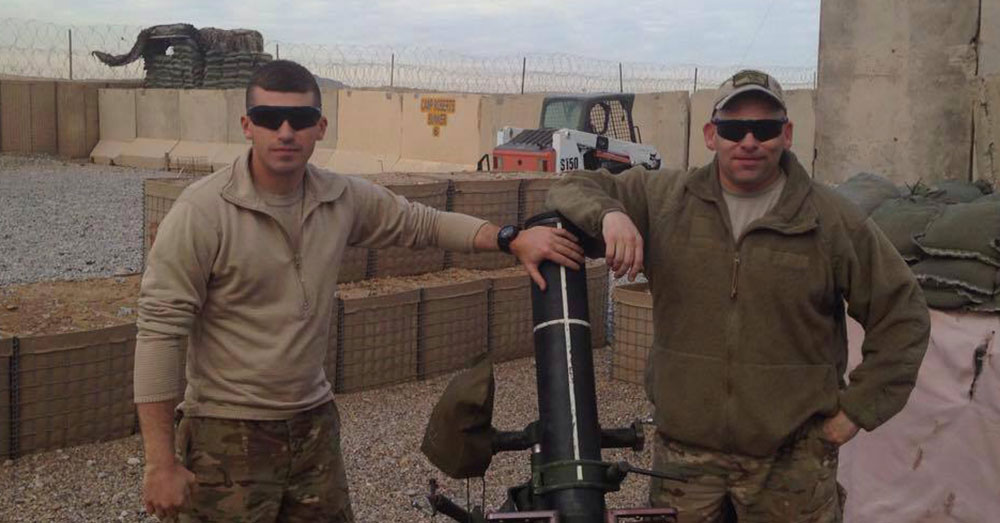 During Christmas of that year, younger brother, 1st Lt. Nick Pisano, was able to go up to Kandahar Airfield where older brother, Staff Sgt, Richard Pisano was based leading a mortar team on the defensive perimeter of the base. They were able to share a meal together and with the mortar team, but shortly after they finished eating their Christmas meal, the base came under enemy fire and they spent the next several hours together in the same mortar pit until the all clear was given.

The Pisano brothers were both awarded Bronze Stars for actions done separately, apart from one another, while they were in Afghanistan on that tour. They received their awards on the same day, March 15, 2016 on their respective bases in Afghanistan. Both brothers are reticent to speak about the events surrounding their individual awards. Both are humble, good men who simply take pride in what they are doing with their fellow soldiers and for the country.

They believe that they were only “doing their jobs.” Well, they did their jobs well enough to be recognized by their superiors and their peers for their selfless valor in the face of the enemy.

The Veterans Site would like to send its respect and it’s thanks to the Pisano brothers, Staff Sgt. Richard, and 1st Lt. Nick, for their love of country and their dedication to service. You are examples for all of us. Good work, good soldiers.