It’s 1944. World War II is still raging in the Pacific, but the Navy pilots stationed on the island of Peleliu were not seeing any action.

The Japanese, less than 10 miles away, were cut off from critical supply lines. Their attacks were withering, so they held their ground with anti-aircraft guns, making no attempt to engage the Allies in dogfights.

According to Air and Space Magazine, squadron commander J. Hunter Reinburg decided his men needed a distraction. At the least, a special treat that could remind them of home. 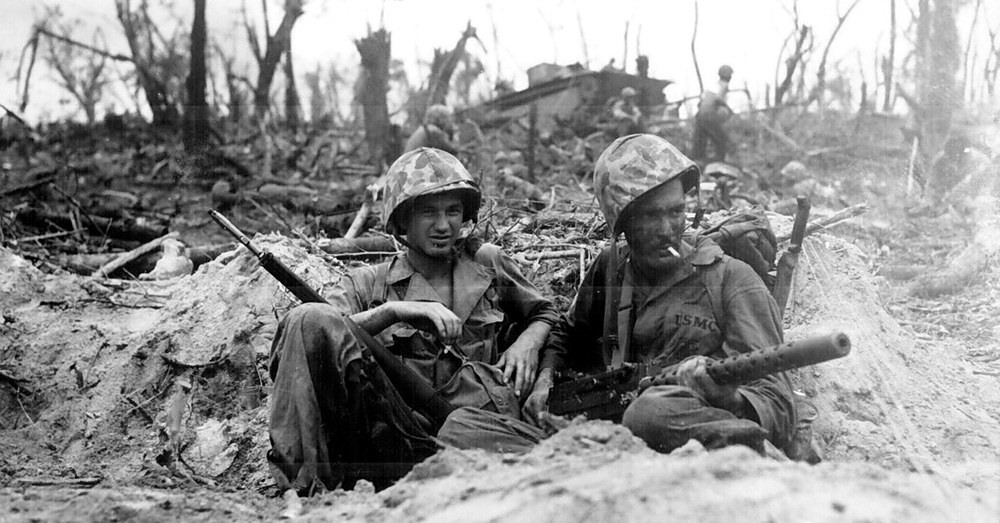 Source: Wikimedia Commons
Marines encamped on the island of Peleliu.

He asked his maintenance crew to modify a belly-mounted drop-tank, the kind of equipment that hangs on the underside of an aircraft in flight. A can for .50-caliber bullets was suspended inside. Care of the mess sergeant, it was filled with canned milk and cocoa powder. 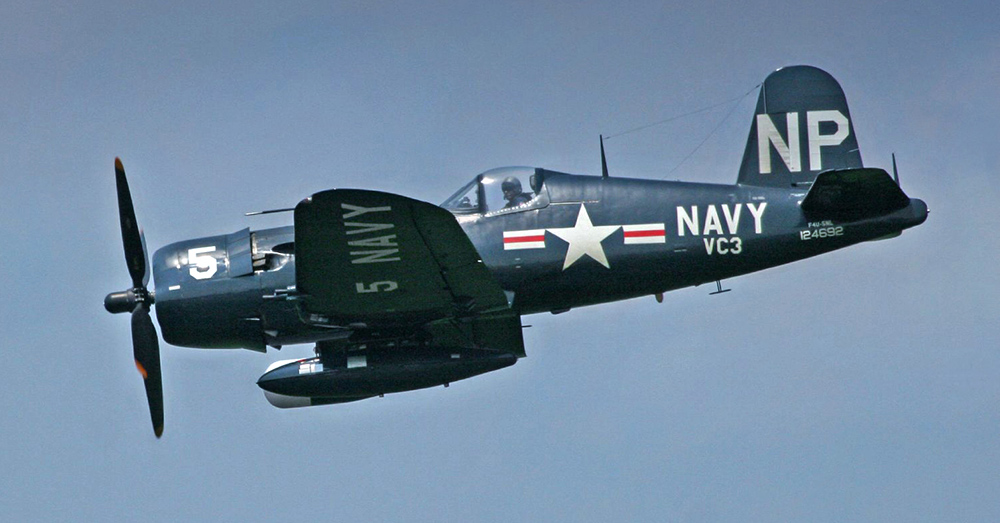 Reinburg thought that by taking the cargo up several thousand feet where temperatures were below freezing, he’d get the job done.

A cream and cocoa laden Corsair jet circled Palau at 33,000 feet, far out of range of the Japanese anti-aircraft guns. Reinburg taunted the gunners for 35 minutes before landing to try out the first batch.

It was disappointing. The flavors were there, but perhaps owing to heat from the engine, the consistency wasn’t. 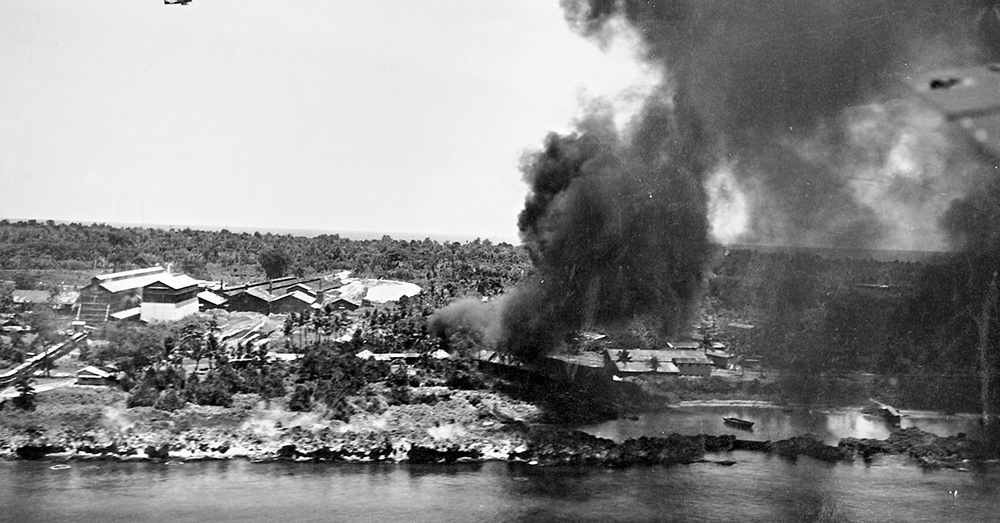 Source: Wikimedia Commons
Battle for the island of Peleliu was fierce, until it was taken over by the U.S.

On Reinburg’s next trip up, the cans were moved further away from the engine, and on a third, outfitted with bespoke agitators that spun as the jet flew through the sky.

With 10 gallons of delicious and creamy chocolate ice cream, Reinburg was able to keep his men happy.

At least for a few weeks. 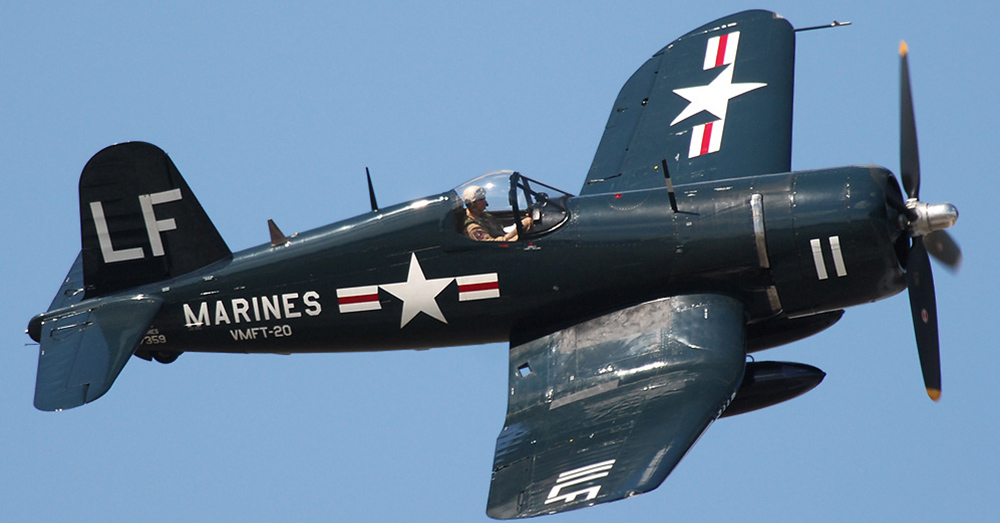 It wasn’t until Reinburg’s boss caught one that the ice cream runs of Operation Freeze slowed down.

“Listen, goddammit, you guys aren’t fooling me,” group operations officer Colonel Caleb Bailey told a VMF-122 officer. “I’ve got spies. You tell [Reinburg] I’m coming over there tomorrow and get my ration.” 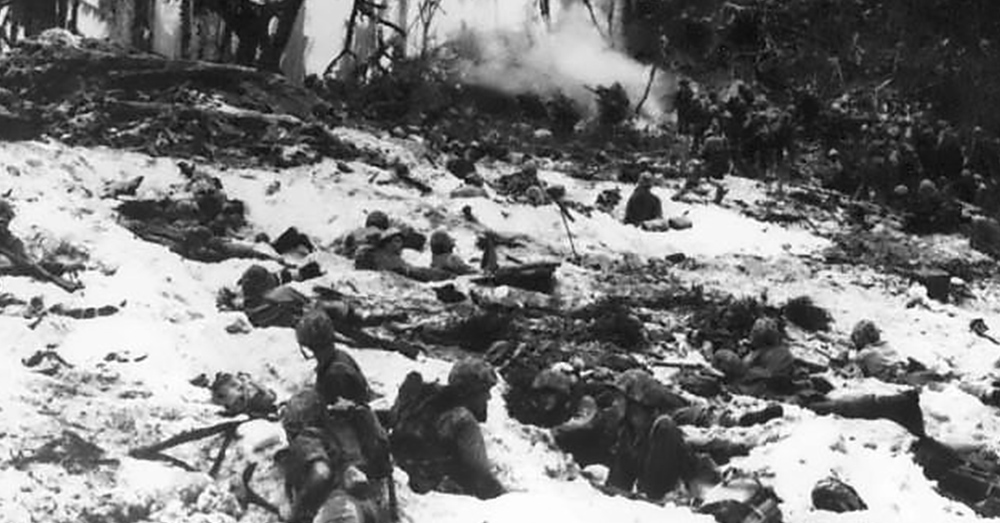 A year later, the Atlantic reports, the U.S. Navy turned a concrete barge into a maritime ice-cream factory, delivering dessert to ships around the Pacific. The U.S. Army followed suit, and built ice cream factories on occupied islands. They even delivered it to soldiers waiting in foxholes.

Veteran Warns, Not All Shelter Animals Are Cut Out For Service: Click “Next” below!