74 Years Later, The Battle For This Tiny Island Remains One Of The Costliest On Record

By September of 1944, the war in the Pacific was well underway. The Japanese had control over hundreds of islands in the western Pacific that needed to be liberated and taken one by one. Each island landing and battle proved to be challenging and costly. One of those islands was called Peleliu.

This year will be the 74th anniversary of that bloody contest.

The original plan was to take the island because it had an airbase from which Japanese fighters and bombers were able to carry out missions against the Allies throughout the area. The planners thought that the island could be taken in about four days. But, like all military planning, that idea went out the window almost as soon as the first Marine units landed on the beaches. 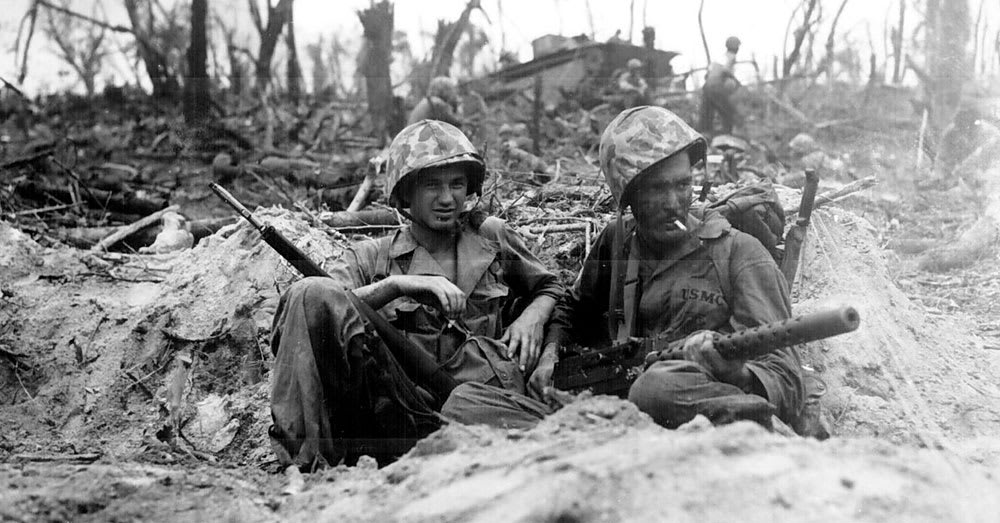 The invasion of the island was undertaken by elements of the 1st Marine Regiment and part of the 3rd Amphibious Corps. It was decided that the landing would take place on the southwest coast of Peleliu because those beaches were closest to the airstrip. Leading the 1st Mar Regiment in the invasion was Lewis B. “Chesty” Puller, one of the most beloved Marines in Marine Corps history.

To this day, before they go to sleep, Marines say, “Good night, Chesty, wherever you are”, in honor of this Marine’s Marine.

On one occasion during this battle, Chesty Puller was in a vehicle that took a direct hit from a mortar, but the round did not explode. Ol’ Chesty seemed to have the ability to walk through hell without getting burned. The naval fleet under the command of Admiral Oldendorf, remained in support around the island throughout the invasion. 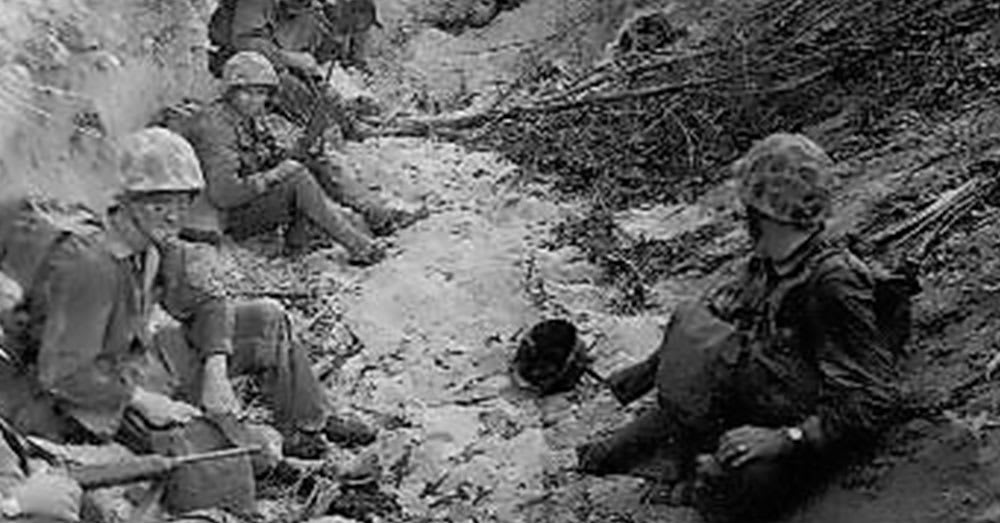 The Japanese had a garrison of some 10,900 soldiers, pilots and guard units. When the first Marine units went ashore they encountered little resistance, but as they attempted to move inland they were met with strong, fierce resistance by the Japanese forces.

By the end of the first day, the beachhead was no wider than a few hundred yards wide. As in other islands, the Japanese had created cave systems all over the island. The Marines had to battle their way through heavy jungle and mountainous terrain, inch by costly inch, in their effort to root out the Japanese defenders. 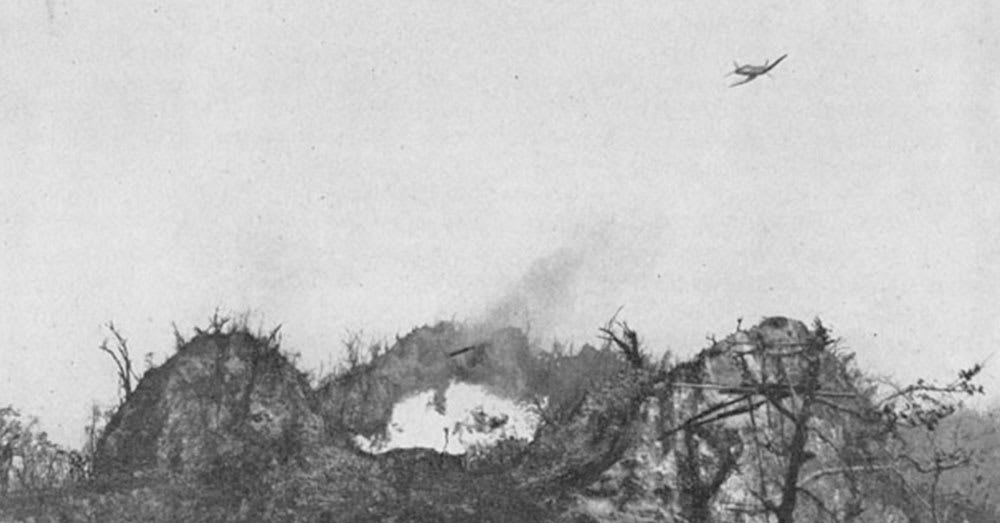 Marines have always been famous for their gallows humor on the battlefield. They would name the terrain and scenes of battles as they went, in accordance with the experiences they had in taking those places. On Peleliu they came up with names like: Horseshoe Hill, Prostitute Ridge, and Bloody Nose Ridge. You might get a sense of the shape of the terrain, or of some “lucky” happening in one, but in the others, you get a sense of how difficult the fight must have been in those areas.

Because the Marines were able to take the airbase, the 2nd Marine Aircraft Wing was able to use the airstrip and to carry out constant missions in support of their Marine brothers on the ground. In typical fashion, the Marines had to be creative and flexible and to adjust their tactics as they went. For example, their artillerymen found ways to point their big guns directly down hill in one case, in order to fire directly into caves below them. 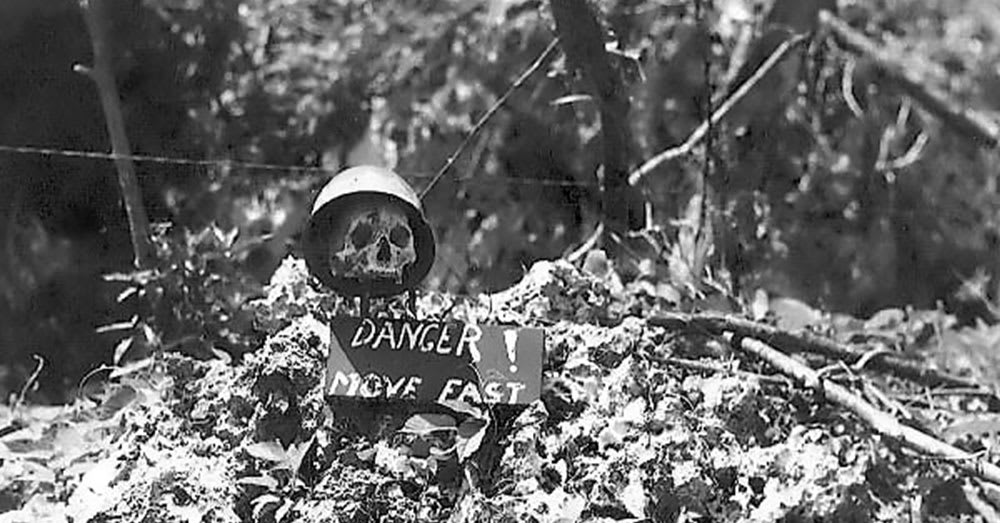 And it was a very costly victory. 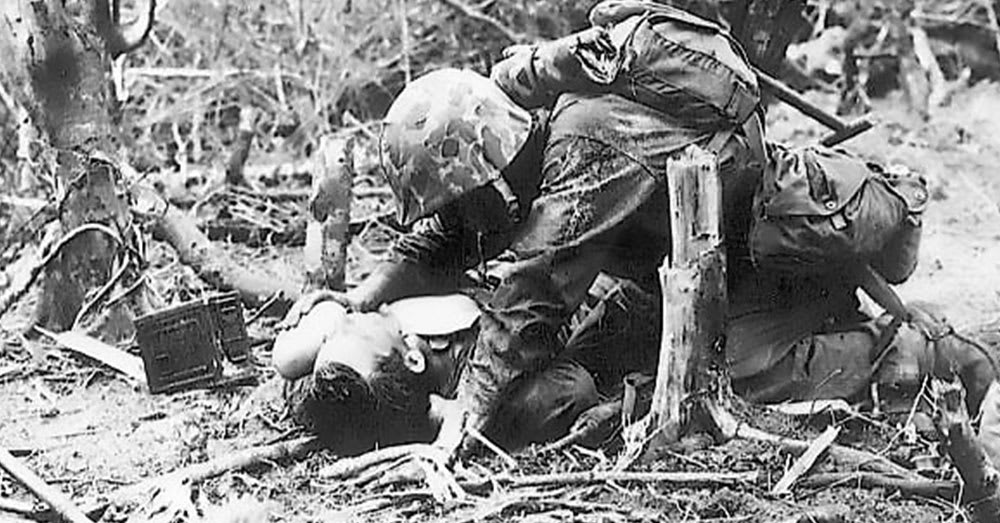 Source: Wikimedia Commons
A wounded Marine receives a drink from a Navy corpsman.

The Marines at Peleliu would suffer the highest percentage of casualties of any battle in the Pacific Theater. They would suffer 2,336 killed in action, 8,450 wounded in action. But it was far more costly to the Japanese. Of the 10,900 Japanese defenders 10,695 would be killed in action. 202 prisoners were taken of whom 183 were foreign workers and only 19 Japanese soldiers.

To illustrate the fierceness and the intensity of the battle for Peleliu, there were 8 Medals of Honor given to Marines at this battle. They are as follows: 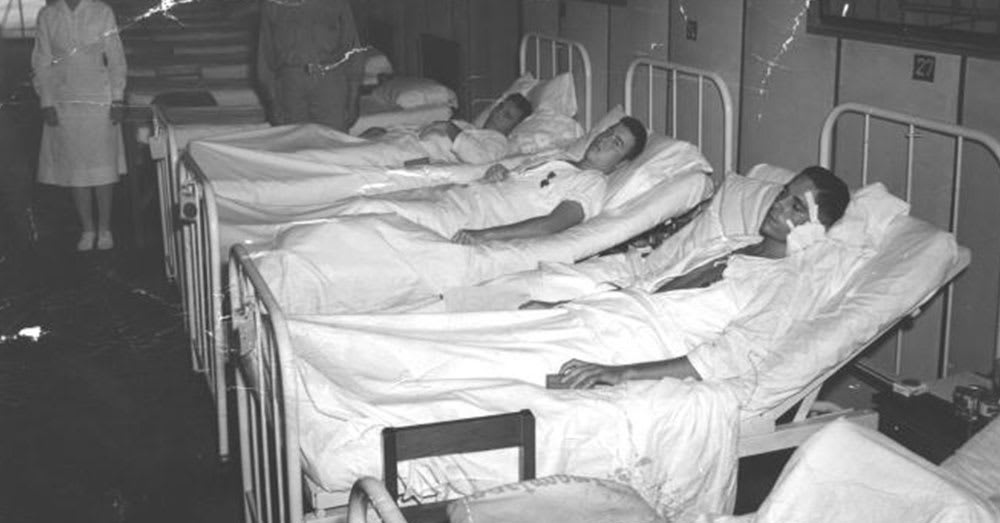 Source: Wikimedia Commons
Marines in a hospital on Guadalcanal after being wounded in the Battle of Peleliu.

The 1st Marine Division, including all of the above mentioned units, received a Presidential Unit Citation for their actions at Peleliu.

The Veterans Site wishes to express its great gratitude and respect for the Marines of the 1st Marine Division who fought on the island of Peleliu in the fall of 1944. We honor those who gave their all and promise never to forget their great sacrifice in that titanic struggle against Japanese Imperialism.

To those few who remain with us today, we cannot thank you enough. We will never forget.