We are only a couple of weeks away from the 78th anniversary of the attack at Pearl Harbor on Dec. 7, 1941. Much has been written and memorialized about that day. It truly was a day of infamy. But there is a part of the sacrifices and losses of that day that is relatively unknown to the general public, though the information has always been available.

This story is unique to the USS Arizona that is now the iconic memorial at Pearl Harbor to those lost on that day.

When the USS Arizona was struck and sent to the bottom of the harbor that day, there were 1,514 men on her rosters. What is relatively unknown is that among those 1,500 plus men there were 38 sets of brothers, including one set of twins. 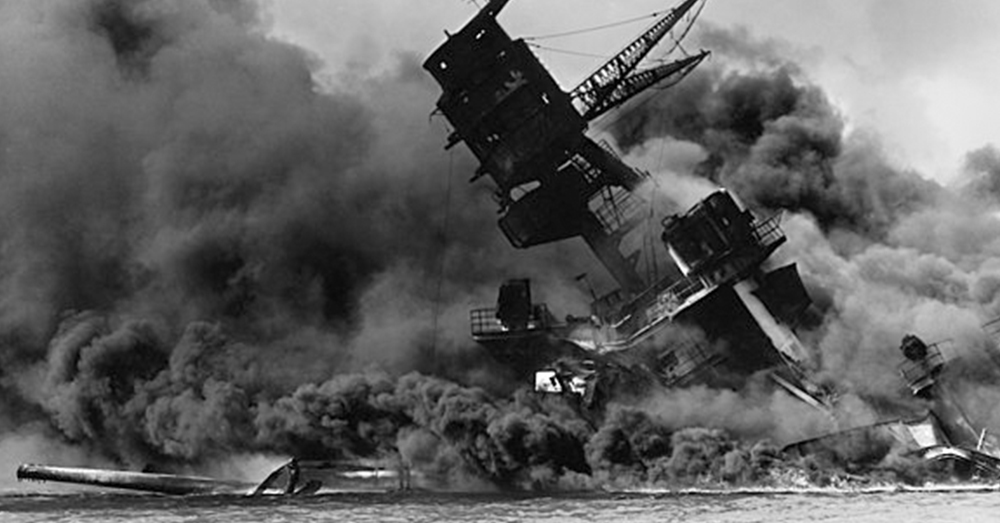 These brothers wanted to be together. We can understand that desire. The bond that brothers often share is both a strength and a comfort, especially in situations of potential danger. Their families back home often felt that it would be good for their sons to be together as well, but worried too about the unimaginable, potential consequences of their being together if disaster struck. Being crew members on a warship is inherently dangerous at any time, but especially in the kind of battle conditions that would be seen in WWII.

Before the attack on Pearl Harbor, there were concerns that a second theater of war in the Pacific might be possible, but the reality of it on Dec. 7, 1941 was both a surprise and a disaster for the Pacific Fleet’s battleship forces. 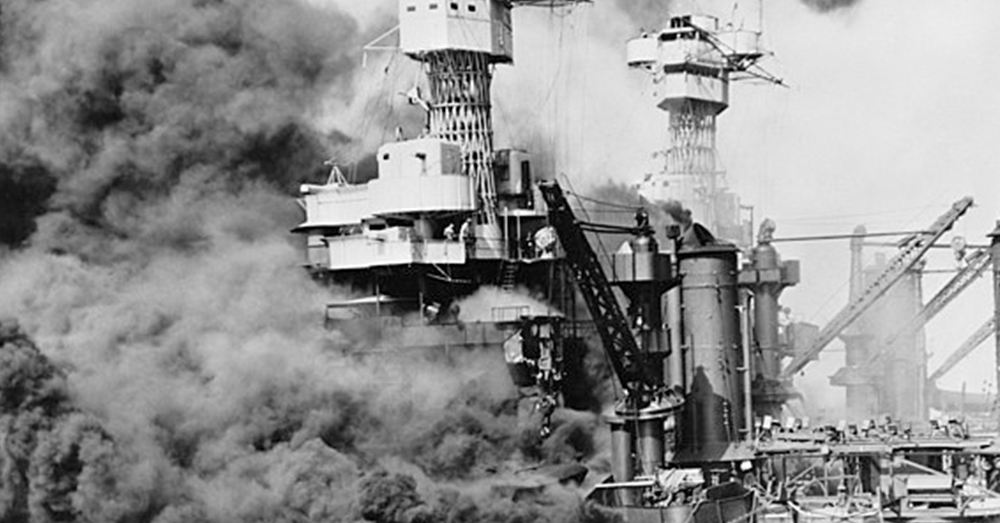 Source: Wikimedia Commons
West Virginia was sunk by six torpedoes and two bombs during the attack.

When the attack began, those 38 sets of brothers on the USS Arizona found themselves in one of the worst possible places to be on that day. At the end of that day, with many of the big battleships burning, severely damaged or sunk, the casualty tolls mounted very quickly.

For the Pacific Fleet and for the United States of America, that day marked the beginning of the long, hard and costly war with the Empire of Japan. For the families of those who were killed on that day the trauma of that surprise attack was unimaginable. Of the 38 sets of brothers on the USS Arizona, 23 sets of brothers were lost that day. There was also a father and son serving aboard her that day, both of whom were killed in action.

Of the 79 individual brothers aboard the Arizona that day, 63 died as a result of the attack. Of the 63 who died, only 4 were recovered and identified, the rest remain unaccounted for, and are listed as Missing In Action (MIA). The 4 who were identified immediately after the battle were: George Bromley, Donald and Joseph Lakin, and Gordon Shive. 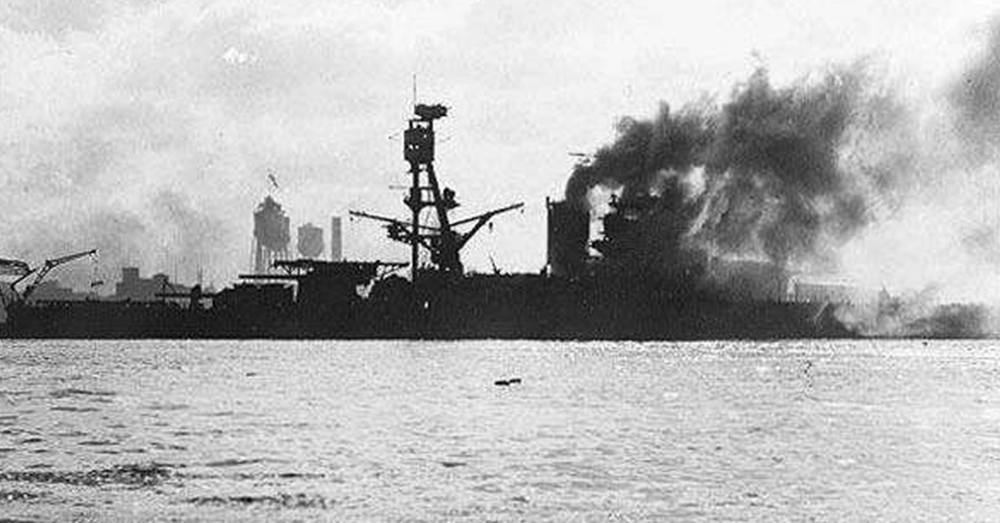 Source: Wikimedia Commons
Nevada, on fire and down at the bow, attempting to leave the harbor before being deliberately beached

Unbelievably, there were three sets of three brothers aboard her that day: the Beckers, the Dohertys, and the Murdocks. In a strange twist of irony, one brother from each set of three survived the attack.

The only set of brothers listed on the USS Arizona crew to survive the attack that day were the Warriner brothers. Kenneth, by grace or by luck was in San Diego, CA, at the Fleet Signal Training School at the time of the attack. Brother Russell, who was on board the ship that day, was wounded and badly burned, but survived.

The father and son pair who were killed that day were Thomas Augusta Free and his son, William Thomas Free, both from Texas. 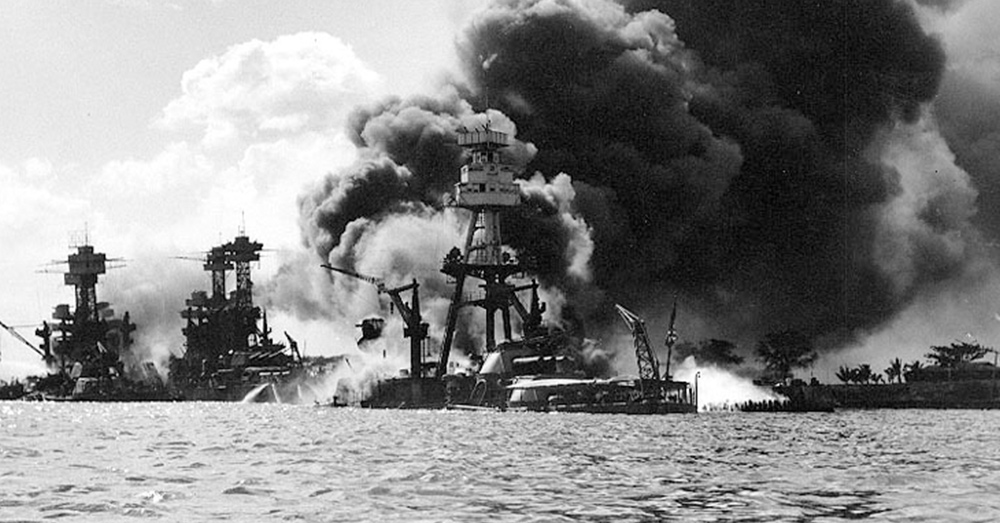 It is one thing to be confronted with a national disaster like that, but to see the terrible cost to families that was paid that day and in so many other days and places in Europe and in the Pacific, brings the horror and the loss of war very close to home. To lose a son or daughter, a brother or sister, is one of the most painful of realities one can experience in this life. Pearl Harbor took place 78 years ago this year, and the wars that followed have brought the true cost of freedom close to home for all of us.

For most, the casualties of war are often statistics heard on the news, or read about in history books. Those who do not know the cost personally can feel true empathy for those who have died, but there is the grace of abstract distance in that empathy.

Our Gold Star families live the reality of that cost every day. 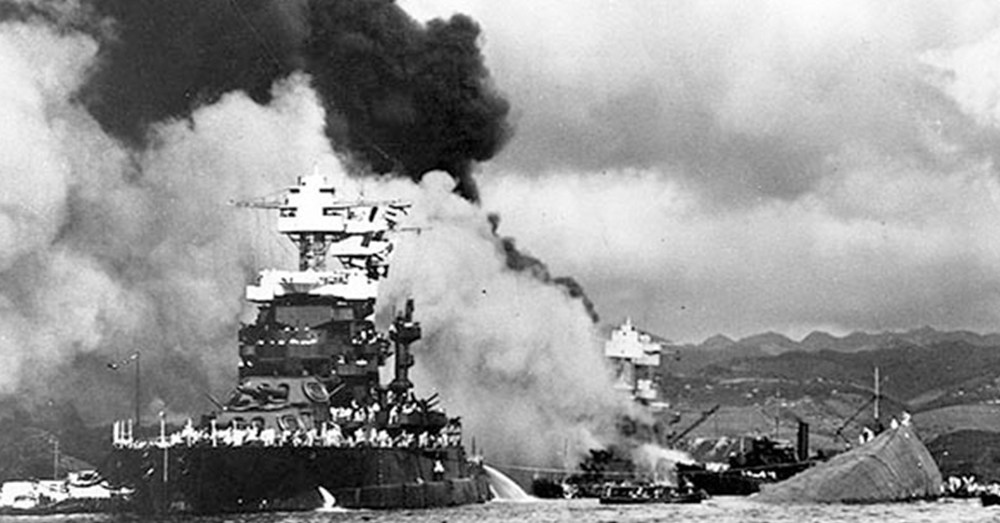 The hole made by such losses in the family fabric remains and, though time can heal some of the wounds of those losses, that hole is never fully mended. We must never forget the sacrifices made by those who have fallen. We can honor them by remembering their courage and ultimate sacrifices. But, even more so, we must never forget our Gold Star families who must live with that loss, who continue to pay the price for the rest of their lives. 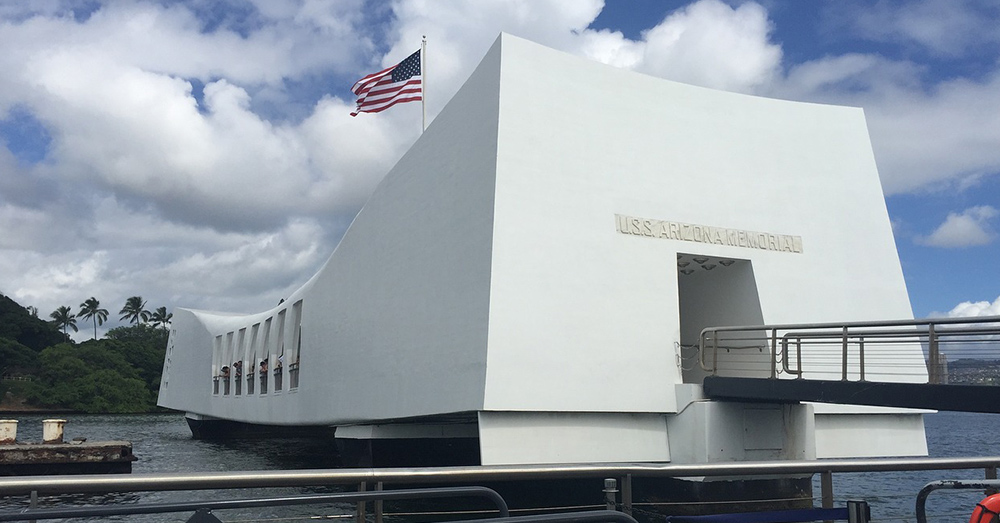 The Veterans Site honors its duty to remember all who have given their last full measure in defense of this country and the freedoms it offers to all citizens. We remember especially today the 23 sets of brothers and the father and son pair who died on the USS Arizona on December 7,1941. We ask all of you to remember and care for the Gold Star families that live among us as well. This is our duty to them. Let us never forget.