Federal prosecutors have charged Coast Guard lieutenant Christopher Paul Hasson, 49, with stockpiling weapons and drugs, and planning to “murder innocent civilians on a scale rarely seen in this country.”

Court documents filed in the U.S. District Court in Maryland on Tuesday, Feb. 18, reveal that Hasson, who calls himself a white nationalist, has been building an armory of weapons in his Silver Spring, Md., home since 2017.

The documents label Hasson a “domestic terrorist bent on committing acts dangerous to human life that are intended to affect government conduct.” 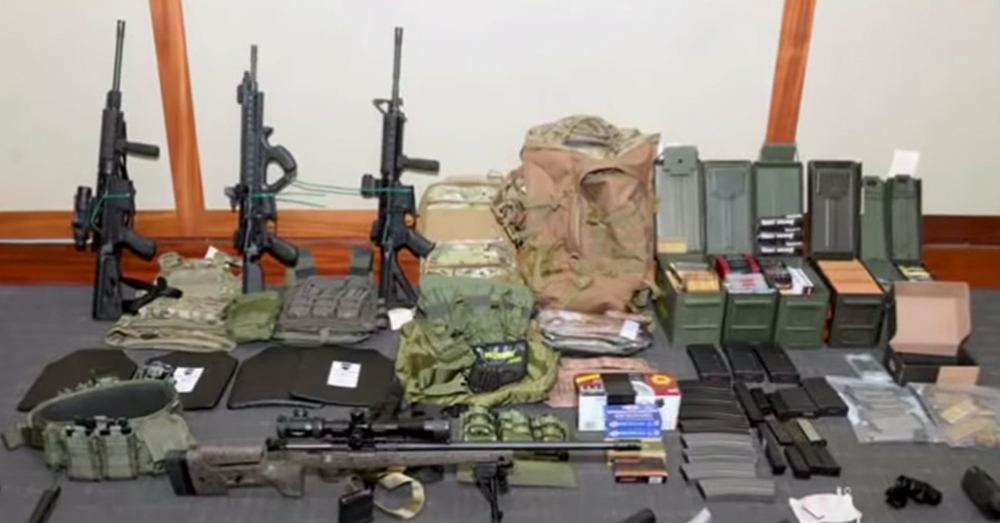 “An active duty Coast Guard member, stationed at Coast Guard Headquarters in Washington, DC, was arrested last week on illegal weapons and drug charges as a result of an ongoing investigation led by the Coast Guard Investigative Service, in cooperation with the FBI and Department of Justice,” Coast Guard spokesman Barry Lane told NPR in an emailed statement.

As NPR reports. Hasson started an email on June 2, 2017, which he never sent, that contained the sentence, “I am dreaming of a way to kill every last person on earth.” 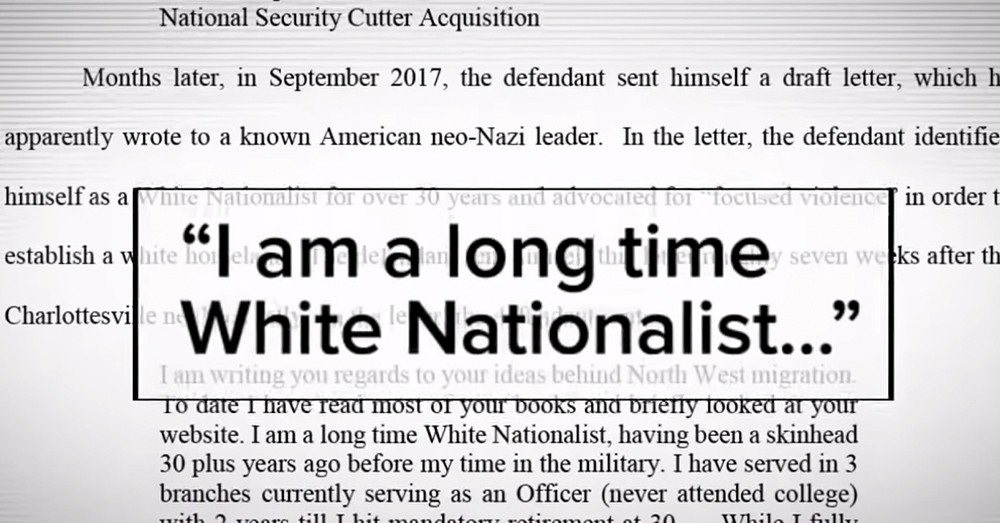 Source: YouTube/ABC News
Emails and notes written by Hasson indicate he is a self-described white nationalist.

In the email draft, Hasson indicated he was considering mounting a biological attack on the public, as well as poisoning major food sources, in order to “cause complete destruction.”

“Much blood will have to be spilled to get whitey off the couch,” Hasson wrote. “They will die as will the traitors who actively work toward our demise.”
Hasson also included a list of personal priorities, including: 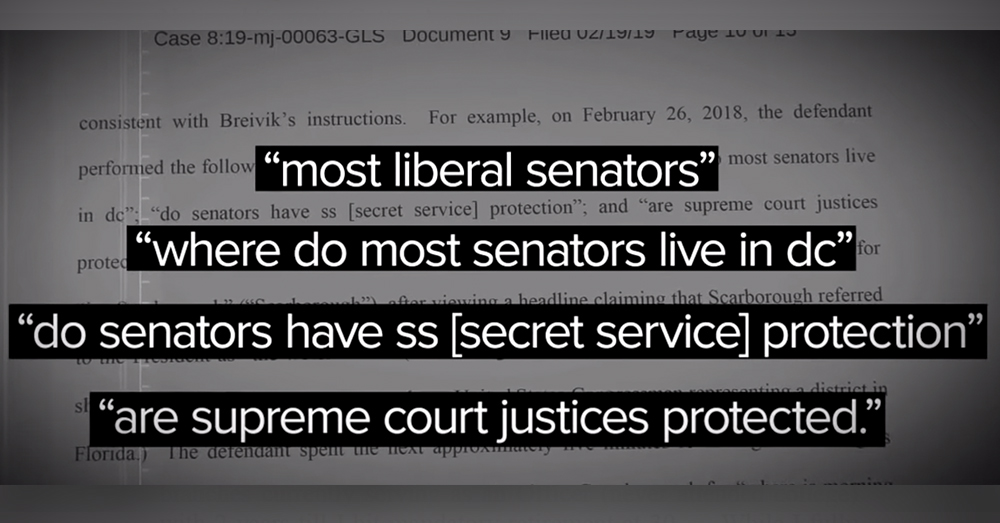 Source: YouTube/ABC News
Hasson used the internet to search for ways to plan his attacks.

Hasson also wrote that he wanted to “clear my head,” a reference to curbing his intake of Tramadol, a narcotic painkiller. Investigators discovered that Hasson had ordered more than 4,200 Tramadol 100 mg pills since 2016, and found at least 100 of the pills at his home, along with bottles of “human growth hormone.”

The initial charges against Hasson for illegal possession of a firearm and possession of a controlled substance were put on hold Tuesday as federal prosecutors began to understand more about his intentions.

“The sheer number and force of the weapons that were recovered from Mr. Hasson’s residence in this case, coupled with the disturbing nature of his writings, appear to reflect a very significant threat to the safety of our community, particularly given the position of trust that Mr. Hasson held with the United States government,” Robert K. Hur, the United States attorney for the District of Maryland, said in Hasson’s hearing. 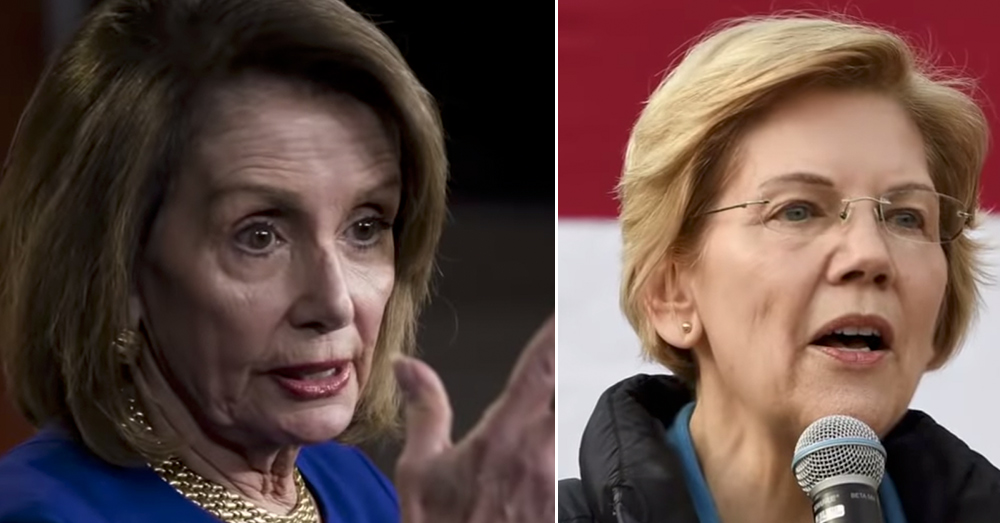 Source: YouTube/ABC News
The names of a number of politicians and media personalities were found on a spreadsheet on Hasson’s computer.

Investigators found more than a dozen weapons and at least 1,000 rounds of ammunition in his basement, as well as a list of possible targets on his computer. According to NPR, the list includes “Democratic politicians, activists, political organizations and media personalities.”

Hasson served in the U.S. Marine Corps from 1988 to 1993, followed by a two-year stint in the Army National Guard. He was an active duty member of the Coast Guard when he was arrested, and has been working at the U.S. Coast Guard headquarters in Washington, D.C., since 2016.

According to the New York Times, Hasson’s actions may have been motivated by the work of white supremacist and neo-Nazi websites, which he was known to visit, as well as the writings of Anders Behring Breivik, a far-right Norwegian extremist who killed 77 people in 2011, detonating a van bomb in Regjeringskvartalet, Oslo, killing 8, then killing 69 more at a Workers’ Youth League summer camp on the island of Utøya.

Statue Of Iconic Kiss Spray Painted With ‘#MeToo’ Day After Kissing Sailor Dies: Click “Next” below!