United States Marine Corps Staff Sergeant Jonathan Turner served honorably for 17 years. During that time, he completed seven tours of duty to Iraq and Afghanistan. At 41 years of age, this brave Marine retired from the military and settled in California.

That’s when things went from bad to worse. Turner’s remains were cremated, but his mother, Annie Glanton, couldn’t afford the trip to California from their hometown of College Park, Georgia, to retrieve his ashes in person. Without any fanfare or ceremony, this Marine who served his country for so long would instead make his final trip home in a FedEx box.

That didn’t sit well with a lot of people. Especially the Patriot Guard Riders organization in California.

The group quickly went to work making contact with Patriot Guard leaders in multiple states to give the fallen Marine the respect he deserved. 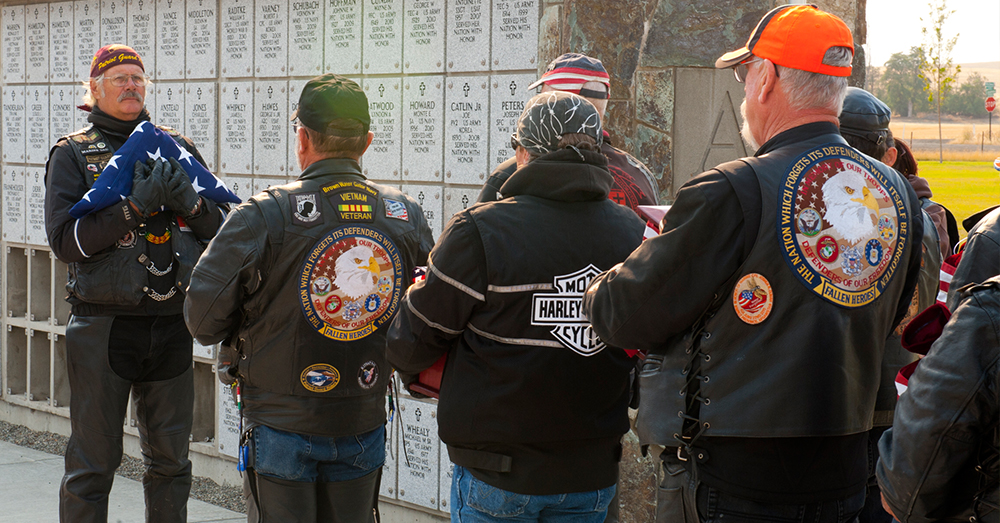 Photo: U.S. Air Force/Staff Sgt. Michael Means — Members of the Patriot Guard Riders escort the unclaimed remains of 20 veterans and one spouse to their final resting place in 2012.

Patriot Guard Riders — volunteers from the non-profit organization that supports veterans, service members, and their families — connected from state to state to personally escort Turner’s remains to his family. The bikers carried Turner’s ashes themselves, passing them off from one group to the next all the way from California to Georgia. Not only did the Patriot Guard Riders take SSG Turner’s remains home to his family, they also honored him every step of the trip with a ceremony each time they were transferred to a new group of bikers.

In the video below, watch as the Patriot Guard Riders transfer SSG Turner’s ashes from one group of riders to the next.

“It’s heartwarming, to see all these people here,” Annie Glanton, Turner’s mother, said when the Patriot Guard Riders brought SSG Jonathan Turner home. “I know that he was loved by a lot of people.”

The final trip home for Marine Staff Sgt. Jonathan Turner was conducted by hundreds of volunteer bikers and spanned more than 2,000 miles.

The Patriot Guard Riders is a national non-profit organization “which ensures dignity and respect at memorial services honoring Fallen Military Heroes, First Responders, and honorably discharged Veterans.” The group primarily does this by blocking protesters at military and veterans’ funerals, as well as welcoming soldiers home from deployment and conducting honor rides for veterans.

Learn more about the Patriot Guard Riders in the video below!