Little has been said about the Passamaquoddy Tribesmen who fought in the 103rd Infantry Regiment in the first World War, but they’ll never be forgotten.

This handful of young men from Pleasant Point and Indian Township in Washington County, Maine, not even considered American citizens at the time, volunteered to go overseas and fight the Imperial German Army. Three would die there before Armistice Day in 1918, one would lose a leg, and all would serve proudly. But the United States government would make no mention of them for 99 years.

Charles Lola was killed first. He was 22 years old, and would be posthumously awarded the Croix de Guerre by the French government for demonstrating valor, a trait that many of the men in the 103rd shared.

According to the Soldiers’ Mail blog, “The 103rd Infantry never lost a prisoner while holding a defensive sector, and also was the only New England organization with full-blooded Indians in its ranks: A squad of men from the Passamaquoddy tribe of Pleasant Point Village in Maine, every one of whom proved to be a true warrior either killed or wounded in action.”

Moses Neptune, son of Passamaquoddy Tribal governor William Neptune, was killed in 1918 just before the war’s end. On May 10, 1918, a letter was written to William Neptune from the chaplain of Moses’ Company.

“Dear Governor Neptune: Your son gave his young life for freedom on the day the Armistice was signed. He was in the last great drive, at the so-called second battle of Verdun. Tenderly we carried the bodies to a beautiful spot on the hillside and laid your boy with ten of his companions to rest. The entire battalion gathered around them. The American flag was spread over them, while touchingly and fitting the band played ‘Nearer, my god to thee,'” the chaplain wrote. “After the Christian service, the army guns salute was fired and the bugler blew Taps, the call in the army which summons soldiers to rest. Just as the service was finished we noticed 3 German officers coming, flying the white flag of surrender. It was a most fitting close; the very thing for which your son and his comrades had given their lives had come to pass. I am sure that from Heaven they looked and saw that they had not lived in vain. We marked their graves with crosses, and the cemetery with a large white cross that could be easily seen from a distance, and sent the exact location to Washington.”

Samuel J. Dana lost his leg in the war, but came home alive and later served as the tribe’s representative to the Maine Legislature. He was joined in returning stateside by George Stevens Sr., Henry Sockbeson, and David Sopiel.

That was nearly a century ago. Then, on Sunday, July 24, more than 300 gathered at the Passamaquoddy tribal community center to celebrate with traditional song and dance as state officials awarded military service medals, pins, and American flags to the families of each soldier. Written commendations and decorated eagle feathers from the tribe were also presented to the families in the emotional ceremony.

“Obviously their tears were happy tears, but there was also pain in that because it took so long for this to happen,” said Indian Township Passamaquoddy chief William J. Nicholas Sr. “Our veterans went and served in the war, and we couldn’t vote. [Passamaquoddys] weren’t recognized really as citizens of the United States, but yet we carried that and we fought for the country and fought for the people and fought for their rights.”

That fight was no easy one, either. Research for a documentary on the Passaquoddy soldiers by the Smithsonian Institute, along with the findings of Donald Soctomah, the tribe’s historian, have shed more light on the deeds of these brave men.

“They were under fire for almost 200 days in 1918,” said First Lt. Jonathan Bratten, command historian for the Maine National Guard. “That’s artillery, that’s gas. They were being gassed constantly. Now it’s time for the rest of us to remember and the state of Maine to remember, and the whole country.” 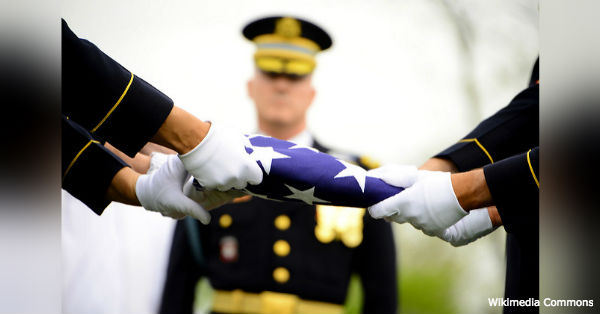 Now that the Passamaquoddy soldiers have finally gotten the recognition they deserve, follow this link to find a much-deserved tribute to a few of our Native American military heroes. They represent a great tradition and the true meaning of the word “hero.”