The bodies of U.S. Army Spec. Christopher M. Harris and Sgt. Jonathon M. Hunter returned to the United States last week after they were killed in action in Afghanistan. The two soldiers, ages 25 and 23, were Fort Bragg based paratroopers with the 82nd Airborne Division. Both men were on their first deployment overseas.

Assigned to the 1st Brigade Combat Team, they deployed as part of the Resolute Support Mission to train, advise, and assist Afghan forces in Kandahar. While in a NATO convoy, a suicide bomber detonated an IED. Both Harris and Hunter died “as a result of injuries sustained when a vehicle-borne improved explosive device detonated near their convoy,” according to the Department of Defense. Four other soldiers were injured in the explosion.

“On behalf of the men and women of the Resolute Support Mission, I offer our deepest condolences to the families of our fallen comrades,” said Gen. John Nicholson, the top U.S. military officer in Afghanistan and a former commanding general of the 82nd Airborne Division. “These soldiers gave their lives in service of a mission that is critically important to the United States, our allies and partners. We will honor their sacrifice with our dedication to protect our homeland and complete the mission for which they sacrificed.” 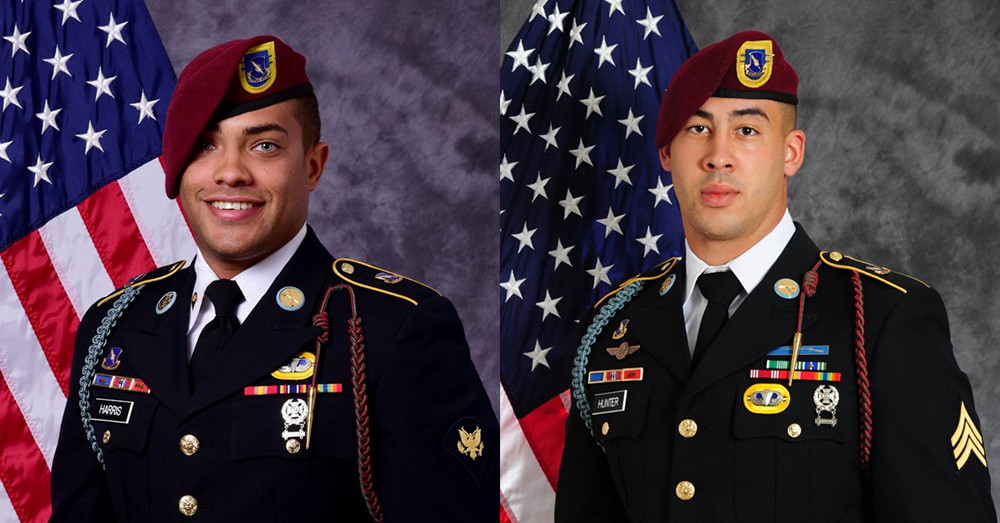 Both soldiers were serving on their first tour of duty when they were killed, with Hunter only 32 days into his deployment. Harris and Hunter were both married, as well, leaving behind grieving families and friends. “Jonathon not only was loved by his immediately family but by his extended family and community,” said Sgt. Hunter’s father, Mark Hunter in a statement for the family. “Our hearts are aching for Jonathon as well as for his brother in arms who died with him and those who were injured. Our thoughts and prayers are with them all during this hour of grief.”

“Jonathon loved his unit and serving his country and was excited about the opportunity to go to Afghanistan to do his part in fighting injustice,” his father added. “Despite our pain, we could not be prouder of him!”

For Harris’ family, the tragic news comes at an even more heartbreaking time. “We had recently discovered I am in the very early weeks of pregnancy,” said Britt Harris, Chris’ wife, on Facebook. “Right now that is my main concern and I want to try and make sure everything continues to be healthy considering these crushing circumstances.”

Crowdfunding pages have been created for both men’s wives and families. 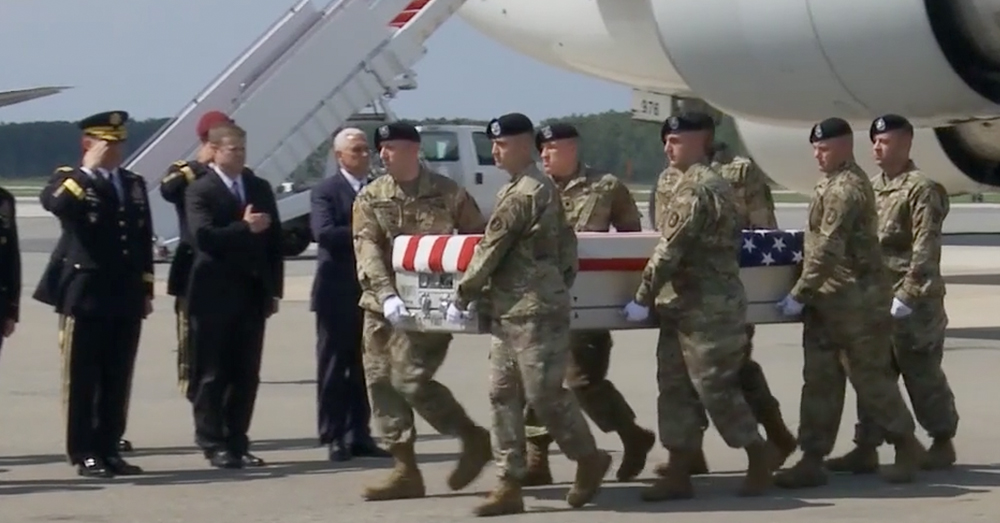 “The entire Devil Brigade is deeply saddened by the loss of two beloved team members,” said Col. Toby Magsig, commander of 1st Brigade Combat Team, the “Devil” Brigade. “Spc. Christopher Harris was an extraordinary young man and a phenomenal Paratrooper. He regularly displayed the type of courage, discipline, and empathy that the Nation expects from its warriors. Sgt. Jonathon Hunter was the leader we all want to work for — strong, decisive, compassionate, and courageous. He was revered by his Paratroopers and respected throughout his unit.”

“Chris and Jon lived and died as warriors,” Col. Magsig continued. “They will always be a part of the legacy of the Devil Brigade and their memory lives on in the hearts and minds of their fellow Paratroopers. Our thoughts and prayers are centered on the families and loved ones of these two great Americans.”

Watch as the two soldiers receive a dignified transfer in the somber video below.