There is no single way to help us come back to ourselves, or to society, when we come back ‘home’ from war. Often we don’t know what’s wrong, so it is difficult to come up with meaningful solutions on our own, and we need others to give us some guidance, at least for a little while, until we find our own feet once again.   All of us who have gone to war came home with some level of PTSD. We often feel lost.

Sometimes we don’t feel at home in our hometowns, our neighborhoods, even in our families. This is just the way it is, until we start writing our own maps and stories again. Some of us need help because ‘the world’ has become a labyrinth of confusing signals. We need to learn how to ‘read the maps’ of civil society again. But this is only one of the ways that combat veterans find their way ‘back home.’ 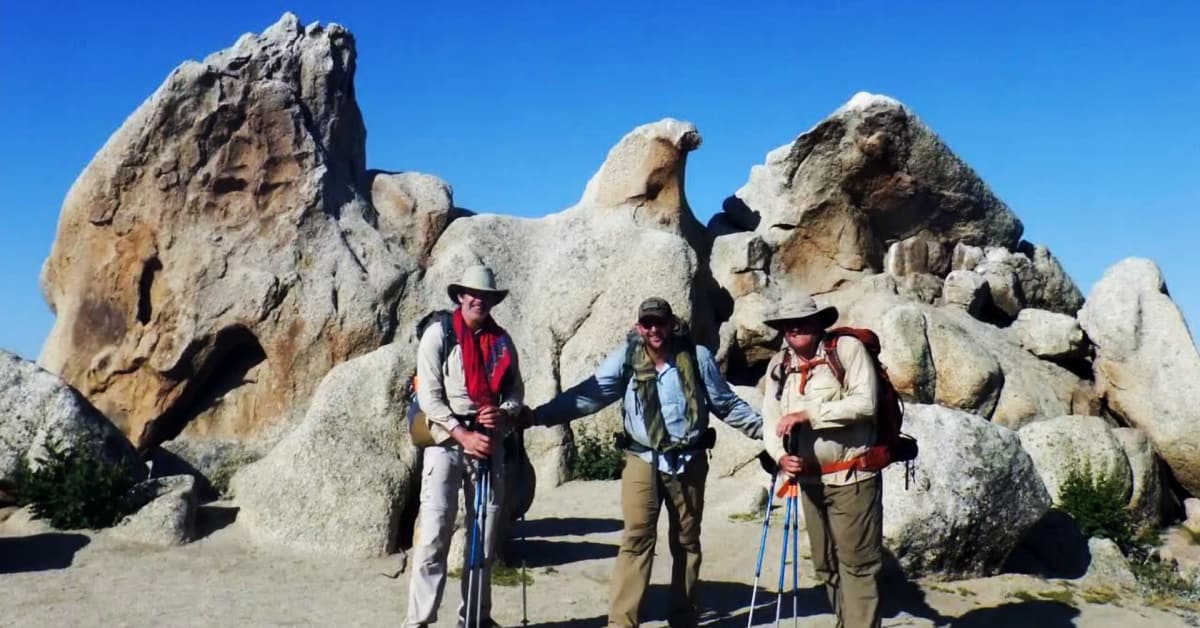 A while back a local TV station, King 5 News, in Seattle, Washington, did a story about two Afghanistan War veterans who tried something different to confront their stress issues. They took a walk. There is something about walking that can be very healing. Maybe it’s the pace, or maybe it’s the length of time that it takes to get anywhere. It is, by its very nature, meditative. It is usually done in, or through, the environments of nature; the countryside, the woods, the mountains, the coastlines, etc.

When one walks one has the time to think.

There are good reasons to go on a such a “pilgrimage.” The pace of walking through natural environments, affords one the ability to find the solitude and the silence one needs to be able to address the great inner questions about the meaning of one’s life. You walk away from the noise and the chaos of ‘the world’ that so often makes demands on your time and your energies. If you have a goal in mind, each step brings you closer to it. More often than not, it is the inner journey that is both more difficult and more rewarding than the goal.

Shawn White and Tom Bielecki decided to go on a physical pilgrimage, to walk the length of the Pacific Crest Trail. This trail covers some 2,700 miles along the Pacific Coast Ranges on the West Coast of America from Mexico to Canada. There is a great deal of beauty along the way, but it is also very challenging and difficult terrain at times. They started walking in April and completed the walk in September last year. It took them 5-1/2 months. They had their bad days when it would have been easy to give up. A couple of other vets who began the walk with them, dropped out along the way.


Bielecki did three tours in Iraq and Afghanistan before being medically discharged as the result of severe burns he received when an ammo box blew up near him.   He had been struggling with feelings of being alone, even when he was with his wife and family. He was in the middle of a two year bout with depression when he decided to take this walk. The walk had a truly healing effect on him.

At one point about halfway through the walk, when he reached Lake Tahoe, he felt something change.

“At that point I actually thought I can go home now. I feel a lot better about myself. I’m ready to move on.”

Sometimes you just have to “throw away the old maps.” You just have to keep putting one foot in front of the other and see where life takes you. A combat veteran is one whose courage has been tested in the crucible of life threatening battle situations. Sometimes our inner battles are more difficult to face than the external ones. But with the same courage and just a little hope, a pilgrimage like the one that Shawn White and Tom Bielecki took, might just be the ticket to finding a way back home for others as well.

We here at The Veterans Site send our thanks to both of these veterans for their service and their sacrifices.

We also send them our “Welcome Home!”