Recently, I had the honor and the very pleasant duty, as the Chaplain for my VFW Post 8870, to deliver our annual donation of gift cards to one of the Soldiers Homes run by the VA here in Washington State.

After having been there now, I will look forward to doing this again next year.

The Soldiers Home that I visited was the VA Soldiers Home in Orting, Washington. Orting is a community of about 7,500 people that sits in a lovely valley along the Carbon River, which is a 30 mile long river in Western Washington whose source is the Carbon Glacier on Mount Rainier. It flows into the Puyallup River at Orting which empties into Puget Sound at Commencement Bay near Tacoma. The surrounding area is both rich farm country and the foothills of the Cascade Range. The great volcanic peak of the 14,411 foot tall Mount Rainier is only 26.5 miles from Orting and it towers dramatically above everything else around it. It is strikingly beautiful country to drive through. 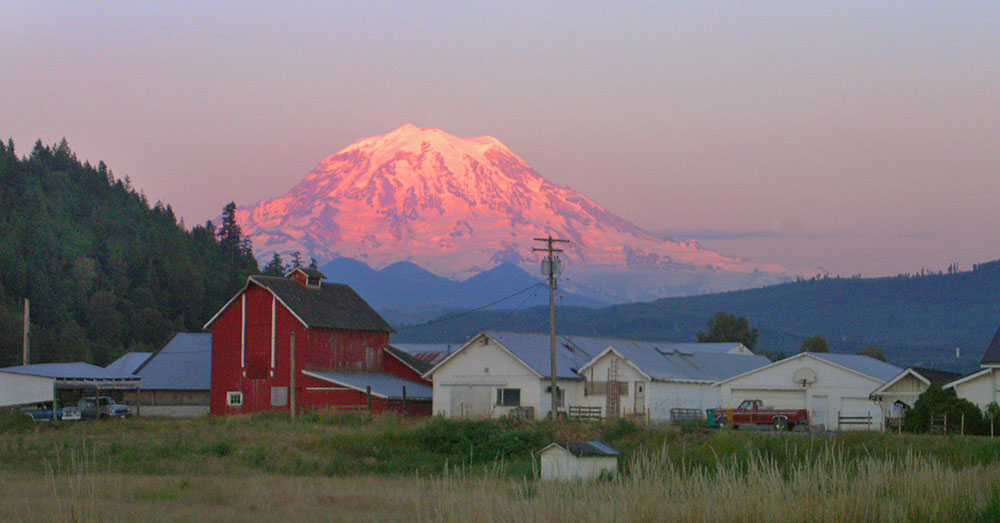 Each year at Christmas time, VFW Post 8870 donates $1500 of gift cards to the Orting Soldiers Home and another $1500 to a Soldiers Home in Retsil, Washington. It is a simple offering but it is much appreciated by the residents at these VA retirement homes. It is one of the ways that we in the VFW serve our fellow veterans, especially those who are in their older years and in need.

It is another way of living up to the phrase that we all know so well, “No soldier left behind.” 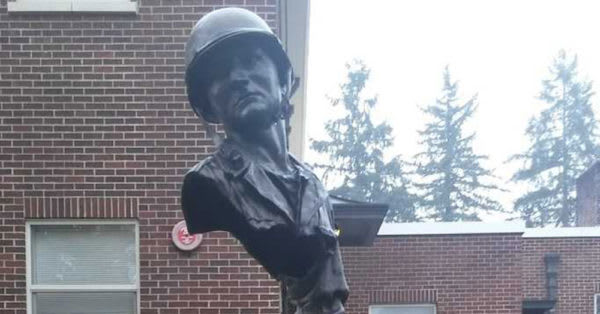 Photo: Dan Doyle
A statue outside the VA Soldiers Home in Orting, Washington.

At the Orting Soldiers Home there are very few left who are WWII veterans, a few more Korean War veterans and, at this point in time, the largest number of the residents are Vietnam veterans. These men and women veterans who served this country in their youth, that is, they are each, “Someone who, at one point in their life wrote a blank check made payable to the United States of America, for an amount up to and including their life.” They are now at a point in their lives when the United States of America has to step up and fulfill its duty to pay back some of the debt that is owed to those who served and sacrificed for the nation. This is done by the VA in providing these Soldiers Homes for veterans and we at VFW Post 8870 are doing our small part.

The Orting Soldiers home is in a beautiful setting on the edge of town. It is several acres of military style brick buildings that include residence halls, a chapel, a recreation hall and commons building for larger events and a library, as well as a nursing home facility. There are presently almost 80 veterans who are being served in the nursing facility. The grounds are well kept in the military style as well, as you can see in the video.

Outside of Recreation Hall I found a very powerful sculpture by Larry Anderson a local Tacoma, Washington artist that incorporates a poem by George Skypeck called simply, “Soldier.” I am including a picture of this piece and the text of the poem below:

I was that which others did not want to be.
I went where others feared to go,
And did what others failed to do.
I asked nothing from those who gave nothing,
And reluctantly accepted the thought of eternal loneliness
Should I fail.
I have seen the face of terror;
felt the stinging cold of fear;
And enjoyed the sweet taste of a moment’s love.
I have cried, pained, and hoped…
But most of all, I have lived times
Others would say were best forgotten.
At least someday I will be able to say
That I was proud of what I was…
A Soldier.

This poem expresses the thoughts of a veteran very well. We are proud of what we were: soldiers, sailors, airmen, Marines, and Coast Guardsmen. Most of us can look back on those days in our youth when we put our lives on the line and gave some, while others gave their all, and we can say with some pride, we served when others wouldn’t. We faced fears that were beyond our imaginations and still acted, did what had to be done, on behalf of our brothers and sisters who fought beside us. No one can take that away from us. 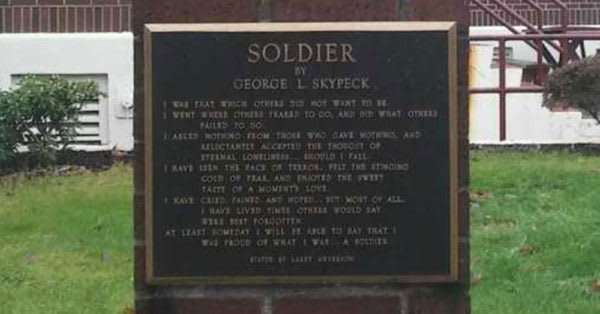 We must not forget those who served and who have grown old and who now need our care and compassion in thanks for what they did for us, those many years ago. They must not be left behind. The men and women veterans of VFW Post 8870 know them as our brothers and sisters and encourage others to get involved in some way with a local soldiers home in your states, or local communities.

Many of those older veterans at the Soldiers Homes have family that visits them, but there are always some who have no one to visit them. That is loneliness beyond the speaking of it. This is just another way that we can say thank you to those who served us in times of war and in times of peace.

The Veterans Site sends its thanks to all who served and who are now living in Soldiers Homes all across the country. We honor and thank those who serve them as well, that is, the nurses and nursing assistants, the cooks, the janitorial and maintenance workers, and the administrators who serve them daily.