The True Story Of ‘Operation Detachment’ At Iwo Jima

“Operation Detachment” was the designated name for the Battle for the Japanese held island of Iwo Jima. This would prove to be one of the bloodiest battles in the island to island struggle to push the Japanese back to their home Islands during the late months of WWII.

The battle would be fought by 110,000 Marines and Navy Corpsmen from the 3rd, 4th, and 5th Marine Divisions and the U.S. Army’s 147th Infantry Regiment. Iwo Jima was defended fiercely by approximately 21,000 Japanese troops. By the end of that battle there were 26,040 American casualties; 6,821 KIA and 19,217 WIA. The Japanese fought to the death, according to their Samurai tradition of bushido, losing 18,375 troops KIA and only 216 were captured. 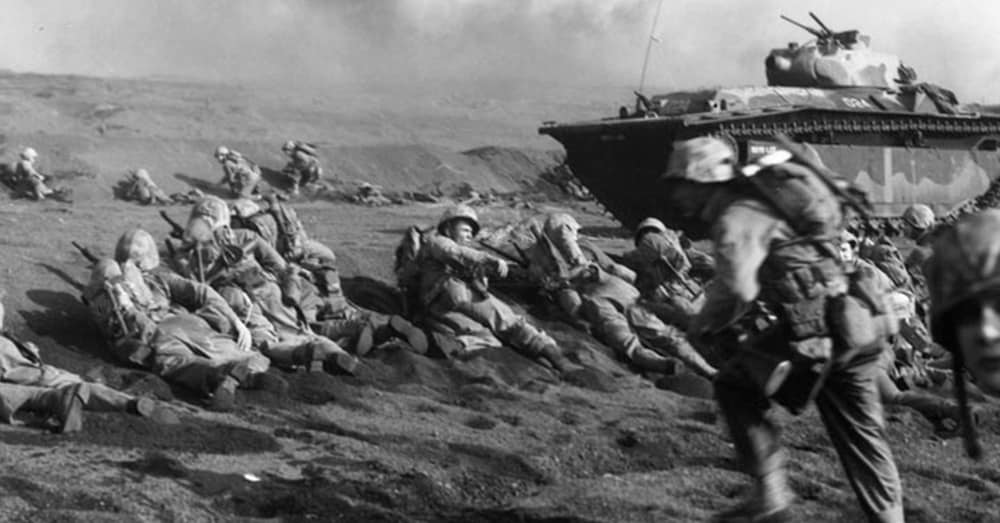 Source: Wikimedia Commons
Marines move ahead on the island of Iwo Jima.

On February 23, photographer, Joe Rosenthal, took the famous picture of six Marines raising the American flag on top of Mt. Suribachi. They were from E Co., 2nd Bn., 28th Marines. This famous photograph was actually of the second raising of the flag that day. That photo would earn Rosenthal a Pulitzer Prize for Photography that year.

That picture would be used in 1957 by Felix de Weldon to sculpt the famous Marine Corps Memorial, otherwise known as the Iwo Jima Memorial, which is located next to the Arlington National Cemetery in Arlington, VA. 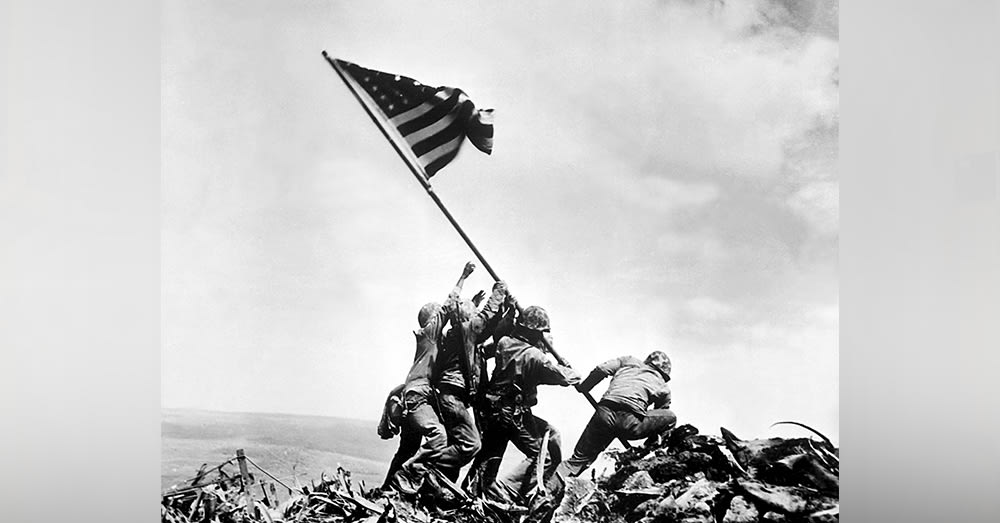 Before that flag was raised over Mt. Suribachi, the Marines had been in a hell of a fight for five days and had already taken heavy casualties. The struggle to the top of Mt. Suribachi had to go through a maze of heavily fortified and camouflaged Japanese positions. It was some of bloodiest fighting of the early part of the battle.

When the Marines down below saw that flag waving above Mt. Suribachi it raised their morale, but it was not the end of the fight for Iwo Jima. In fact, three of the Marines who were in that famous flag raising photo, Sgt. Michael Strank, Cpl. Harlon Block, and Pfc. Franklin Sousley were killed in action on Iwo Jima within days after the flag raising. 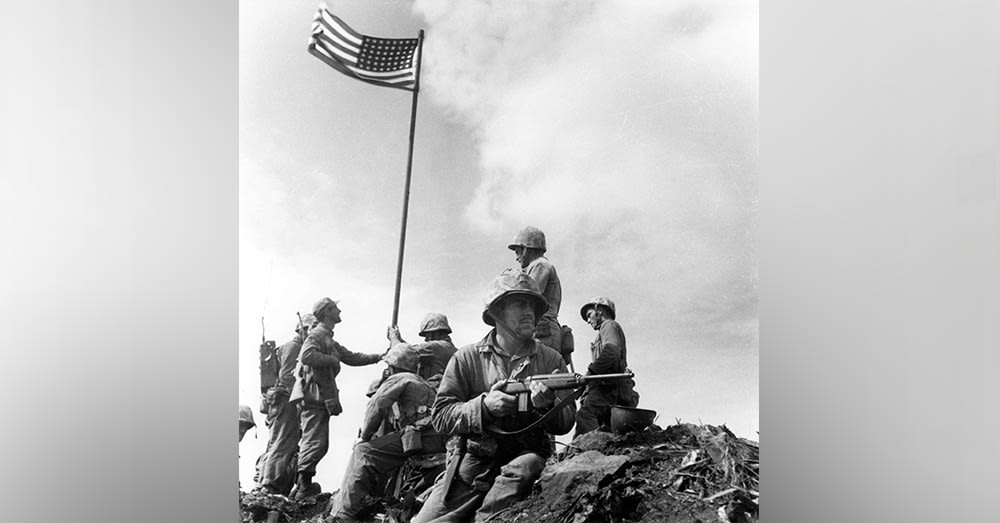 The other three, Pfc. Rene Gagnon, Pfc. Ira Hayes, a Native American, and Navy Hospital Corpsman, John Bradley, would be taken back to the United States and become “celebrities” traveling around the country to help raise War Bonds to help pay for the war.

The Veterans Site wishes to honor the 73 anniversary of that moment in WWII and Marine Corps history during the battle for Iwo Jima. The war effort would continue to go island to island for another five months. Once again we have this opportunity to lift up the memory of those who fought in that war against the tyranny of Fascism and Japanese Imperialism.

They truly can be called America’s Greatest Generation. We will never forget.