Four Soldiers Are Going For The Gold On Olympic Bobsled Team

Team USA just got a boost from the U.S. Army for the 2018 Winter Olympics Games! Four soldiers, including one Green Beret, have been selected to compete on the men’s bobsled team. Army Sgt. First Class Nathan Weber, Sgt. Justin Olsen, Sgt. Nick Cunningham, and Capt. Chris Fogt are among the 12 men on the U.S. Olympic Men’s Bobsled Team competing in February’s games being held in PyeongChang, South Korea.

Justin Olsen and Nick Cunningham will be pilots for two of the three Team USA bobsleds, with Nathan Weber and Chris Fogt competing with Olsen in the same sled.

Three of the soldiers are Olympic veterans, with one newcomer to the team. Sgt. Justin Olsen is an Olympic gold medalist, having competed in the Vancouver and Sochi Olympic games. This will be the first time he takes the reins as pilot, however. Sgt. Nick Cunningham and Capt. Chris Fogt also competed in the Vancouver and Sochi Olympics, winning a bronze medal in Sochi. For SFC Nathan Weber, this will be his first time competing in the Olympics — and his story of training while on deployment is absolutely remarkable! 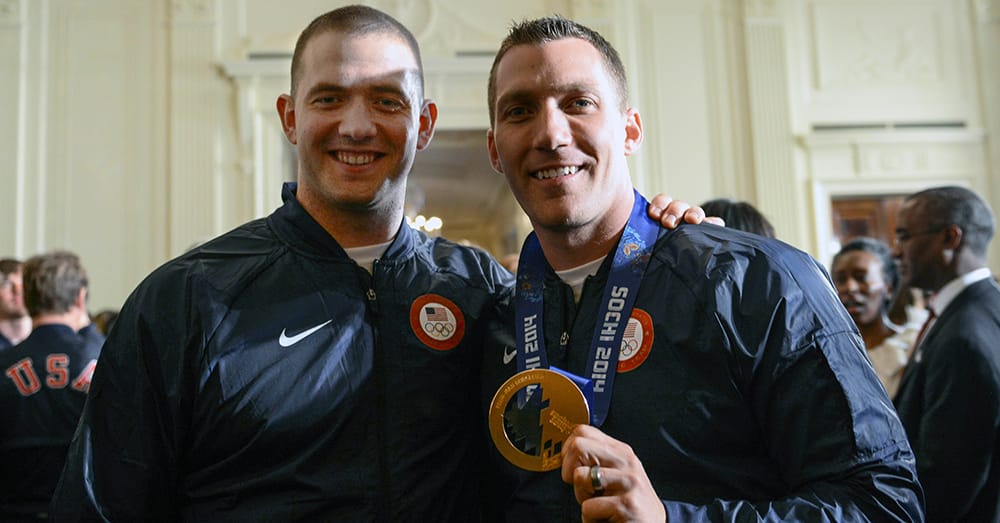 Army Sgt. First Class Nathan Weber has been training for four years to make the Olympic bobsled team, and he hasn’t let anything get in his way or slow him down — not even multiple deployments overseas. Having joined the Army after graduating high school, Weber tried out for special forces after two years and became a Green Beret. While on deployments in Africa, Weber would train and lift weights in the middle of the night due to the daytime heat (reaching 120 degrees!) and being on patrol all day.

Last summer, however, Weber was on deployment in Afghanistan with the 10th Special Forces Group. While running 40-yard sprints in the desert, the group came under attack from mortar fire. As a mortar overhead was shot down, Weber thought of taking cover but then felt his adrenaline kick in and used it to just keep running sprints.

“Everybody was looking at me like, ‘What is this lunatic doing?'” Weber said at the time. “But I’m not going to let anything get in front of me and getting on this Olympic team.” 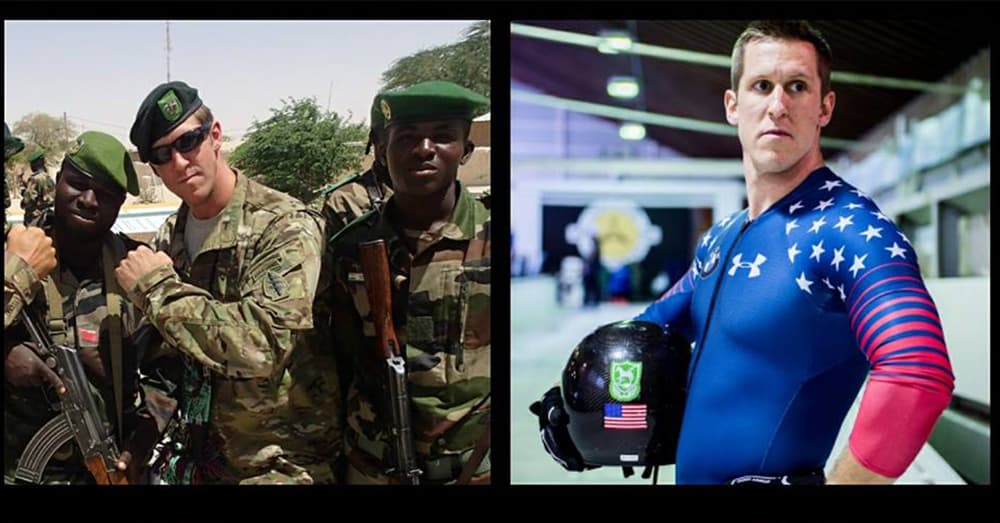 With that kind of fighting spirit and four Army and National Guard Soldiers in the bobsleds, Team USA is poised to take home more medals at this year’s Winter Olympic Games.

Other veterans and military personnel competing in the 2018 Winter Olympics for Team USA include three soldiers in the luge: Sgt. Emily Sweeney, Sgt. Taylor Morris, and Sgt. Matt Mortensen. Two more soldiers, Spc. Travis Cooper and Pvt. Cody Johnson, will soon find out if they have secured spots on Team USA for the biathlon.

These soldiers and others are part of the Army’s World Class Athlete Program, which allows them to train for and compete in Olympic and Paralympic games while remaining a member of the U.S. Army, including Active Duty, Reserve, and National Guard members.

Watch this interview with Sgt. First Class Nathan Weber about training for the bobsled while deployed around the world!