Richard Overton is an amazing man and one tough old bird. Having served with the famous 1887th Engineer Aviation Battalion during WWII, Overton is believed to be America’s oldest living veteran and is now celebrating his 111th birthday at his home in Austin, Texas. He has an in-home caretaker and family to support him, but even at 111-years-old, he is mentally sharp and still gets around. He spends most of his days on his front porch talking with his family and neighbors.

What may be most surprising about Overton’s longevity — he still smokes several cigars and drinks whiskey every day.

What else is on the WWII veteran’s daily routine? Coffee in the morning, lots of milk and soup, and butter pecan ice cream every night. “It makes me happy,” Overton said of his diet.

From interviews with Overton, living a simple and happy life seems to be the secret to living a long life, but he admits that he doesn’t know when he’ll go, and neither does anyone else. 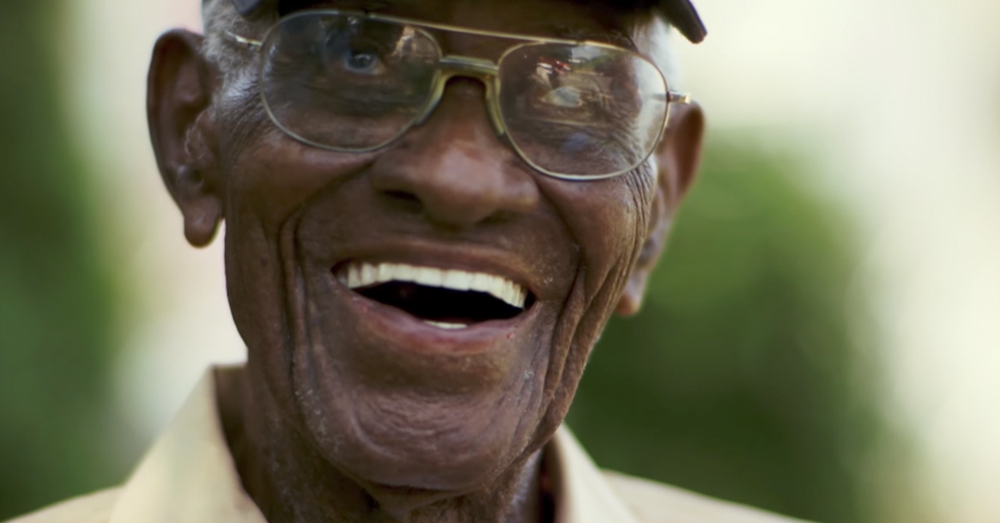 Overton was drafted into the Army in 1942, where he served in the Pacific Theater, including Hawaii, Guam, Palau and Iwo Jima, with the 1887th Engineer Aviation Battalion. He was decorated for his service, and has since been honored on multiple occasions by presidents and dignitaries for his service. After the war, he settled in Austin, Texas, where he built the home he still lives in today.

Last year, he was faced with the possibility of being moved out of his home and into an assisted living facility, which his family said would have been a “death sentence” for the still independent supercentenarian. That was because his caretaker started to get up in years and needed care of her own. Overton’s cousin, Volma, with help from his daughter, started a crowdfunding campaign online to raise money to pay for a caretaker and his medical needs. Volma Overton, who lives down the street from Richard, estimated that it would cost $180,000 for a year of 24/7 care for Richard. Thanks to generous givers online, they have already raised more than $120,000, which means Richard will continue living in his own home.

Keeping his life simple and happy — and long — the World War II veteran is turning 111 by sitting on his porch every day, smoking cigars and drinking whiskey, staying active in his community and church, and spending time with family.

We at The Veterans Site thank Richard Overton for his service and wish him a very happy 111th birthday!

Watch this interview with Richard Overton about his service and his long life.