Warfare in the 20th century took a new turn with the invention of the airplane. During WWI, when the plane was still in its infancy, military thinkers began to see that it would change the way wars would be fought for the foreseeable future. The engineering and the size of planes expanded exponentially over the first four decades of the century until we saw the German Luftwaffe’s use of them at the beginning of WWII. 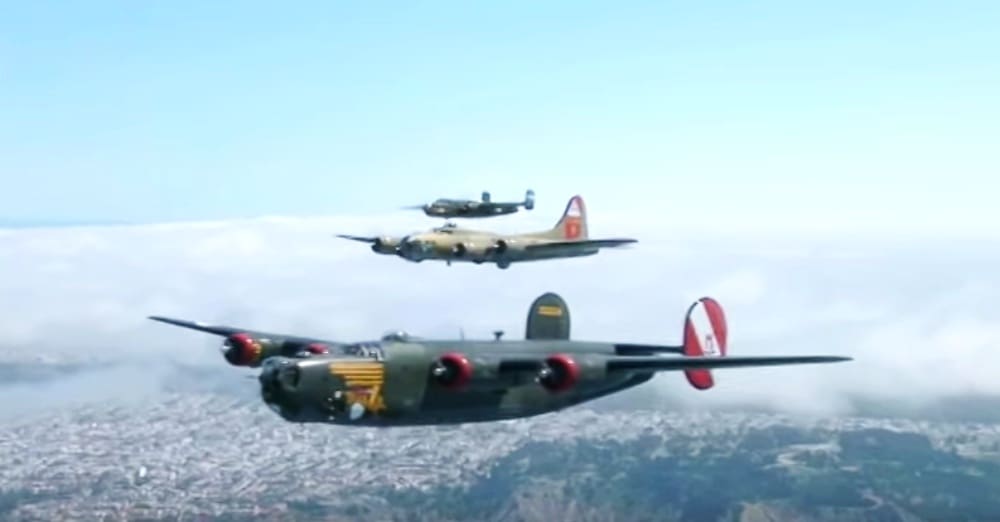 American planners saw that the Germans were far superior in their use and understanding of the power that planes would bring to bear on the battlefield. Boeing engineers started working on the development of a bomber that would be sturdy, heavily armed and with long range ability. They came up with the B-17.

The B-17 was built to be as fast as most fighters and she was bristling with heavy machine guns. It could carry a huge bomb load as well. This plane made it possible to attack and destroy production centers, supply lines, and military targets deep within the German Empire. But only 13 were built before the war. By the end of WWII over 12,000 would be delivered to the U.S. Army Air Corps and other air forces.

According to the History Channel, the B-17 E model was delivered to the U.S. Army Air Corps in April of 1942. It had four 1200 horsepower engines and could fly at 250 miles per hour, and had a flying range of over 2,000 miles. The plane was also built tough and ready to defend itself. It carried a crew of ten and was armed with anywhere from ten to thirteen 50 caliber machine guns.

The E model had some new advancements as well including both a rear turret gun and a ball turret gun on its underbelly. This is why the B-17 was called the “Flying Fortress.” B-17s also carried a bomb load in excess of 17,000 lbs. They were the most iconic and recognized bombers of the war in both the European and the Pacific theaters.

Did I say they were built tough?

Among the famous B-17s was one fortress called “Old 666.” That was its actual tail number and the plane had a reputation for being bad luck. It had sat on the edge of an airfield in the South Pacific for a long time because every time it went up it got hit. That is, until a particular mission came up and she was needed again.

A crew of nine men, who had their own reputation as misfits, volunteered for this solo mission that was to be undertaken without fighter escorts. The pilot insisted that she be fitted with extra machine guns for the mission. When Old 666 had been fitted out per the pilot’s specifications, they took off on the mission to take photos of Japanese outposts on Bouganville Island. As they approached their target, they looked down on a Japanese air strip and could see that fighters were being sent up after them. Within minutes they were surrounded by 17 of Japanese fighters.

The Zeroes attacked the B-17 relentlously, but the “Old 666” crew fought back ferociously. The “fortress” was heavily damaged in the battle. The nose gun section was in bad shape. Every part of the plane was riddled with bullet holes. All but three of the crew members were either wounded or dead. The pilot was badly wounded and bleeding during the encounter as well, but managed to keep maneuvering the fortress to give his gunners the best targets and to reduce the B-17’s profile as the Zeroes attacked. 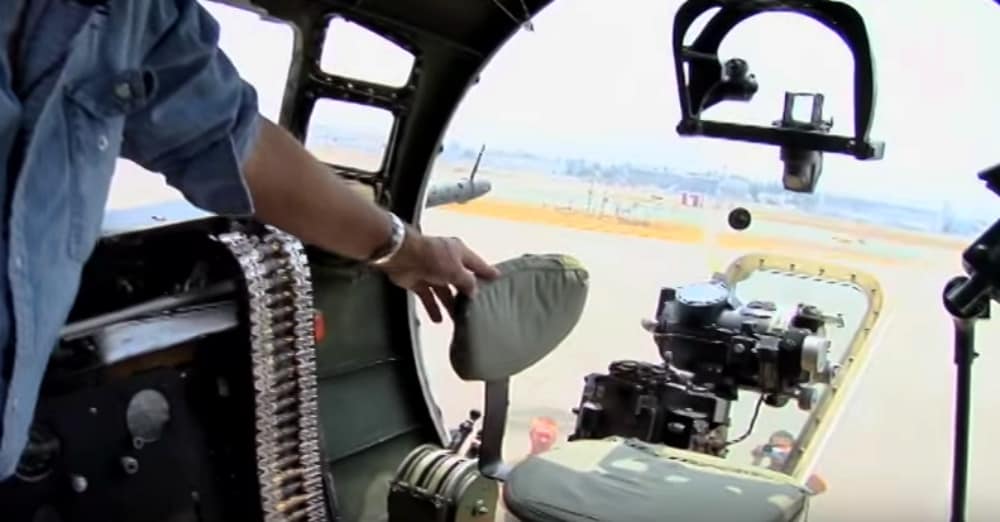 All of this happened over a period of 45 minutes. But during that time the crew of the B-17 was able to shoot several of the attacking Japanese planes out of the sky. The rest of the Zeroes, running low on fuel, withdrew from the battle and “Old 666” was able to limp home. For their actions that day, the pilot and the bombardier were awarded the Medal of Honor, the latter posthumously. The rest of the crew received the Distinguished Service Cross. They were the most highly decorated air crew in WWII.

The Boeing B-17 Flying Fortress was a magnificent machine. During its use in the military it unleashed over 640,000 tons of bombs over targets in Europe and the Pacific. They and their crews brought destruction to the enemy with unprecedented power, speed and skill. They paid a heavy price too. According to an article about the surviving B-17s, of the 12,731 B-17s produced from 1936 to 1945, over 8,000 were lost in either combat operations or training accidents. The numbers of crewmembers lost is staggering.

The Veterans Site wishes to thank all those who fought in B-17s during WWII. Your efforts were among the most important in the effort to defeat the Nazi and Japanese war machines.