On Monday, March 12, 2018, the Bellingham Police Department recieved a call from Kelly Martinez, the mother of a 6-year-old boy with autism. She’d called to report that her son’s bicycle had been stolen three days earlier, and, although it had since been found, it was badly broken.

Some kind neighbors had already tried to help Kelly repair the bike for her son, Levi, who was understandably distressed over the incident. Their efforts, however, proved futile. 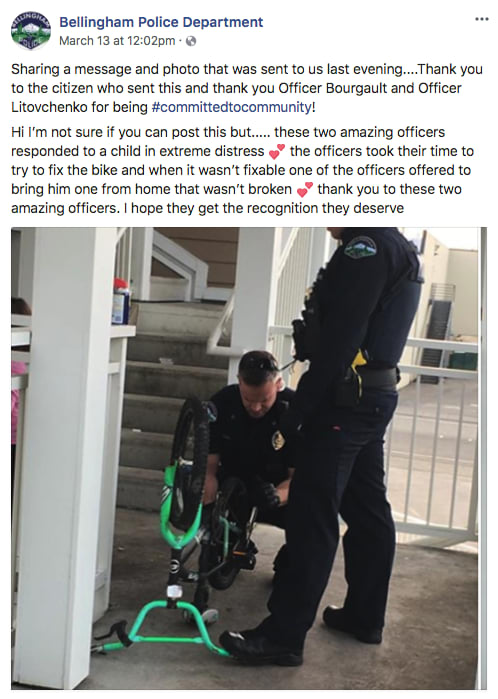 “Those two officers spent more than 45 minutes trying everything they could to fix the bike,” says Kelly. “It meant a lot to me, and it meant a lot to Levi for them to go above and beyond.”

After determining that the bike was beyond repair, the officers left—but not before promising Levi they would return again to bring him a bike that wasn’t broken.

The next day, the officers delivered on their promise and brought Levi a new bike. Kelly says their kindness has made all the difference to her and her son. 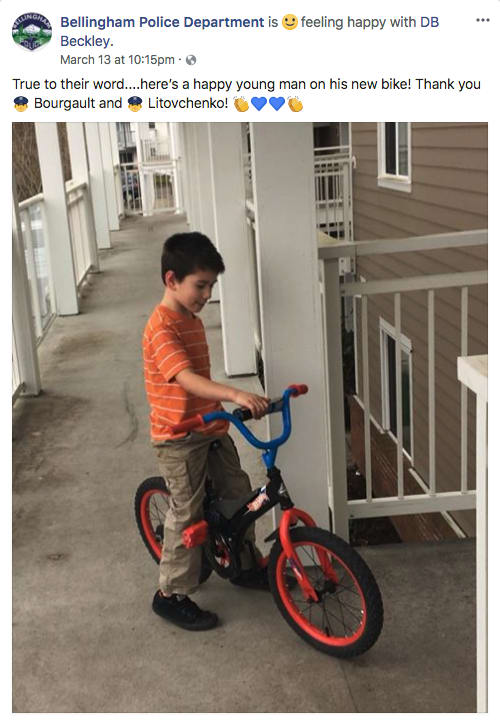 “He was really happy, and he hasn’t been off it since. It made a big difference for him….I can’t explain how much it meant to see them go out of their way to help Levi.”

Thank you, Officer Bourgault and Officer Litovchenko, for your demonstration of compassion for a distressed boy with autism and his mother. The world needs more caring people like you!

Click “next” below to read about the soldiers who crashed a birthday party for a young boy with autism.