Cold War nuclear waste long thought to be safely contained under the Greenland Ice Sheet could be exposed by the end of this century if warming trends continue in the Arctic.

The United States military built Camp Century on Greenland with the permission of the Danish government in 1959, taking advantage of its remote yet crucial position on the globe. They advertised it as the Army Polar Research and Development Center, where as many as 200 trained specialists were mastering the secrets of survival. In reality, it was a nuclear missile launch site.

The base was expanded under the ice. Huge tunnels were engineered to house missiles pointed toward the Soviet Union. But as the Greenland Ice Sheet began to shift, the massive network of warhead-filled ice tunnels–Project Iceworm as it was known to the military–quickly lost effectiveness.

The camp was decommissioned in 1967 and abandoned without forethought. Under the constant snow of Greenland, many assumed the vacant remains and hazardous waste would quickly fade into the ice. For a time, that’s exactly what happened, and if those who visit the site where Camp Century once stood will see nothing but barren white.

But that’s changing quickly. William Colgan, a physical geographer at York University in Canada, shared with NPR his findings at the site, along with unclassified records of the camp. 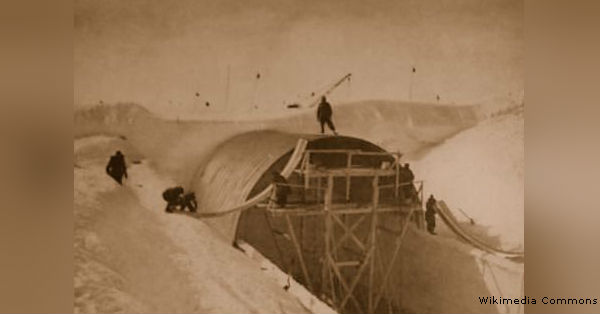 “They thought it would snow in perpetuity and the phrase they used was that the waste would be preserved for eternity by perpetually accumulating snow,” Colgan said. “Well, we might not be looking at preservation for eternity any longer. It might be like preservation for the next century or so.'”

Colgan and his team of researchers published their findings in an article for AGU Publications. They also described the materials left behind when the camp was left in the ’60s: radioactive cooling water, diesel fuel, human waste sumps, and other toxic compounds. Colgan says there is actually no record of what is actually still under the ice, but that there’s no doubt it could ignite a political dispute if Arctic ice continues to melt. 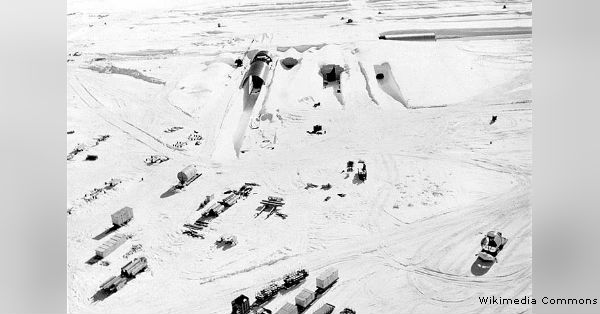 According to James White, a climate scientist at the University of Colorado in Boulder, it was foolish to believe eternal preservation under snow in the first place. 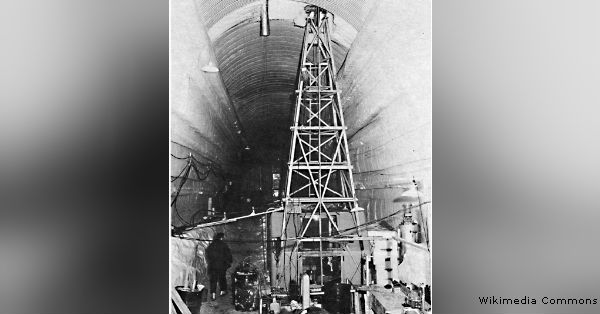 Colgan has estimated the site will move from a net snowfall to a net melt by 2090 but recommends that clean up process wait until the waste is exposed, as beginning now would be costly and ineffective.

“Once the site transitions from net snowfall to net melt, it’s only a matter of time before the wastes melt out; it becomes irreversible,” he said.

In 1946, the United States came to the people of Bikini Atoll in the Marshall Islands with a proposition: if they evacuate their homes, the U.S. can perfect the nuclear bomb, and finally bring an end to humanity’s need for war. Residents agreed to relocate, confident they would soon return to their homes. Follow this link to read more about their story, and what scientists are finding at the area today.