In early December of 1941, America was attacked by the Japanese at Pearl Harbor and the nation was still in shock. That shock quickly turned to anger and to defiant determination. Within days of the attack at Pearl Harbor the a war fighting machine awakened and began preparing for the struggle that lay ahead, a struggle that would engage the courage, the commitment, and the dedication of the entire nation.

Just ten days after the bombing at Pearl Harbor, the war news and the build up to fight the war had come to the American heartland. In North Platte, Nebraska, the word got around that the men of the Nebraska 134th Infantry were going to be transported by train from their base at Camp Robinson, Nebraska, to an unknown destination.

Information like that was kept secret for obvious reasons.

In those days in rural America, the telephone systems were still structured commonly on shared “party lines.” The word of that troop movement got around quickly in the community of North Platte. Everyone knew the train would be stopping at the Union Pacific Station in North Platte at around 11 a.m. on the 17th of December. 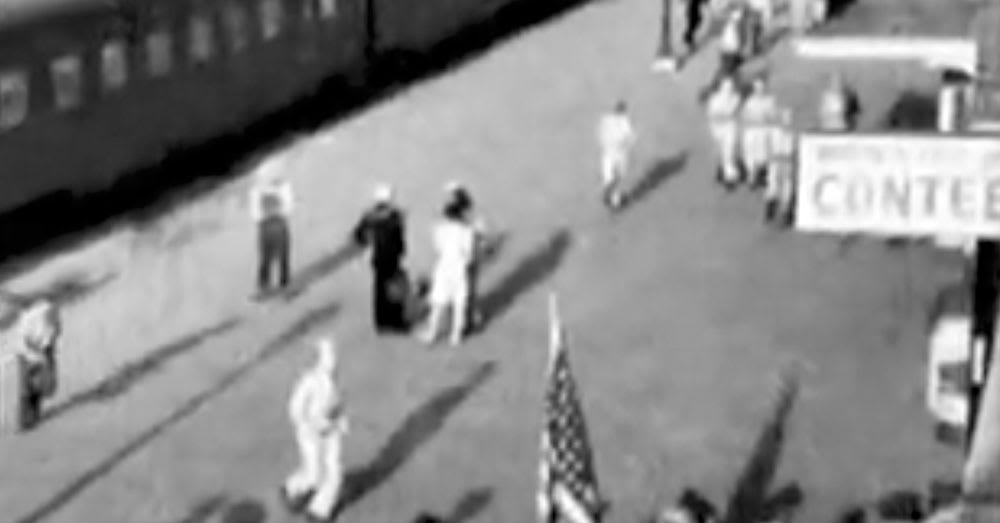 On that cold December morning, a small group of people gathered at the Union Pacific train station by 11:00 am to greet their boys and to give them a proper send off. A train finally pulled into the station just after noon, but it was not the one with the troops from the 134th Infantry. Another train was due to come through at around 3 p.m., so they all waited there and, because the word was still getting around, more people arrived at the train station to give their Nebraska men a good send-off.

That train did not arrive until 4:30, and when it did there were more than 500 local people waiting at the train station for the 134th Infantry. They had baskets full of fruit and cartons of cigarettes, Christmas gifts, and fruit cakes to give to their sons and friends as gifts for their travels. 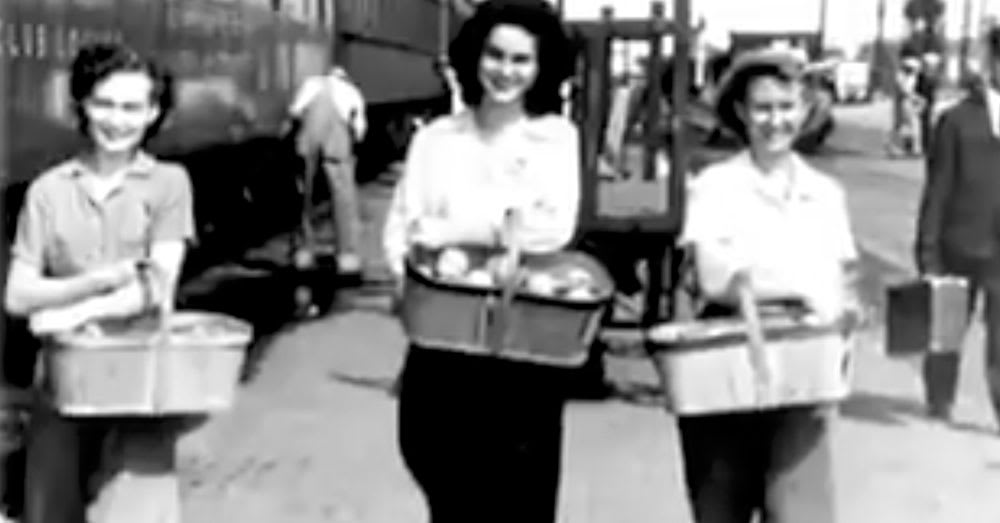 The trains were filled with other troops, and when the waiting crowd saw the looks of joy and excitement on the faces of those young men when they pulled into the station, their hearts melted. They gave what they had brought for their own boys to those on the 4:30 train and then waved goodbye to them as their train pulled away.

Many in the crowd cried openly as the train picked up speed and went down the tracks. They knew that many of those faces might never come back, and they knew the same would be true for their own fathers, sons, and brothers.

One of the people who had gathered there that day was a 26-year-old drugstore sales girl by the name of Rae Wilson. As she walked home from the train station that day, an idea began to grow in her mind. She thought that that it would be great to meet all of the troop trains coming and going though North Platte. She is the one who suggested that a Canteen should be opened up to provide hospitality to all the troops that would come through North Platte heading off to fight in the war.

And this is how the North Platte, Nebraska Canteen was born. 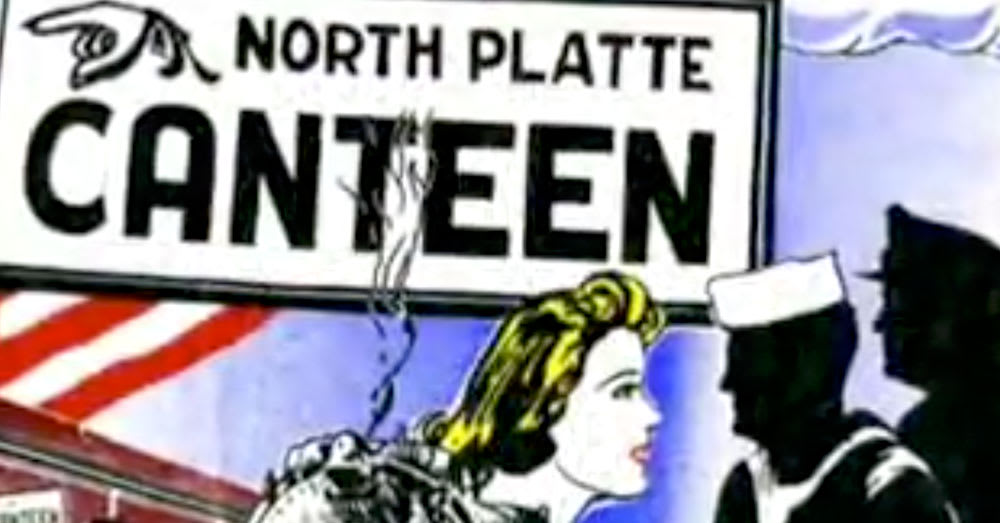 From Dec. 17, 1941 to April 1, 1946 the North Platte Canteen served over 6 million troops that passed through their town. All throughout that time it was staffed by some 55,000 volunteers who prepared and served sandwiches, coffee, cookies, cakes, and other “homemade goodies” to the young men and women who passed through that midwestern town in the middle of the great plains on their way to war and to very uncertain futures.

On a daily basis they had to shop for 160 to 175 loaves of bread, 100 pounds of meat, 15 pounds of cheese, 2 quarts of peanut butter, 45 pounds of coffee, 40 quarts of cream, 500 pints of bottled milk, and 25 dozen rolls. They would then turn all of that into sandwiches and beverages and gifts for the troops to have on their brief stop at that train station. This, of course, cost money. 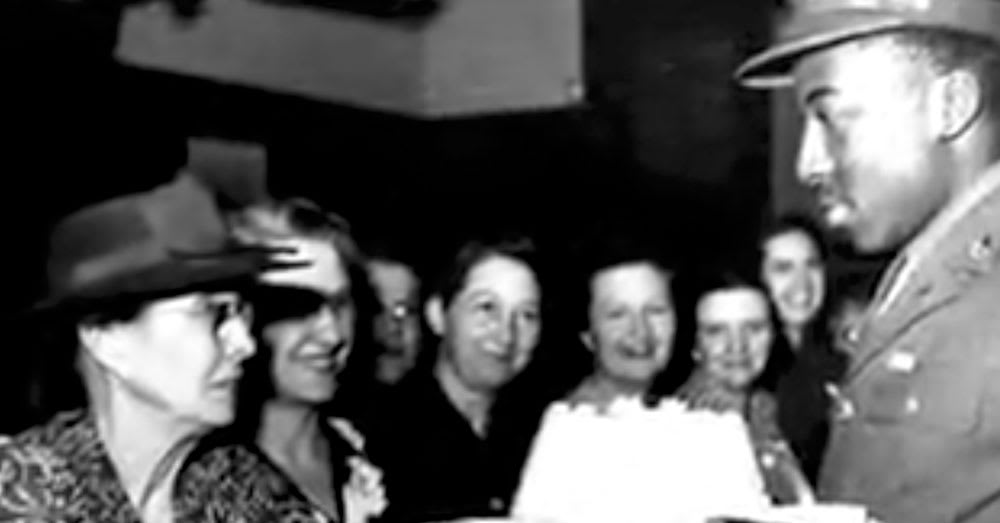 In the first two years of the Canteen’s operations they often were short on cash, but the donations started coming in and for the rest of the time they were in operation they were not only able to pay bills on time, but they were able to build a bank account as well.

One of the special things they did for the troops was to give freshly made birthday cakes to those troops who were passing through North Platte on their birthdays. The cakes were distributed for free and on the honor system. On average they gave out about 20 cakes per day and up to 600 per month. 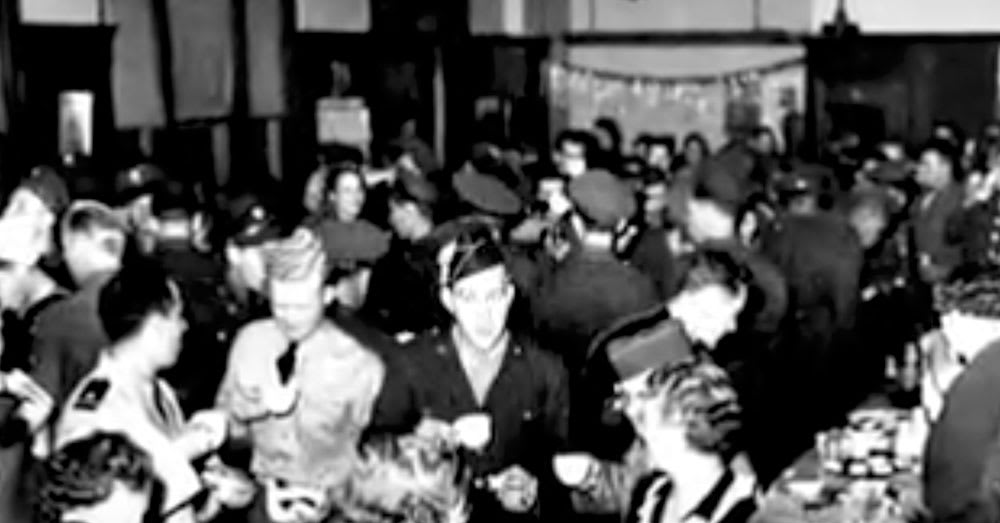 The North Platte Canteen was just another of the ways that Americans found to serve in the war effort. Theirs was a service was in the form of midwestern, small town hospitality and it was fondly remembered by those who went through there on there way to war during those difficult and trying years. Their service of hospitality was unstinting and full of kindness and generosity. They provided a brief respite, a little taste of home, to men who were already anxious about the futures that awaited them.

The Veterans Site would like to extend its thanks and praise to those who may still be with us who served in the North Platte Canteen from Dec. 17, 1941 to April 1, 1946. Your generosity and your love of country and for those who served in uniform was second to none.

Thank you for showing us the power of genuine hospitality.