It must have been like stepping into the gates of Hell.

Most of us alive today, even those of us who are combat veterans of the wars since WWII, can only imagine what it must have been like for the American, British, Canadian troops who went ashore on the beaches of Normandy on June 6, 1944. 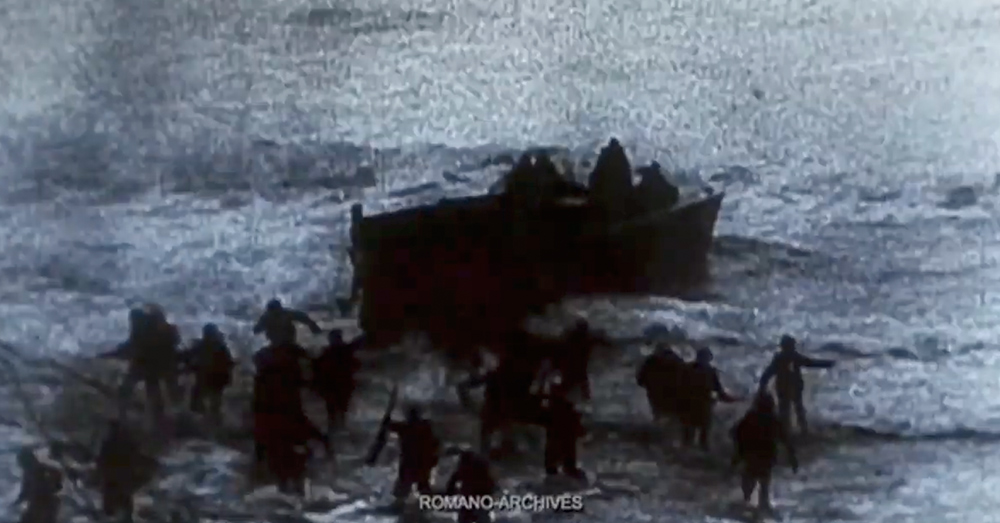 Source: YouTube/RiotShieldMan
The Allies stormed the beaches of Normandy 75 years ago.

Every combat veteran knows that all the planning in the world goes up in smoke as soon as the first shots are fired. Still, like all of us who have gone into battle, we can imagine that their thoughts were far more immediate and more personal.

On can imagine that as they got into those landing craft in their own small units, there was not much talking. The silent tension would have been palpable. Each man prepared himself in his own unique way, some praying, some stealing themselves against the possibilities. 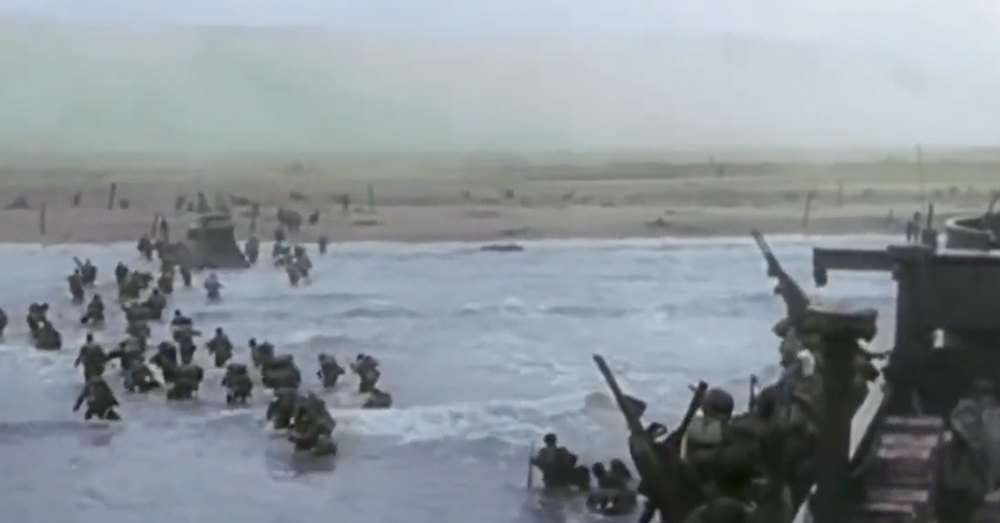 Source: YouTube/RiotShieldMan
Many were lost on June 6, as the Allies fought the Germans.

The powerful opening scenes of the Tom Hanks movie, “Saving Private Ryan”, give us some idea of what those moments must have been like.

This video tribute to those who went ashore that day uses cuts from the opening scenes of that film, mixed with actual footage taken on that day in a powerful tribute to the men of D-Day. It is voiced over with General Dwight David Eisenhower’s radio address to the troops and to the world that day. 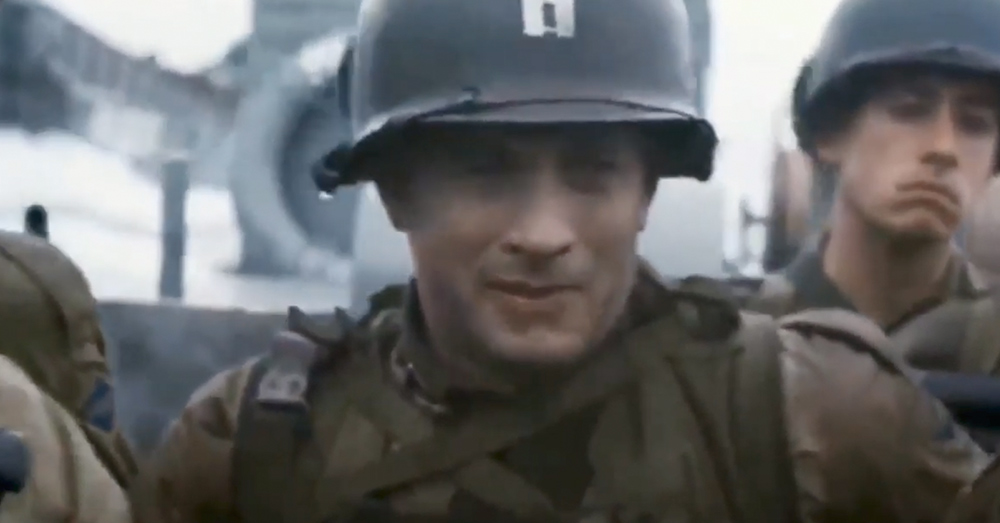 When those landing craft doors fell open they move forward into the frigid waters of the English Channel and struggled to get to the beaches under the fierce, withering fire of the German defenders, every thought must have narrowed down to the single, intense, monumental effort to simply survive. Yet, somehow, slowly, with fierce, even wild determination, they kept going forward. Though the casualties mounted around them, they advanced relentlessly toward their various objectives, and against all thoughts of fear, not willing to fail, they began to overwhelm the enemy defenses and to take the day.

What those men saw, felt, endured and did that day has gone down as one of the greatest battles in history. The horror that they charged into from those boats and the super human efforts of those men, both individually and cooperatively that day, humble all of us. It was their courage, their determination, in that hellish environment on those beaches and cliffs of Normandy that turned the tide of that war. It was the beginning of the end of the Nazi reign of terror in Europe. There would be much more blood spilled before the war was over, but what those men did that terrible day gave the momentum to the Allied side and it will never be forgotten. 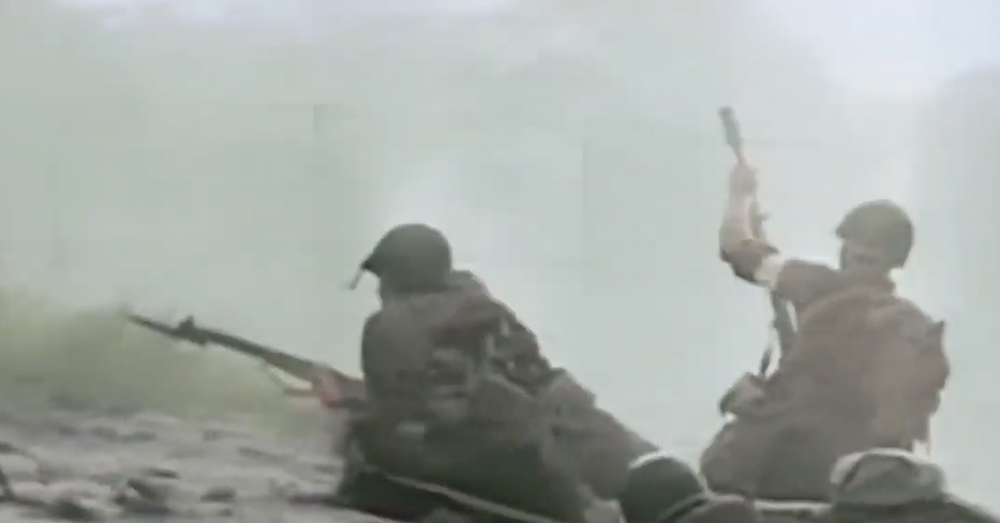 Source: YouTube/RiotShieldMan
The sacrifice these troops made in WWII will not be forgotten.

This year is the 75th anniversary of D-Day. It may very well be the last anniversary where actual veterans of that day will be present. Hundreds of thousands of people from all over the world will be at the Normandy beaches this year to remember these heroic men. May we all take a moment on June 6, 2019 to be silent, or to offer prayers of thanks for those who fought there that day, and for those 37,000 allied troops who fell on that single day in defense of freedom.

We cannot thank that generation of warriors enough for what they did there that day.

Honor, Grace, and Peace to all the veterans of D-Day. You earned the title of “The Greatest Generation.”